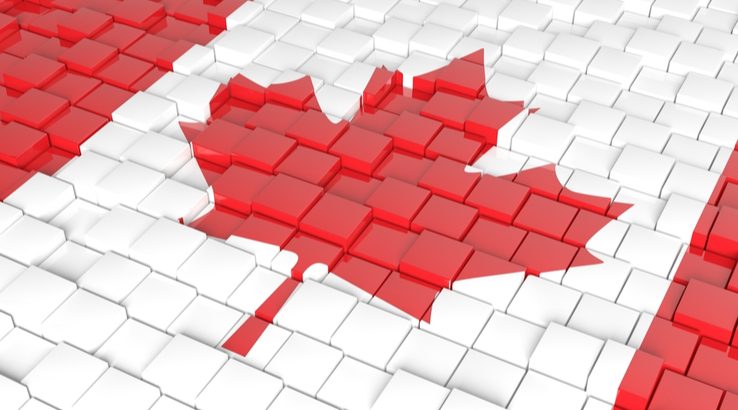 Canada's National Research Council has been diving into the blockchain, and you can take the system for a test drive.

If anyone doubts that the blockchain has simple real world applications, just show them the Canadian Government's Ethereum-based blockchain trial. You can see how it works, and a little bit of what it can do with the National Research Council (NRC) of Canada's prototype blockchain system.

It's currently being tested to track the grants given as part of the NRC Industrial Research Assistance Program (NRC-IRAP), and make sure the information if publicly and transparently available.

It shows where the money is going, from the largest recipients...

The problems it solves

It's a simple database that lets you search and check every single one of the 3,678 grants awarded by NRC-IRAP from 2016-2017. But because it's on the blockchain:

To pick out a recipient at random, let's take a look at Maya Heat Transfer Technologies Ltd, which received a half a million dollar grant in the third quarter of 2016. Simply click on "Details" and get essential information like the size of the grant, the giver, the recipient, the region, the purpose of the donation and the relevant scheme under which it's justified, plus a handy map showing the location of the receiving company.

All of this is powered automatically, and made publicly available by the basic information provided in the grant request.

Below the map, you'll see a section that looks like this, with the blockchain info.

This is where you can go for the fine details on the grants. If the grants were paid in cryptocurrency rather than Canadian dollars, this is where you could go to check exactly what happened to all the money. It's all just a test, so there's not a lot going on there right now. For those so inclined and with the right know-how, you can see the programming of each contract to see for yourself what each of them is doing.

From here you can go to Signed Contract (or Transaction ID > From) to see check out the main address that NRC-IRAP used to assemble this entire system, and the smart contract behind it all. Once again, you can see the programming language for yourself so anyone with the right know-how is able to verify that the system is doing exactly what it should be.

At this main address, you can see all the transactions. Most of these show the addition of grant recipients to the main ledger. Go right back to the beginning and you can see when the project was started.

You can also take a look at the involved tokens if you want.

It looks like NRC got involved in the Kitchan Network (KCN) ICO, and Propy (PRO).

From here you can follow the KCN and PRO if you want. For example, the 1,000 KCN in this contract account came from another now-empty account that took delivery of a few million KCY, and has been doling it out to hundreds of other addresses. Like the NRC contract we started at, each of these other addresses also received 1,000 KCN. This suggests that the NRC-IRAP contract we started at is just one test among many.

This is just an example of how effective and transparent blockchain technology can be, especially in areas like grants, political donations and other areas where transparent financial information is required. Appropriately enough, there's a lot to be learnt from transparent decentralised ledgers.

A beginner's guide to cryptocurrency.

Disclaimer: This information should not be interpreted as an endorsement of cryptocurrency or any specific provider, service or offering. It is not a recommendation to trade. Cryptocurrencies are speculative, complex and involve significant risks – they are highly volatile and sensitive to secondary activity. Performance is unpredictable and past performance is no guarantee of future performance. Consider your own circumstances, and obtain your own advice, before relying on this information. You should also verify the nature of any product or service (including its legal status and relevant regulatory requirements) and consult the relevant Regulators' websites before making any decision. Finder, or the author, may have holdings in the cryptocurrencies discussed.
Picture: Shutterstock