Colombia eyes a future as a blockchain and tech hub 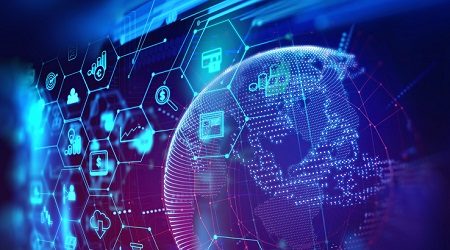 The blockchain innovation plans went down almost as well as the talk of tax breaks for tech entrepreneurs.

Speaking at the ANDICOM conference in Cartagena, Colombian president Iván Duque outlined an ambitious plan, or his "obsession" as he called it, to position Colombia as a tech capital in the near future, local news El Tiempo reports.

The plan was wide-ranging, from the bread and butter elements of internet connectivity and speed, to audacious developments in AI, robots and blockchain technology.

In particular, Duque highlighted the need for regulatory advancement, the potential for blockchain technology in fighting corruption and the potential of a "marriage" between the public and private sectors through a series of tax exemptions for entrepreneurs that want to contribute to his vision.

The bones of the plan

Fifty percent of the country has last mile connectivity problems, Duque stressed, noting that improvement would be necessary to move the country as a whole towards more digital connectivity. He also announced plans to approve a digital czar, reporting directly to the president, to spearhead the digital migration.

In both modernising Colombia and following through on efforts to clamp down on crime and corruption, "government should start by setting an example," he said. "We take it seriously, we want a modern Colombia."

Blockchain technology specifically came up as a potential way of transparently tracking spending and the progress of funds through projects.

"If we want to overcome corruption, technology can be instrumental... blockchain and artificial intelligence to track public funds and detect anomalies in the management of resources."

"A marriage between the public sector and private investment will be required," he noted, saying "we have to define what type of regulator we want and move towards a single, modern regulator that understands the need for

"The Government must start by setting an example. We take it seriously, we want a modern Colombia, "said the president, before announcing that his administration will present in the coming weeks a legislative proposal to seek the deregulation of the sector and the expansion of the networks.

To achieve that ideal of connectivity, Duque said that "a marriage between the public sector and private investment will be required" and that implies, he added, to deregulate the sector. "We have to define what type of regulator we want and move towards a single, modern regulator that understands the need for transversal innovation".

The approach is broadly similar to other countries, such as Malta and Bermuda which have approached the potential of blockchain technology with what might be described as a kind of strategic deregulation.

It may be a valuable approach in the current environment. One of the key lessons learned from the rapid rise of cryptocurrency and blockchain technology is that there's a fine line between too little and too much regulation, and even falling behind the times can unintentionally inhibit innovation in a fast-moving space.

Big data also made a cameo in the context of successful earlier developments, with the president saying that in the last year and a half, an online police complaints system has seen 62% of complaints being made online, which allows better potential for identifying criminal patterns, geo-referencing criminal gangs and allocating resources more appropriately.

"The reform to justice, which we will present soon, will have a digital element to bring citizens closer to service and transform their relationship with the State," he said, suggesting that proposals for a national identity scheme - also well suited to blockchain technology - could make an appearance in the near future.

According to El Tiempo the highlight, at least for most attendees, was the president's talk of tax breaks for entrepreneurs. Among everything, that's what saw him wait for the applause to subside.