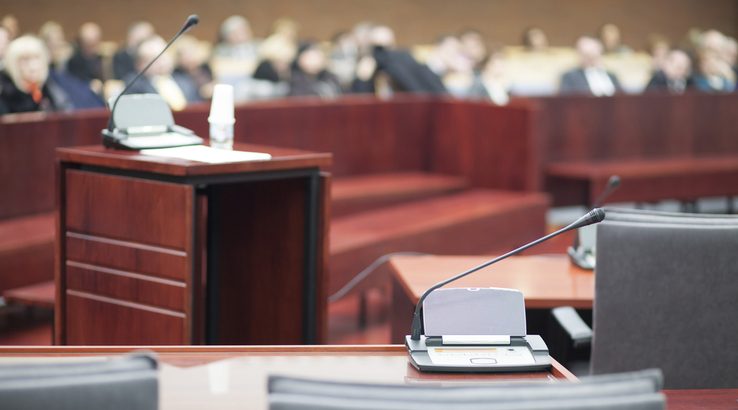 One lawsuit was lodged by someone who received bitcoin in 2013 but never bothered claiming it.

The Coinbase legal team must be busy. Two class action lawsuits were filed against the company in two days.

The lawsuit stems from the 20 December listing of Bitcoin Cash on Coinbase. Prices on the exchange spiked drastically after the token was launched, with some people cashing in and others inadvertently having their orders filled at much higher prices than they intended.

The lawsuit was filed "on behalf of all Coinbase customers who placed purchase, sale or trade orders with Coinbase or the GDAX in connection with Coinbase’s launch of BCH during the period of December 19, 2017 through and including December 21, 2017 (the “Class Period”) and who suffered monetary loss as a result."

On December 19, 2017, at 5 p.m. PST, Plaintiff attempted to purchase BCH within five minutes of Coinbase announcing that it was going to support BCH. Plaintiff’s orders were not executed until 1:06 p.m. December 20, at which time, Plaintiff learned that his order was executed and that he had purchased BCH at the inflated price of $4,200.98 per BCH. Plaintiff’s order was executed at prices 100% greater than the price at the time that he submitted his buy order."

As the suit explains the allegations:

"On 19 December 2017, a month after tipping off its own employees as to when it would commence fully supporting BCH, Coinbase suddenly announced that it was opening up its books to the buying and selling of BCH within minutes after its announcements. Unsurprisingly, those who had been tipped off, immediately swamped Coinbase and the GDAX with buy and sell orders, thinning the liquidity but obtaining BCH at fair prices.

The market effect was to unfairly drive up the price of BCH for non-insider traders once BCH came online on the Coinbase exchange. However, the remaining Coinbase customers were not so lucky... When Coinbase’s customers’ trades were finally executed, it was only after the insiders had driven up the price of BCH, and thus the remaining Bitcoin customers only received their BCH at artificially inflated prices that had been manipulated well beyond the fair market value of BCH at that time."

It's a fairly succinct explanation of what often happens whenever a hot coin is listed on a new exchange. The phenomenon has been dubbed "the Binance effect", referring to the quick price spike that follows a coin being listed on the prominent Binance exchange.

However, this lawsuit alleges that Coinbase staff unfairly used their insider knowledge to buy up ahead of time.

Only time, or a very prescient lawyer, can say which way this suit will go, but the ambiguous legal status of cryptocurrencies and exchanges might be a central point. Their characteristic volatility and complete lack of inherent value mean it might be a stretch to say that the cryptocurrency prices can ever be anything except fair.

Coinbase let users send cryptocurrency to people by email. Functionally this simply meant the recipient received an email telling them that they've been sent some cryptocurrency and to sign into or create a Coinbase account to claim it.

This lawsuit was filed by two different people who received 0.10 and 0.01 bitcoin by email in 2013 and 2014 respectively. Back then it was worth a few dollars, and they ignored the emails. Today the same amount is worth a whole lot more. They tried to recover it but the email links had gone stale.

The plaintiffs now want to get their bitcoin, all the proceeds from forks and airdrops, and compensatory damages (with interest) resulting from the Coinbase's "unlawful" holding of their rightful property.

"Plaintiffs seek... delivering such Cryptocurrencies as well as all “forks” thereof (e.g. Bitcoin Cash fork of Bitcoin), and “airdrops” related thereto (e.g., ERC20 airdrops of Ethereum related tokens), to Plaintiffs and the Class, and the State of California as appropriate."

These kinds of stories aren't uncommon. A lot of early bitcoin has left circulation, locked away in fried hard drives, wallets with forgotten passwords or owners that have passed away or simply forgotten that they ever received it. And now that it's worth something people are searching their memory banks for any amount they might be able to claim.

But the crux of this lawsuit is that Coinbase was running unfair business practices by requiring people to open a Coinbase account to receive their bitcoin and that the unclaimed cryptocurrency qualifies as unclaimed property. As such, Coinbase should have made more effort to hand it over to the rightful owners, and failing that, given it to the state of California.

But it seems unlikely that the state of California would even have wanted or been able to hold unclaimed bitcoin back in 2013, or that someone who didn't want to open a Coinbase account in 2013 would have preferred the option of setting up their own bitcoin wallet instead. Plus, back then actual classification of cryptocurrency was legally ambiguous. It might be a bit of a stretch to say that it qualified as "property" back then, rather than pure data.

The lawsuit requests a jury trial, which should be quite interesting to watch if it ends up going forward. But it seems reasonable to assume that these plaintiffs would be perfectly happy to settle out of court for an undisclosed amount instead.