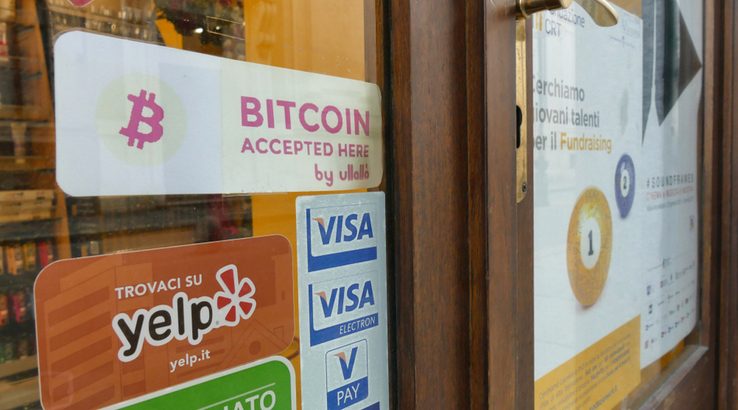 Coinbase, MetaMask and other crypto payment systems may be good news for both buyers and sellers.

Bitcoin began its life as a payment system and became widely used. Mostly for illegal purchases. But third party systems like those provided by Coinbase might see it become an increasingly popular online payment system going forward. Coinbase is now offering cryptocurrency buy and sell widgets for third parties. According to the company this system is already used by over 48,000 organisations, including Overstock.com, Expedia, PayPal and the WikiMedia Foundation.

Bitcoin was making significant inroads as a payment method, with a range of third party providers cropping up. But progress slowed considerably as bitcoin hit the wall of its scaling problem, and many businesses ended up dropping bitcoin after initially accepting it. The Coinbase system might also provide some insights into how these problems can be accounted for, even without a resolution to the scaling problem.

These developments, and others such as those offered by MetaMask, are overcoming some of the inherent problems with bitcoin, while also highlighting the potential benefits of cryptocurrency over conventional fiat currency payment methods.

One of the main problems with accepting bitcoin payments is accounting for volatility. The Coinbase system gets around that by simply letting businesses instantly convert bitcoin payments to fiat. Essentially they can accept bitcoin payments which go to Coinbase, and then Coinbase pays out the correct fiat currency amount each day (with those fiat transfers taking 1-2 business days).

One of the other problems is the relatively high transaction fees, and slow transfer times which tend to plague the bitcoin network whenever its prices rise.

Coinbase avoids this issue by moving funds largely within its own network, and allowing customers to pay from their Coinbase wallet as well as from a bitcoin address. This means transactions are only sent between bitcoin wallets if a customer chooses to pay from an outside bitcoin wallet, in which case they'll be responsible for the fees. Otherwise it's simply moving bitcoin around within the Coinbase wallet, which can be done almost immediately and at no cost.

Plus, the crypto company also touts the benefits of no chargebacks while still allowing refunds to be issued, and the potential savings this can bring through fraud minimisation.

At the same time, Coinbase has also introduced a way for users to buy cryptocurrency through a web widget. Essentially people can just embed a "buy crypto" widget on their sites, and users can then purchase cryptocurrency directly through the site.

"Users don’t have to leave your site or app to buy digital currency. In about a minute, even users who’ve never purchased digital currency before can make a purchase," it explains.

This is made possible through crypto-compatible browsers. Users can buy when using either:

Plugins like MetaMask are also taking significant steps in their own right. In particular, by accepting all ERC20 (the Ethereum network token standard) tokens as payment, the world of online shopping could get a range of other features. Some of these might be overcoming issues like volatility by letting people spend stablecoins like Dai online.

Other benefits might come through the use of in-browser Ethereum dApps. For example, merchants could let users set up their own payment plans as desired within certain parameters, or allow multiple people chip in for one large purchase. Other ERC20 tokens, such as REQ, could also be integrated into payment systems, to offer features like automatic tax withholding as appropriate, the creation of digital purchase documents and almost anything else.

One day all of this could be almost entirely automated, and set up at very little cost. At this stage the remaining hurdles are largely regulatory, rather than technological.