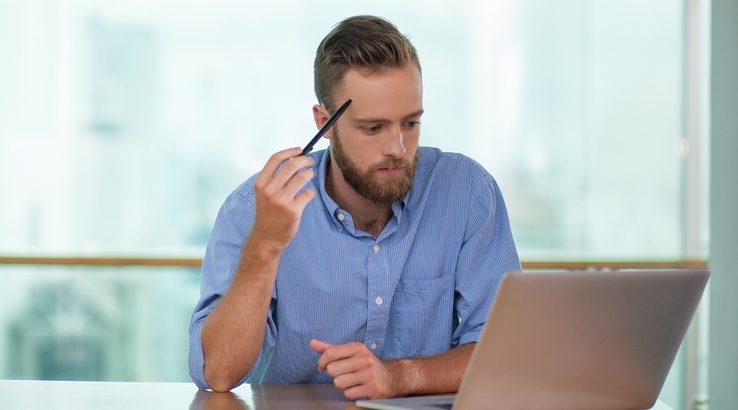 Using research from psychology and behavioural economics, you can become a better decision-maker.

Cognitive bias is the term used to describe a collection of mental shortcuts, rules of thumb and filters used by the brain in decision-making. They allow people to process information in a time-efficient manner which leads to increased decision-making. Due to this, there is a trade-off between efficiency and accuracy. Psychology and behavioural economics have provided decades of research on the topic and its effects on investor behaviour. This article will explore some of the most common types of cognitive bias revealed by that research and frame them in light of the present-day cryptocurrency market.

The first piece of information we read or hear about a subject forms the lens through which we view all subsequent pieces of information about that topic. A classic example of this is in salary negotiation, whereby whichever party makes the first offer sets the price-point (anchor) around which all other offers will be compared to (adjustment).

In cryptocurrency, this bias is often reported by new entrants in the marketplace assessing the price of a coin for the first time. Being a highly volatile asset class, the price of any given coin has the ability to swing by large percentages in a single day. As a result, people anchor themselves to the first amount they see, and if the price goes up, they resign themselves to the sidelines because they believe they missed their chance. They find it difficult to adjust their expectations of current value despite projections of future value.

Confirmation bias is one of the most notorious types of cognitive biases as it pervades every inch of life. It is the tendency to seek out and value information that confirms existing beliefs and opinions, while simultaneously ignoring or refuting information that challenges those same beliefs.

While its relevance to all aspects of trading cannot be understated, it is perhaps easiest to identify during bull and bear markets. For example, if a trader reads a rumour that a certain coin is going to partner with an established business which could potentially see the price spike, they will give more attention to subsequent pieces of information that support this view, and ignore – or give little weight – to sources that are neutral or dismissive of the news.

This effect has been shown to become amplified when the individual becomes emotional. For instance, if a person sinks a large sum of money into a coin in the hopes its price will surge, but the coin dips instead, they will find it difficult to exit their position on the coin as they will give increased weight to hopeful news, even if it is in dwindling supply.

This heuristic (a mental shortcut) occurs when people make a judgement on the likelihood of a phenomena occurring based on how easy it is to recall information about that phenomena. This cognitive error is particularly abundant among investors who rely heavily on social media to make their decisions. If a coin is heavily shilled (advertised) across social media, then someone is more likely to make a judgement about it based on this readily available information, rather than other sources which lie out of reach, even if this goes against their better judgement. The prevalence of this heuristic in cryptocurrency has led to the popular saying “Do Your Own Research” (DYOR).

Cryptocurrency is arguably in the midst of one giant bandwagon effect as this is a cognitive bias often seen during bull markets and rapid asset-class growth. The bandwagon effect, or herd mentality, describes the increasing probability of an individual adopting a belief as they come into contact with more people who hold that belief, regardless of the individual's own views. That is, the influence of the herd overcomes the intrinsic beliefs of the individual.

In addition to the cryptocurrency market at large, this is particularly prevalent in altcoin markets, whereby coordinated social media campaigns are used to suffocate individual decision-making and exploit the bandwagon effect.

This is a logical fallacy (different to a cognitive bias, but highly relevant) which occurs when an opinion from someone in a position of authority is believed because of that person’s authority, rather than the quality of the argument made. The fallacy manifests in two distinct ways:

The first example is the easiest to identify and challenge. It is especially prevalent due to the 24-hour news cycle and social media where commentary from celebrities and authorities is overvalued and under critiqued. In cryptocurrency, platforms like Twitter play host to all sorts of personalities looking to give their two satoshi’s worth of advice on cryptocurrency. Furthermore, just because someone is an expert in blockchain technology does not necessarily make that person an expert trader or visa-versa.

The second example is much harder to identify and challenge as society has taught spectators to trust the opinions of experts in their given subject area. Furthermore, most spectators lack the expertise themselves to challenge the proposed views. However, there are strategies you can employ to help prevent making a logical misstep, such as asking “What does this person have to gain by spreading this information? What is their income stream? Who are they affiliated with?” Often experts in the crypto space will have multiple affiliations, so it is always worth questioning their motives.

How can you avoid cognitive bias?

Unfortunately, there is no foolproof method for avoiding cognitive bias; however, simply being aware of the various types of bias and how they manifest is extremely useful in mitigating their effects. Repetition is key for learning, thus reading articles such as this repeatedly are absolutely necessary for anyone looking to overcome these effects. Furthermore, critiquing one's own decision-making process and checking it against this list may help protect against the negative effects of cognitive biases on trading cryptocurrencies.