Circles.Life outperforms all other mobile providers with its $28 plan 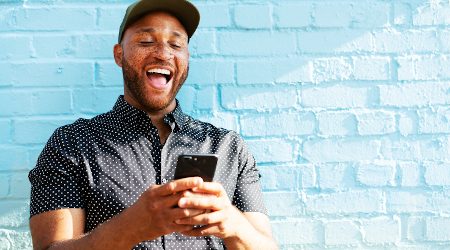 Update: This offer has now been extended until 8 July for a sixth (and likely last) time!

Circles.Life has cut $10 per month off of its 100GB plan for the end of the financial year, reducing it to just $28 monthly. While it might not be as common a household name as Telstra and Optus, Circles.Life is making waves with this massive data deal. This high-value offer expires at 7pm on 26 June, but anyone who manages to get in on it will enjoy the $10 discount for a full year.

This deal was originally offered as part of the Click Frenzy bonanza back in May, but it has since been extended four times due to its popularity. We're not sure if Circles.Life will extend it again, so this might be your last chance to hop on board.

To give you an idea of how good a deal this is, we've lined it up against similar plans from the Big Three providers plus two popular MVNOs, amaysim and Boost Mobile. Here's how it looks if you grab it with the promotion:

As you can see, most providers offer about 30GB at this price point, equating to around $1/GB. Circles.Life's discounted plan provides nearly three times that value.

While MVNOs are known for offering better value compared to the Big Three providers, Circles.Life is still clearly superior in terms of raw data value.

Although Circles.Life offers plenty in the way of data, it's otherwise a pretty basic plan. It certainly doesn't win out on features, especially when compared to the likes of Telstra with its data-free Apple Music and sports streaming, Optus's and Boost's data rollover between months and Vodafone's international call inclusions.

That said, these other features are only a draw if you're actually planning to use them, and data rollover isn't so important when you've got so much to play with every month in comparison.

Keep in mind that most of the other compared plans above are prepaid, meaning bill shock isn't an option since you pay for usage ahead of time. Circles.Life's plan is postpaid month-to-month and does charge for excess data. However, it has a bill-shock feature built in where it notifies you that your allowance is exhausted and gives you a free 3GB buffer when you run out of data.

How does it compare with other big data plans?

We've seen how Circles.Life stacks up against similarly priced plans, but here's how it fares against 100GB data plans from the Big Three.

Again, Circles.Life's promotional deal comes in way ahead in terms of pricing, costing less than half what its closest competitor charges for the same amount of data. You could save up to $37 per month by going with Circles.Life when you compare it against the most expensive of the above selection – Telstra's 100GB plan for $65. That said, these big providers have other features that could be useful for you, so it's worth comparing.

Note that while Vodafone and Telstra boast "endless data" on their mobile plans, data past your limit is capped at a speed of 1.5Mbps. To put that in perspective, average 4G speeds on the Telstra network are usually 40Mbps. This means it would take you about half an hour to download a file that would normally take a minute at full speed.

Circles.Life is a relatively new mobile provider, but it claims to be interested in giving power back to the consumers and working on digital innovation. It's known for its flash offers, so make sure you get in fast if you're keen on taking advantage of its discounts and deals.

When it's not offering a crazy 100GB for $28, Circles.Life only offers one plan that costs $28 per month for 20GB. While this would usually be a pretty decent value offer, compared to its current 100GB plan, which costs the same price, it's a no brainer as to which one offers better value.

You can check out Circles.Life's simple set of plans below.