Christmas gift giving: Are we doing it wrong? 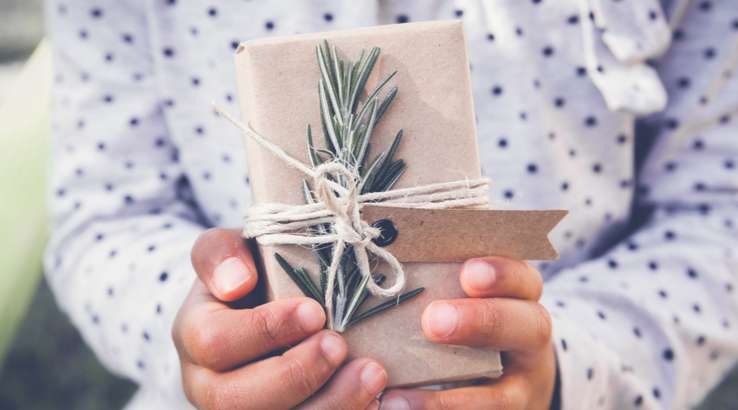 Australians will spend almost $9 billion on Christmas gifts and wrapping alone, yet most gifts won't be used.

The shops have been buzzing for weeks already as shoppers run around looking for the perfect Christmas gifts for family, friends and colleagues. There are a few different figures floating around in the media regarding how much money we're about to spend as a nation on Christmas, and they're all in the billions.

But are we getting Christmas gift giving all wrong?

According to recent research by ING, Australians are planning to spend almost $9 billion this year on Christmas gifts and wrapping for those gifts. New research by CommBank found that 85% of Australian millennials are spending up to $1000 on Christmas gifts this year, and 15% of millennials are spending even more than this. And gifts are just one part of the $25 billion we plan to spend collectively this Christmas on things like gifts, wrapping, food, alcohol, decorations, travel and more.

This gift giving is not only costing us money, it's also stressing us out. According to research by LEGO, almost two-thirds of Australian aunts and uncles say they're scared about being "present shamed" from their niece or nephew, with nine in ten saying they'd rather do household chores like cleaning the bathroom than go Christmas shopping. But according to the research, they're so desperate to be seen as the "cool aunt" or "cool uncle" they're prepared to spend $313 million on gifts for their siblings' kids.

And it's no wonder we're so stressed out. ING's research found a third of Australians feel disappointed when they get a gift that's been wrapped without much effort, and 54% of us admit to feeling disappointed or annoyed when we get given something we know we won't use. And the worst statistic of all; 75% of Australians acknowledge that they don't always use the gifts that they receive throughout the festive season.

This raises the question: Why do we insist on buying things for family and friends when it gives us anxiety, stresses us out and chances are the gifts might not even be used?

The pressure to spend over the Christmas period is leading to more financial stress and post-Christmas debt to repay. According to RBA figures analysed by Finder, Australians borrowed $29 billion in December last year, which is an average debt of $1,727 each. One in five Australians said they'll take longer than three months to pay off this debt, with 5% saying it will take them over a year to pay it off.

General manager for retail and online at Good Shepherd Microfinance Corinne Proske said they're already seeing increased demand through Speckle personal loans. "There's a lot of stress and anxiety around this time of the year, and you've got people spending beyond their budgets. We're already starting to see the run on credit on Speckle at the moment. It's definitely picking up. All of our loan programs from October to December become twice as busy."

If you're feeling the financial strain, consider getting crafty and making your own gifts this year, or suggesting Secret Santa so everyone is only buying one gift. To avoid gifts going to waste, ask your friends and family to send you a few options of what they might like to receive, and get them something from that list. This way, you know the gift won't go unused and there's still the element of surprise. Or you could even suggest a gift-free Christmas (chances are your friends and family are also feeling a bit anxious and will jump at the chance to go gift-free, too). After all, it's Christmas – it's meant to be the most wonderful time of the year, not the most stressful.