These destinations are renowned for going all out for Chinese New Year.

Street parties, lion dances and decadent banquets will be held in the lead-up to and during Chinese New Year across Asia, including Hong Kong, Macau, Taiwan, Singapore, Thailand, Cambodia, Malaysia and, of course, China.

For anyone travelling to see the celebrations, we suggest you get there early and stay at least two weeks. Celebrations begin the evening before Chinese New Year and continue through to the Lantern Festival, which is 15 days later. And don't forget to check out our deals on travel during Chinese New Year.

Here are our picks of the best of the best you should see at least once in your lifetime: 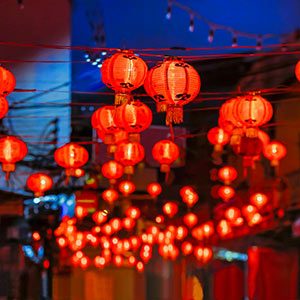 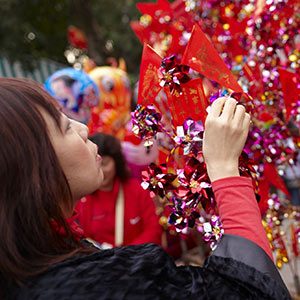 Blending old traditions and customs with modern practices, Hong Kong's Chinese New Year is like no other. The festivities often run for an mind-boggling 15-days during which time the city come alive with markets, fireworks, food stalls, florals and red glowing lanterns.0000

In 2020, a four-day carnival hosted in celebration of the Year of the Rat will be held from 25-28 January in West Kowloon Cultural District, Art Park.

Watch the brilliant, 26-minute firework show over Hong Kong's Victoria Harbour. Board an 80-foot yacht and dine on a hot and cold dinner buffet, sip unlimited wine, beer and soft drink and get lucky red envelopes. 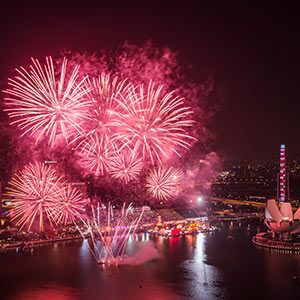 The anticipation for Chinese New Year in Singapore is stifling. An annual countdown in the city's Chinatown begins three weeks prior with an official opening ceremony that includes fireworks and performances.

Arrive a week before Chinese New Year and you'll witness the street’s pre-war shophouses, temples and clan houses lit up in a spectacle of old meets new. 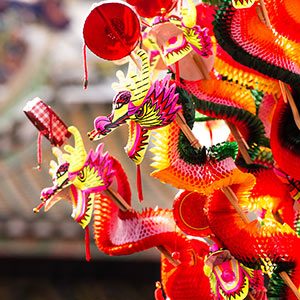 Although the three-day-long celebrations in Bangkok are short, they most definitely are sweet.

The party opens with the Thai Princess, who partakes in the celebrations throughout the New Year. Bangkok’s Chinatown becomes a display of bright red and gold as floats, dancers and drummers parade down its streets. As the night wears on, the parade’s long dragon is lit up in LED lights to guide the way.

Lanterns glow throughout the streets and the night is further lit up with the crack and sparkle of firecrackers. 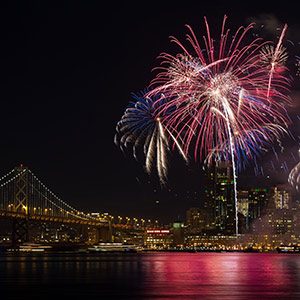 Proving that you should never underestimate the party power outside of Asia, San Francisco hosts a Chinese New Year celebration worthy of the trip.

Boasting one of the oldest Chinese New Year celebrations outside Asia, its parade draws in over a million onlookers annually and consists of over 5,000 performers. 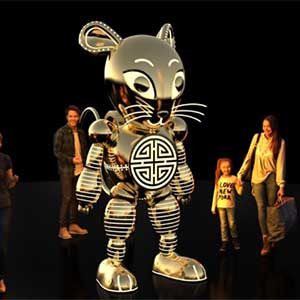 Sydney is hosting a Chinese New Year festival from 25 January - 9 February 2020, with dozens of events across the city. Lunar lanterns will be scattered throughout the city poised in the shape of the zodiac signs in honour of the beginning of the Year of the Rat.

The Galeries is celebrating with an art exhibition by Chris Yee, lion dances and bespoke Lunar New Year dishes at select outlets. Junk Lounge is offering a three-course banquet between 25 January and 9 February and Cruise Bar is offering a dumpling pop-up bar from 5pm in the bar's courtyard on the same dates.

Melbourne's Chinatown hosts a Chinese New Year festival with this year's event starting on 22 January and running until 5 February.

Rats will squeak in celebration as roving performers entertain throughout the day, light installations bright up the evening and food stalls fill your bellies with all the good stuff.

Have little ones? Scurry over to LEGOLAND Discovery Centre on 25 January for a day of lunar new year fun including dragon building activities and a Lunar New Year mossaic built by Master Builder Kieran Jiwa. Or, head to SEA LIFE Melbourne where you can see underwater dragons swimming and create your own jellyfish lanterns.

For one day and one day only Chinatown Mall in Fortitude Valley will be overrun with luck and joy. It celebrates the Year of the Rat on 1 February with lion dancers, fire shows, traditional music and cultural performances.

Hundreds join in to witness the stilt performers, ribbon dancers, paper cutting workshops and a fire cracker show. Starts from 10am on Saturday.

Adelaide's China Town is set to light up with celebrations and lanters over Chinese New Year. Make sure you're around on Saturday 1 February especially for the annual street party on Gouger Street.

Available on select rental dates until 11 December 2021 across Australia and New Zealand. Must book 21 days in advance. T&Cs apply.

Yes you CAN visit these Game of Thrones filming locations