Chinese cars in Australia: Which should you consider?

Chinese cars are experiencing a surge in popularity. Which ones should you consider?

China is an industrial powerhouse. For many years, it's produced many of the gadgets you rely on every day or at least some of the components making up those devices.

However, Chinese cars haven't experienced the same level of demand, until recently.

The last VFACTS, from April 2019, demonstrates just how much China's car builders are growing. Compared with the same month in 2018, MG sold 126% more vehicles, Great Wall had 114.9% additional orders and Haval saw a ridiculous 263.6% spike in sales.

Here are the Chinese car manufacturers operating in Australia as of May 2019.

MG sold the most cars of any Chinese manufacturer in April this year. Currently, the company sells three models in Australia: the MG3 small hatch, the MG ZS SUV and the GS "fun-sized" SUV. Next year, the company plans on launching what could be the most affordable electric car in Australia, with the MG eZS. 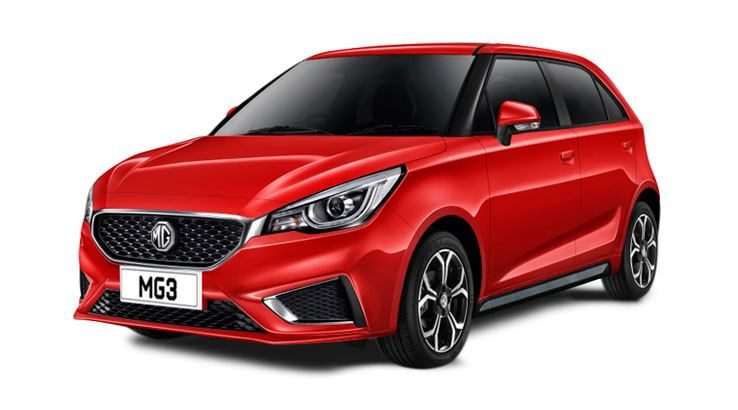 The MG3 hatch looks marvellous, a bit like a Suzuki Swift but with a crisper profile. The base model has a 1.5-litre petrol engine, 4-speed automatic gearbox, 15" alloy wheels and an 8" touchscreen with Apple CarPlay (even some established automotive giants like Toyota don't have this in all their cars yet). You can currently purchase an MG3 from $15,990 driveway, with free metallic paint.

The MG3 was received fairly positively by motoring journalists who liked the design, build quality, long warranty, sporty interior and connectivity, but it was universally knocked down for a lack of an official ANCAP crash rating. 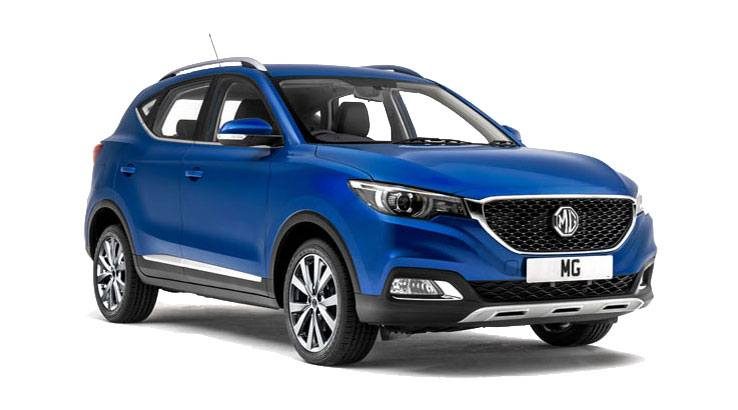 For those in the market for a modern looking compact SUV, MG makes the ZS. The ZS gives buyers the choice of either a 1.5-litre naturally aspirated petrol or 1.0L turbocharged engine (also petrol) and every model as standard comes with:

In short, it's quite a lot for your money. The ZS currently is on offer from $22,990, with free metallic paint. Car reviewers said with the ZS, you can expect a high quality and well equipped interior. The design is also pretty contemporary; the front end appears to be inspired by Mazda and Jaguar. 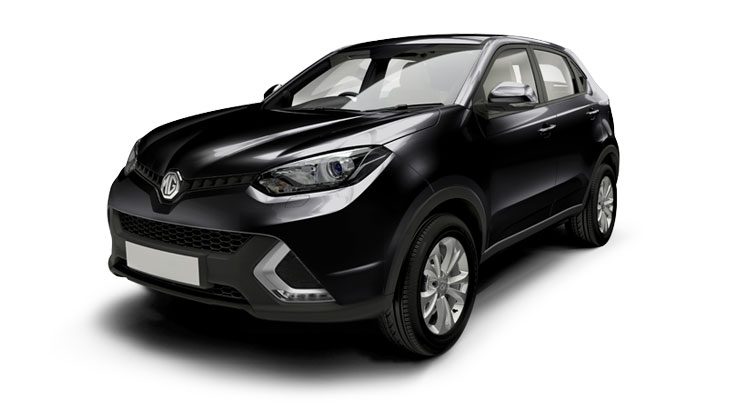 The MG GS is the largest SUV MG Motors builds. It's a mid-size SUV that sells for around $25,490 driveway on an end-of-year sale promotion. The car comes with free metallic paint and the choice of a 1.5L petrol engine and seven-speed automatic transmission, or a 2.0-litre with a six-speed dual clutch auto. It also features a rearview camera, rear parking sensors, cruise control, climate control, a 6.1" touchscreen, Bluetooth phone connectivity and 17" rims. That's quite a lot for the money and the Excite and Essence X trims add even more equipment for a reasonable fee.

MG gives buyers of all their new models a seven-year warranty, with no kilometre restrictions. They also include roadside assistance. Commercial buyers are restricted to seven years or 150,000km, whichever comes first.

LDV is another British brand hoovered up by the Chinese automotive giant SAIC (who also own MG). LDV stands for Leyland DAF Vans, after a merger between the former British Leyland brand and DAF trucks in 1987.

LDV focuses more on commercial vehicles, with the exception of its D90 SUV and the G10 People Mover. 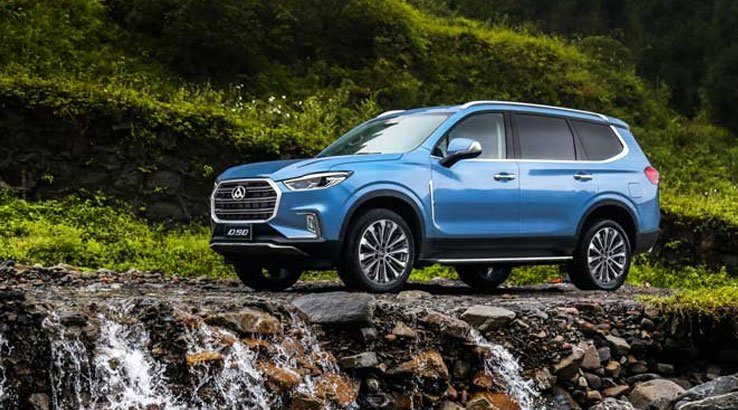 The 'Mode' 2WD D90 SUV starts at a highly affordable $38,990. Automotive experts appreciated the interior cabin design, the driveway price and the inclusion of safety and tech. 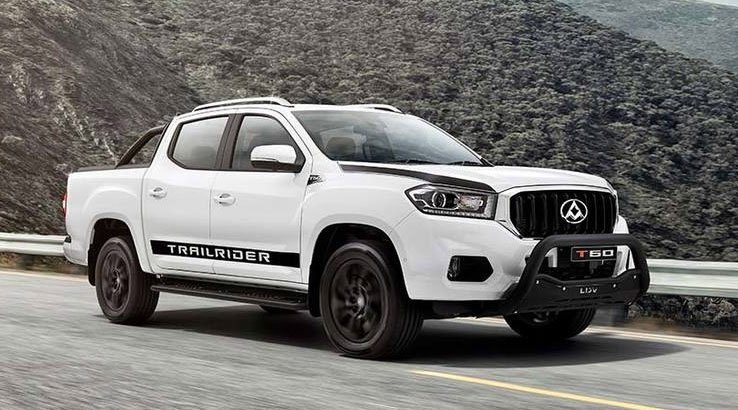 LDV's T60 ute was pronounced as a big step forward for Chinese-produced utes. The pick-up comes with tonnes of features, including a massive 10" touchscreen, 17" alloys and a reasonably grunty 2.8-litre turbo diesel donk that makes 110kW and 360Nm. This engine is built to a licensed design from VM Motori, which has deals with Hyundai, Jeep, Isuzu, Holden and other big-name car brands. The cost-effective ute starts from $28,411 as a chassis cab 4x4 with a manual transmission.

Haval positions itself as a maker of premium SUVs and is a subsidiary of Great Wall. Currently, it sells three SUVs in Australia: the Haval H2, Haval H6 and the Haval H9. 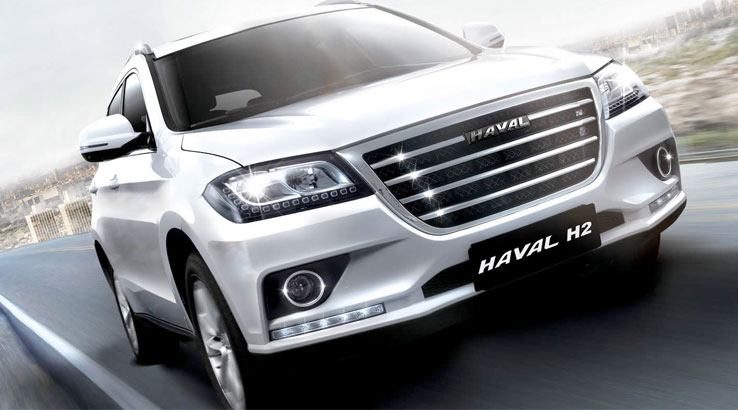 Haval's H2 is a compact cross-over SUV, penned by Belgian car designer Pierre Leclercq (who can list Ford, BMW, Kia and Mini on his resume). Seemingly following the blueprint laid down by fellow Chinese automotive marques, Haval drops in a 1.5-litre turbocharged 4-pot petrol engine and heaps of goodies. The base-trim H2 runs on 18" alloys, has a keyless entry system, rear parking sensors, a push-button start system, privacy glass and Bluetooth for audio streaming. The slightly more expensive Premium and Lux models add things like a 7" high-definition touchscreen, auto-dimming rearview mirror and other high-end touches. Haval's H2 also has a maximum five-star ANCAP rating. You can pick up an H2 from $19,990 driveway.

Motoring journalists praised the H2 for having a well-presented cabin, a comfortable ride and a long warranty/roadside assistance scheme. 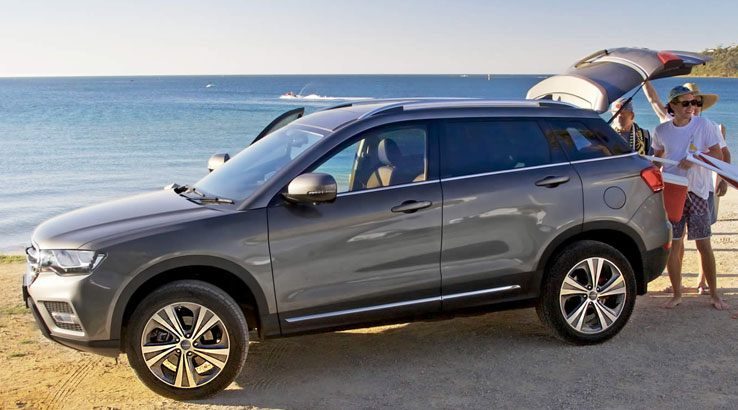 The H6 is a compact SUV, available from $28,990 driveway. It's well equipped, has a long seven-year/unlimited KM warranty and was reasonably well received by motoring journalists. However, they did say it had a loud engine, unusual steering feeling and a tendency to lose traction. 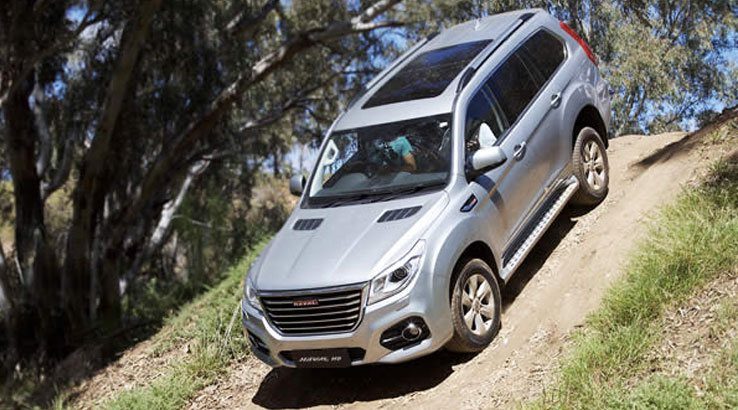 Then, there's the full cream Haval H9 large SUV. The H9 has seven seats, a 4-star ANCAP crash rating and a battery of safety technology, such as:

It also possesses 18" alloy wheels, a tri-zone climate control system, a digital instrument cluster, a torquey engine making 350Nm and 180kW, plus an eight-speed automatic transmission from ZF Friedrichshafen AG (the company that many automotive giants turn to for gearbox fulfilment).

Starting at $41,990 driveaway, this thing massively undercuts a Toyota Prado or Ford Everest. 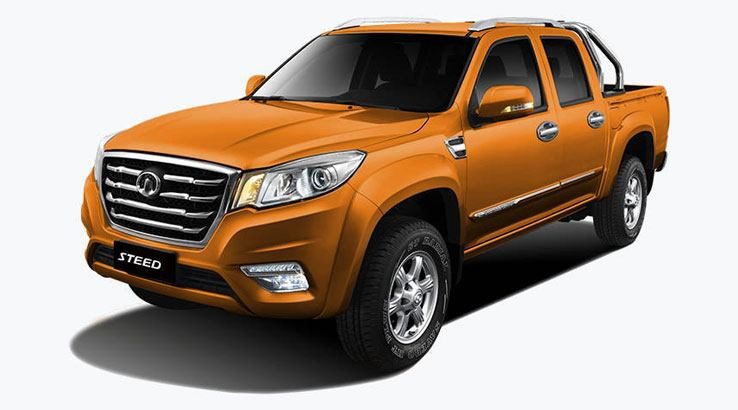 Next up, we have Great Wall (the owners of Haval) which says its utes are built to work. Appropriately named the Steed, the ute is available as a 4x2 single-cab pick-up from $19,990 driveway with a free tray, 16" alloy wheels and a decent 1,198kg payload. The Steed 4x2 diesel has 100kW and produces 310Nm.

There's also a diesel RWD dual cab pick-up for those who prefer it, complete with a tyre pressure monitoring system, a stainless sports bar, side steps and a 1,022kg payload. The 4x4 version of the Great Wall Steed ute can carry 1,020kg and has intelligent 4WD. The transfer case is supplied by renowned transmission maker BorgWarner. This is one of the cheapest dual cab utes on sale right now at $25,990.

Journalists said the engine was a little underpowered when overtaking, but explained the Steed isn't a weighty ute so performance was otherwise satisfactory. They were also pleasantly surprised by the fit and finish of the Steed's interior. It's also worth noting that Great Wall only certifies the Steed to haul 2,000kg, versus the 3,500kg benchmark of most other utes.

In addition to MG, Haval, Great Wall and LDV, there are other less popular Chinese brands. Foton makes a Cummins diesel-engined ute called the Tunland, retailing for $27,990 driveway. It also makes a seven-seater 4WD SUV, the Sauvana, that costs $37,990.

Upsides and downsides of buying a Chinese car

What are the advantages and disadvantages of buying a car designed and produced in China?

If you're considering buying a Chinese car, you can compare your car loan options below.

You can also compare car insurance side-by-side and get quotes. To compare these car insurance providers, simply check the 'Compare' box on the left-hand side. This will bring up features that you can then compare with other providers. When you're ready to get a quote, just click the green 'Get Quote' button.