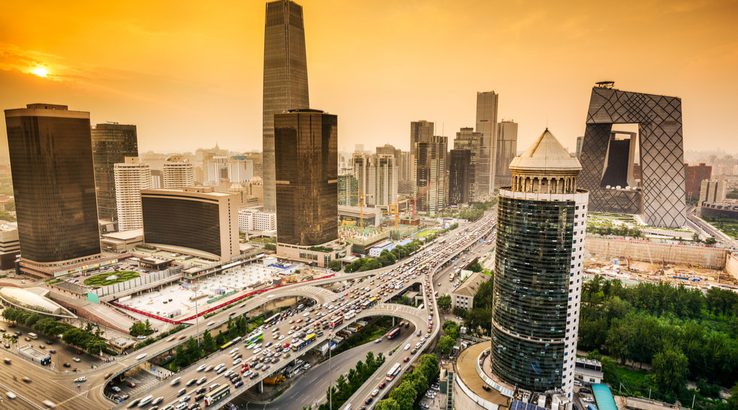 See why China's upcoming digital currency was built the way it was.

The International Monetary Fund has said central banks should be seriously considering CBDC and have gone into some detail about how it could work alongside other emerging digital currencies.

And right now, almost every country on the planet is exploring CBDC with varying degrees of interest, including "successfully tested" (Uruguay, Sweden), "arrival is imminent" (Bahamas, China and more), "R&D" (UK, India, Thailand, Korea and others) and "no" (Australia).

One of the reasons the same thing can take so many different forms, and be in such different stages of development around the world, is because there's no single best way to create a central bank digital currency, and the needs of each country will influence how it works.

Now, at the China Finance 40 Group meeting, Mu Changchun, deputy director of the People's Bank of China (PBOC) payment and settlement division, said China's central bank digital currency "can be said to be ready." He also outlined how exactly it works and explained some of the design choices behind it.

This can be thought of as a middle ground between two extreme CBDC models:

In China's middle-ground approach, you get some of the benefits while limiting the downsides.

The best of both worlds

First, since China is a massive country with a diverse range of local economies, banking preferences, education levels, phone and Internet access and smart payment terminal availability, it's a lot easier to reach the whole country through the existing banking network than for the central bank to do it all. The best way to encourage digital currency uptake is to introduce it in a way that doesn't require anyone to do anything different.

"If a single-tier operating structure is adopted, it means that the People's Bank must face all the public alone. In this case, it will bring great challenges," Mu said.

Second, the PBOC wants to avoid "financial disintermediation". In other words, it doesn't want to cut banks out of the economy. This is "in order to give full play to the resources, talents and technological advantages of commercial organizations, promote innovation, and compete for excellence", and to keep enjoying the other benefits of banks. It's also to avoid the snowball effects of gradual financial disintermediation, such as how slowing bank cash flow could result in higher loan costs.

Third, the two-tiered system is used "to resolve risks and avoid excessive concentration of risks".

For example, the risk of a devastating bank run could be considerably heightened if the central bank is the direct distributor of CBDC. The wider economic risks of an old-fashioned bank run are limited by the fragmenting of wealth across different institutions, having those institutions serve as a buffer for the central bank and the frictions associated with moving money. But with digital currency and consumer accounts directly at the central bank, a panicky general public can instantly pull wealth directly from the central bank.

Functionally, the PBOC CBDC is a lot like a CNY stablecoin issued by banks, and banks will be required to hold 100% of reserves to back issued digital currency.

This is to ensure the CBDC can be slotted into place without inadvertently disrupting the economy. It won't increase the total amount of currency in circulation and helps ensure the central bank has the tools it needs to for "avoiding the procyclical effect under arbitrage and stress environment".

What this basically means is that when everyone can spend and move digital currency seamlessly, freely and instantly, there may be an increased risk of the economy going off-kilter.

For example, if some news breaks that makes everyone suddenly want to simultaneously buy real estate in one region and sell their holdings in another, you have a risk of a crash in one place and a bubble in another. Similarly, if people lose faith in CNY, real estate, the stock market or anything else, a frictionless economy might exacerbate any swings and result in panics.

Frictionlessness is desirable, but it's not without downsides.

One of the benefits of the PBOC CBDC, Mu says, is that it can introduce select frictions to give the PBOC much more granular control of the economy. For example, account limits to encourage spending in a slower economy, transaction restrictions to shape spending in certain ways or increasing costs for certain exchanges.