OnlineAuto.com.au
With its "bulk buying power", OnlineAuto.com.au can help you buy the car you want and potentially save you money too.
Eligibility criteria, terms and conditions apply.
Ben Gribbin
Fact checked
Start comparing

We've compared the cheapest cars available new from a dealer in Australia to reveal which is the best value for money.

We're comparing the cars based on their purchase price, insurance costs and running costs as well as their specifications to find out which model truly is the cheapest car on sale.

The cheapest cars in Australia compared 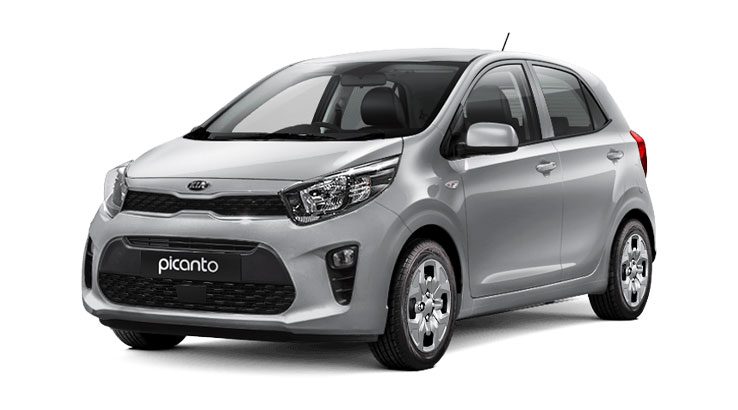 The Picanto is tied with the MG3 and the Suzuki Baleno GL as the cheapest car on the list. For the car insurance average, it was the second cheapest. On fuel costs, it comes in as the fifth least expensive. Plus, it has an eight-inch touchscreen as standard!!

If you can deal with the Picanto's boot size (255-litres, the second smallest listed here), then Kia's small car appears to offer the ultimate compromise of affordability, low running costs and an excellent warranty.

It's also probably one of the most stylish light cars on sale in Australia. Car reviewers praised the little Picanto for its long warranty, value proposition and space-saving interior design. Reportedly, the handling is also well sorted.

Finder's resident car tester, Alex Jeffs, stated the car is likely the best in its segment.

If you're after a city runabout and specifically a microcar, then the Picanto is probably a class leader. 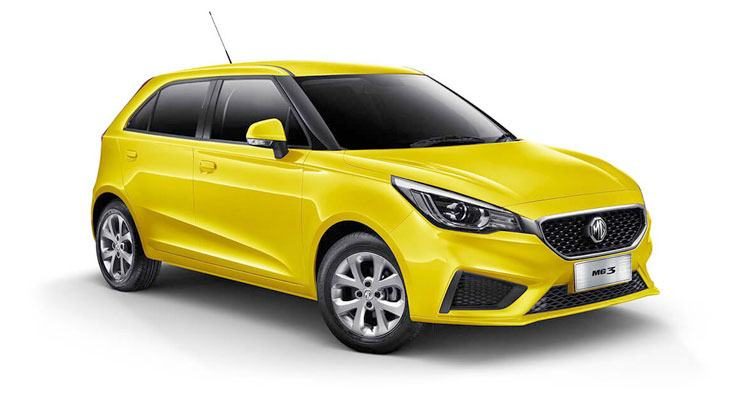 The MG 3 Core offers undoubtable value. It's tied for the cheapest car in Australia at $16,990. Owners also have to pay out the least amount for capped-price servicing over five years, and it offers a seven-year warranty as well as roadside assistance.

You can't really argue with the specs of the MG 3 either. As standard, it comes with the following:

Adding to the above, you get an automatic transmission across the range, plus the MG3 comes in one of three free colours (yellow, white & black). Finally, the car's styling is inoffensive, some might even say striking. 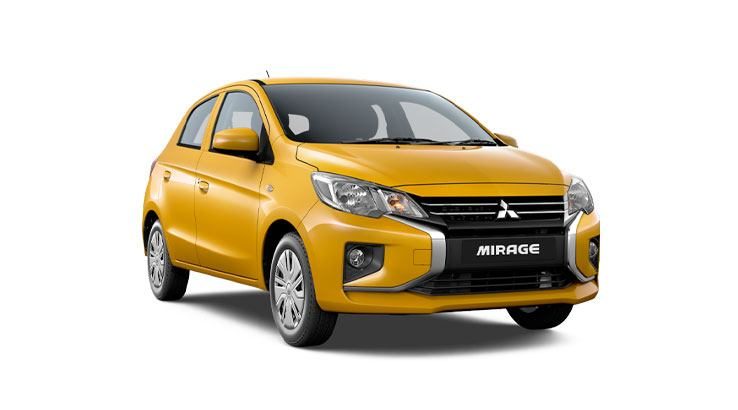 It's not the cheapest, nor the best-equipped car on the list, but it does have minimal servicing costs at $1,395 for five years and the longest manufacturer's warranty at 10 years!

The Mirage balances everything nicely, including reasonable style, modest fuel economy, low average car insurance costs and a useable 235-litre boot. Car experts say the Mirage is simple to park, thanks to its 4.6-metre turning radius, making it a great car for new drivers or motorists who live in the city. The downside to the Mirage, compared to other models, is the spec. It doesn't have cruise control or alloy wheels, but it does have things like autonomous emergency braking (on models made after February 2020) as well as Apple CarPlay/Android Auto connected to a 7-inch touchscreen. 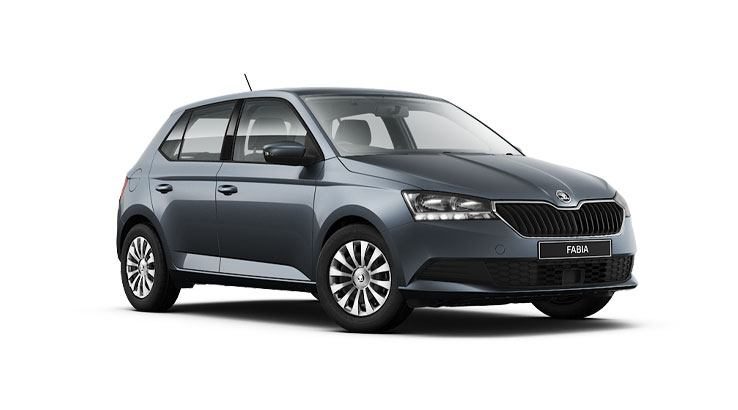 Want a cheap European car? The Skoda Fabia is the car to go for. Under the skin, it's running the Volkswagen Group A06 platform, which it shares with the Mk5 Volkswagen Polo.

While it isn't the cheapest to insure, it's not the most expensive either. The same goes for fuel costs. However, it does have the highest servicing fees. Still, it's a Euro-import hatch that's related to the Polo. The Fabia received high praise from car reviewers. They loved the engine, the Skoda's features and how it handles. Also lauded is its refinement.

If that's not enough, you also get a 330-litre boot and a 5-year warranty. The Fabia also has a very good standard level of equipment. In the base model, you get the following:

If you want a contemporary, well-equipped Euro-hatch (or wagon), then the Skoda Fabia is the one to go for. 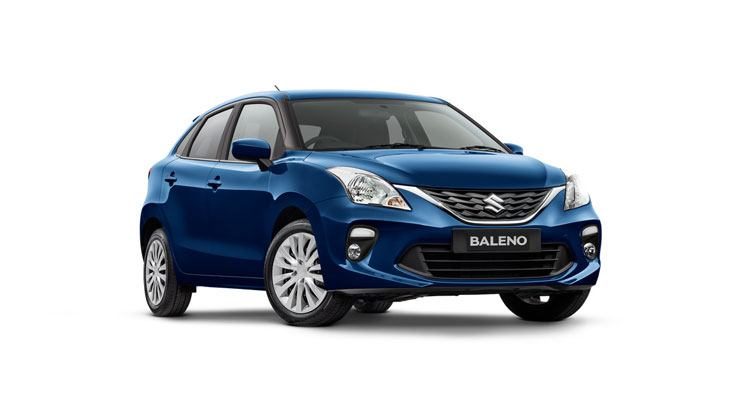 Suzuki says the Baleno hatch is like having your cake and eating it too. It's a reasonably stylish car, with sensible fuel and maintenance costs plus a five-year warranty. The Baleno is tied for the cheapest car on the list.

The specs are solid, with no alloy wheels or autonomous emergency braking, but it does have Apple and Android smartphone connectivity, a USB input and cruise control as well as aircon. It might not be the flashiest car on sale, but it does bring indisputable value. The Baleno has the largest boot of all the cars we compared, with 355 litres.

Car testers suggested the car over-delivers when you consider its price. It even has things like sat-nav, steering wheel controls and rear privacy glass plus room to seat five. Perhaps one reviewer summed things up best when they said it was a straightforward and honest runabout. 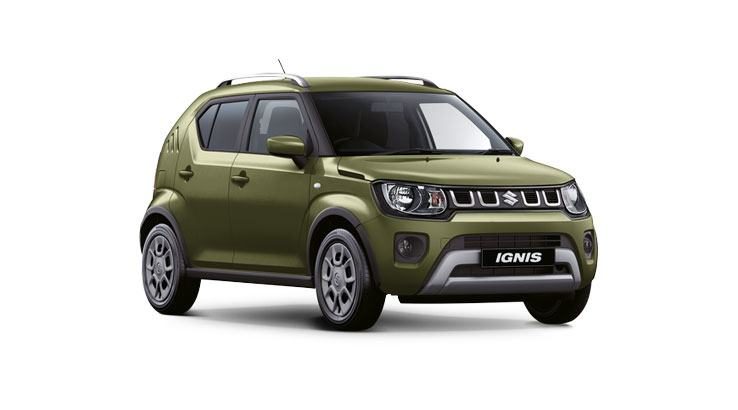 If you're after the cheapest car to run, the Ignis could tick that box. It has the lowest weekly fuel costs of all the models on this list. Plus, it has relatively low five-year maintenance costs.

It's a fun, quirky-looking small crossover SUV with reasonable spec levels. As standard, you get satellite navigation, an infotainment touchscreen, voice command and Bluetooth connectivity. You also benefit from a generous boot space, at a very usable 271 litres!

Car reviewers enjoyed its unconventional style, saying it was practical and in a market of one. Apparently, it's also very useable for parking in the city and has a surprisingly high-up seating position. However, many also wished the Ignis had more advanced safety assists. 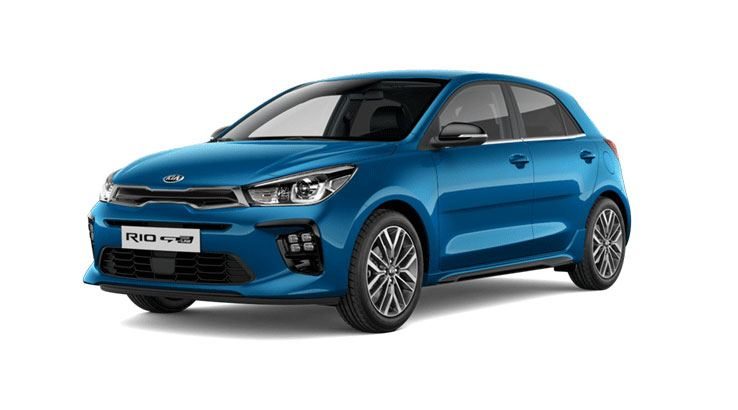 It's about average on fuel, but it does have a long warranty (seven years). The Rio also happens to be one of the most attractive cheaper cars. Car reviewers state the Rio is excellent value, roomy and the car was praised for having wireless Apple CarPlay and Android Auto. Other reviewers felt it was easy to drive but commented it was a little sluggish.

Specs-wise, the Kia Rio does fall down a little. The Picanto seems to offer more equipment for less money, though with the larger Rio, you do obviously get more space. The Rio is currently on offer, making it significantly cheaper than normal. 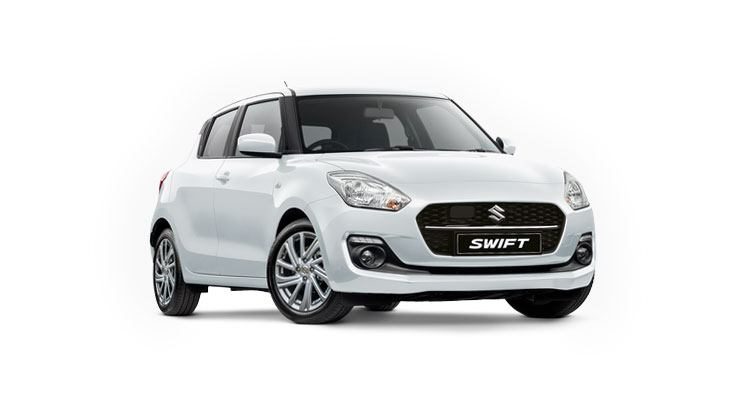 The Suzuki Swift is an all-rounder cheap car. It is reasonably fuel-efficient as well as affordable to maintain and insure (average premium was $661.74, and the excess was $886.25). It's a great-looking car and delivers up a Mini-like driving experience.

Reviewers who drove the Swift found it was lively, with a compliant ride and fair comfort for those in the back. For a while, I owned a Suzuki Swift and it was a fun little car to zip around town in, even in the most basic specification.

It's an affordable car to own, has exciting features like sat-nav and a leather steering wheel as standard and is, in some ways, a spiritual successor to the original Mini. 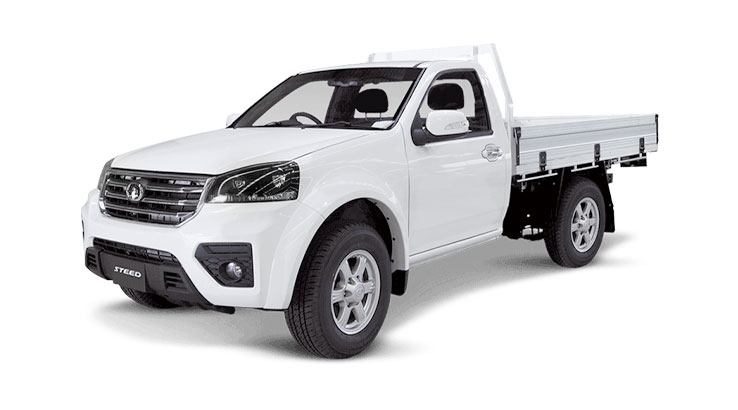 The Great Wall Motors Steed is the cheapest ute on the list. It has a 1-tonne payload, 1,700kg braked towing capacity and 16-inch alloys.

The spec, as you might expect on a work-horse grade ute, is pretty sparse. It does have A/C though.

Fuel costs were high as the ute has a 2.0-litre diesel, plus the average insurance was the most costly of all models test, with a $782.75 premium.

But, if you need a cheap, new ute, this is the most affordable. Car reviewers were underwhelmed by the Steed. For reference though, the cheapest Toyota HiLux is almost $10k more than the Steed!

What to expect from the cheapest cars

Generally, the less you pay for a car, the fewer specs you should expect. However, cars like the Skoda Fabia and Kia Picanto buck this trend. Other compromises might also be made, such as steel wheels instead of alloys or a super-utilitarian interior.

The cheapest cars to drive

As you'll note from the above figures, a small difference in fuel consumption might not seem like all that much per week, but spread over five years, it adds up!

The cheapest cars to own and drive are the Mitsubishi Mirage ES, the Suzuki Swift GL and the Suzuki Ignis GL.