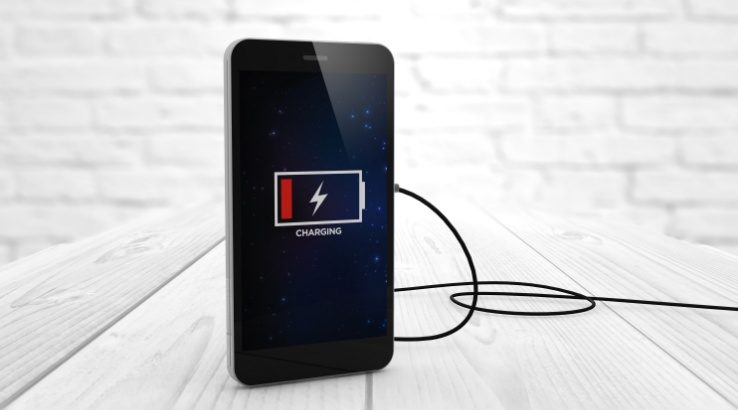 Simple tips for getting your phone back into the action as quickly as possible.

As mobile phone technology has advanced, we've gotten bigger and sharper screens, faster processors and more storage, but the one area in which the humble mobile continues to lack is battery life. A full charge sometimes won't even last an entire day, forcing you to sneak in a quick charge to avoid lugging around an expensive brick for half the day.

It's important, then, to wring the most power out of that quick charge. There are a few ways to do this:

Turn off your phone while charging

If turning your phone off isn't an option, the best alternative is to…

Turn off unnecessary services when charging

The less power your phone needs to keep running, the more can be directed towards charging the battery. The simplest way to cut down your phone's power requirements is to activate airplane mode, which turns off Wi-Fi, Bluetooth and cellular connections, as well as GPS depending on your particular phone.

While this is a neat solution, if you need to keep your phone on while it's charging, odds are it's because you're waiting for a call, email or some other form of communication, in which case disabling all network connections isn't really a practical option. Instead, you'll probably want to go in and selectively disable the networks you don't need while your phone is charging.

At the same time, it's a good idea to make sure you don't have any apps like Facebook or Twitter running in the background since they can hog precious power, too.

Make sure your screen is off or dimmed while charging

A phone's screen is one of its most power-hungry components, so be sure to keep it off for as long as possible while charging. Alternatively, if you have to keep using your phone, dim the screen to its lowest setting to minimise its impact on the charge rate.

Charge from mains instead of USB

Charging your phone from your computer's USB ports is handy, no question, but when you're after a speedy charge, always go for a proper power outlet. USB ports on a computer typically push out power at a rating of 500mA, while the wall charger you received with your phone will generally output power at 900mA or more. In practice, this simply means that your wall charger will charge your phone a lot faster than your computer.

However, there are exceptions to this rule of thumb, with some computers sporting charging downstream ports (CDPs), a higher-current version of the standard USB 2.0 port that can output up to 1.5A instead of 500mA. Similarly, if you have a new USB-C port on your computer, your phone may be able to pull up to 3A of power for even faster charging; this will depend on whether your phone supports USB-C charging, of course.

Use the charger supplied with your phone

Following on from the last tip, you'll want to stick with using the charger you received when you first got your phone rather than spares from previous phones or cheap generic ones bought online. This is because many newer phones support faster charging technologies like Qualcomm Quick Charge, which promise charging rates capable of replenishing five hours of battery life in just five minutes.

To take advantage of these technologies, though, you need a compatible charger, which is why it's a good idea to always use the official one supplied with your phone whenever possible.

Is your current phone not holding a charge? Maybe it's time for an upgrade: