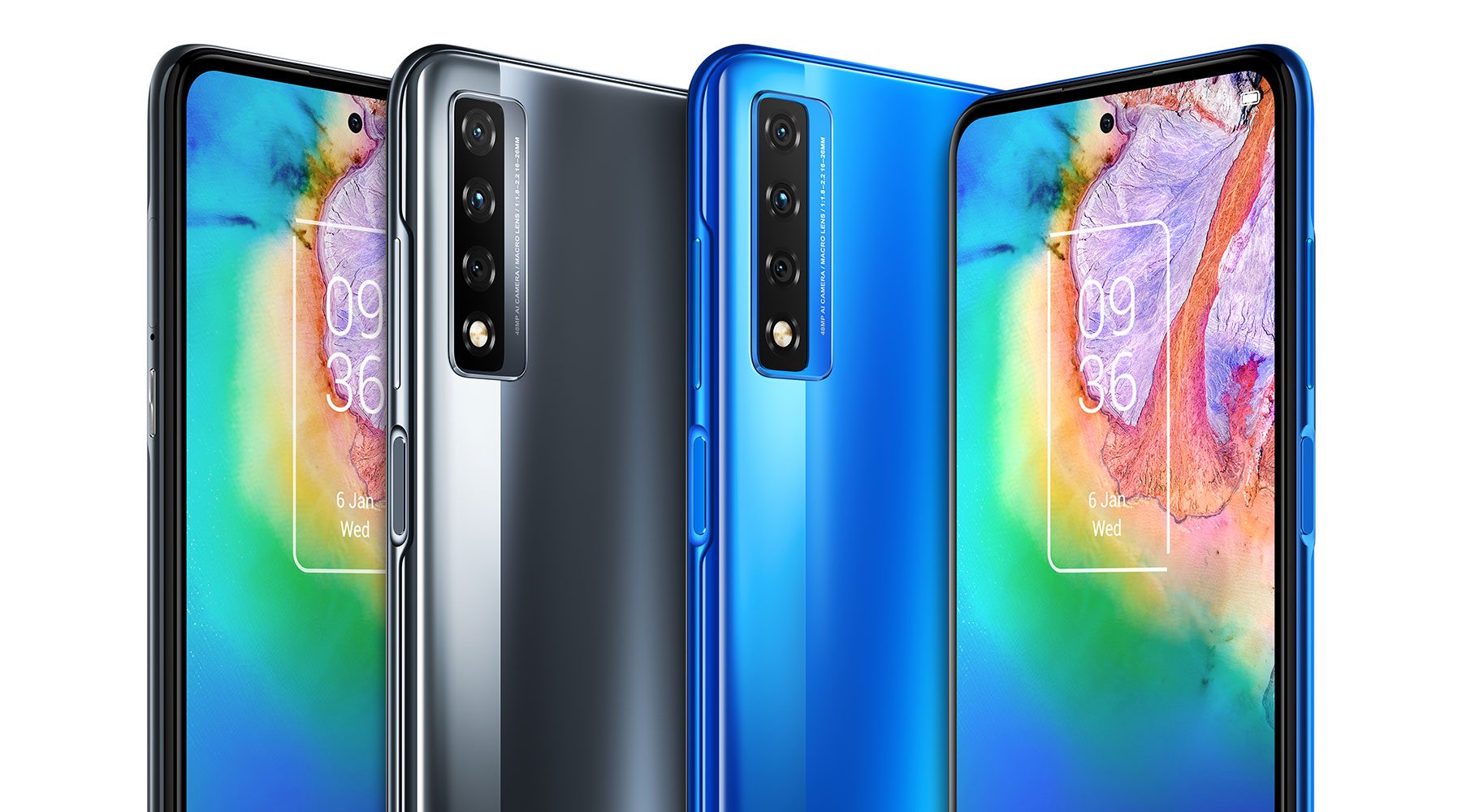 TCL is continuing with its own-brand phone journey with new handsets, tablets and even smart glasses set to come to Australia this year launching at CES.

TCL is best known in Australia as an affordable TV brand, and while it's held its position in the local mobile market via sub-brand Alcatel and its now-discontinued line of BlackBerry and Palm phones, in recent years it's offered a range of phones under its own TCL brand. These have included models such as the TCL Plex and TCL 10L, and in 2020, they'll be joined by the TCL 20 series phones. 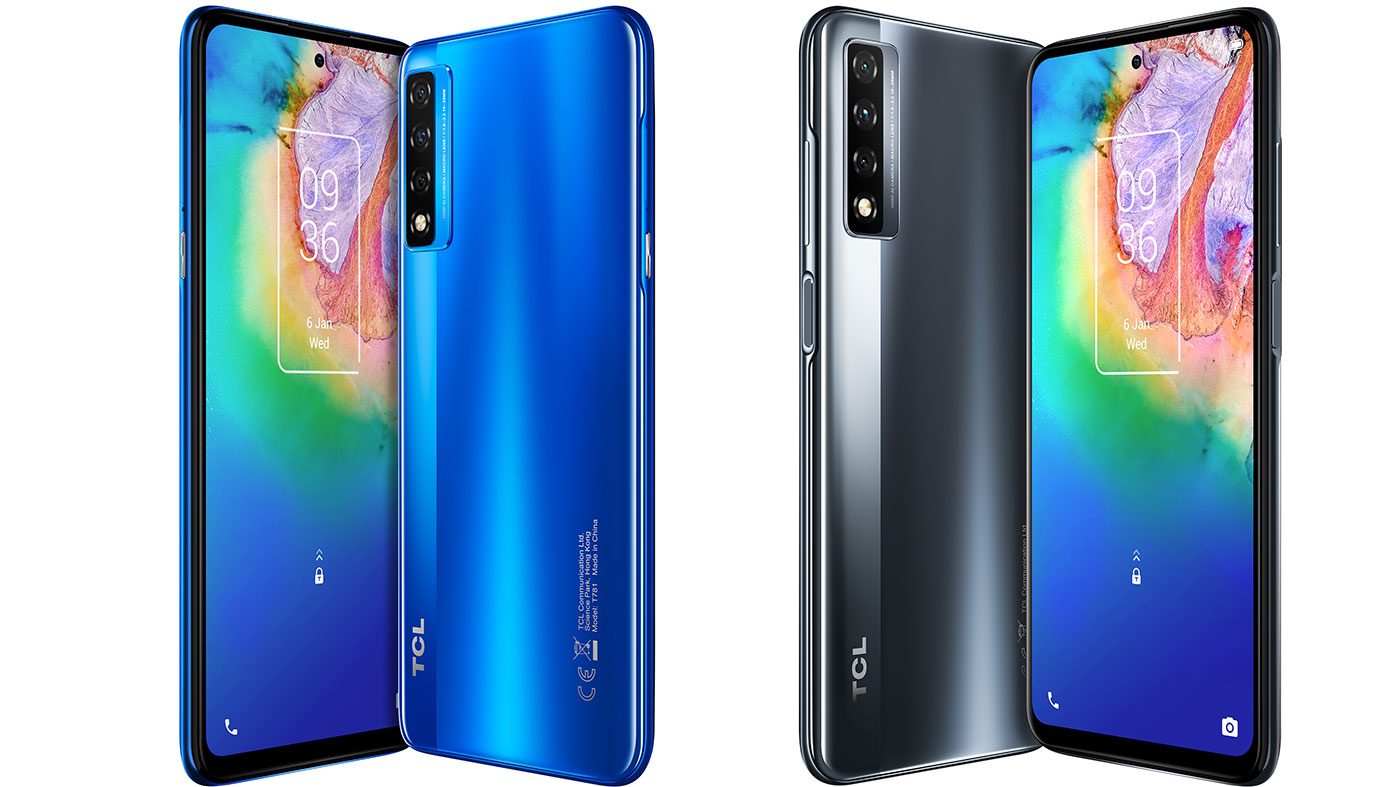 The flagship of the range is the TCL 20 5G. It is still to be priced, but if TCL keeps to its established pricing, expect it to sit somewhere in the $500-$800 range at a guess. It's a 6.67-inch handset with a Snapdragon 690 hiding underneath its display, with a 4500mAh battery and triple lens camera array. The TCL 20 5G will come in either a Mist Gray or Placid Blue finish, and is expected to launch in Australia before the end of the first quarter of the year. 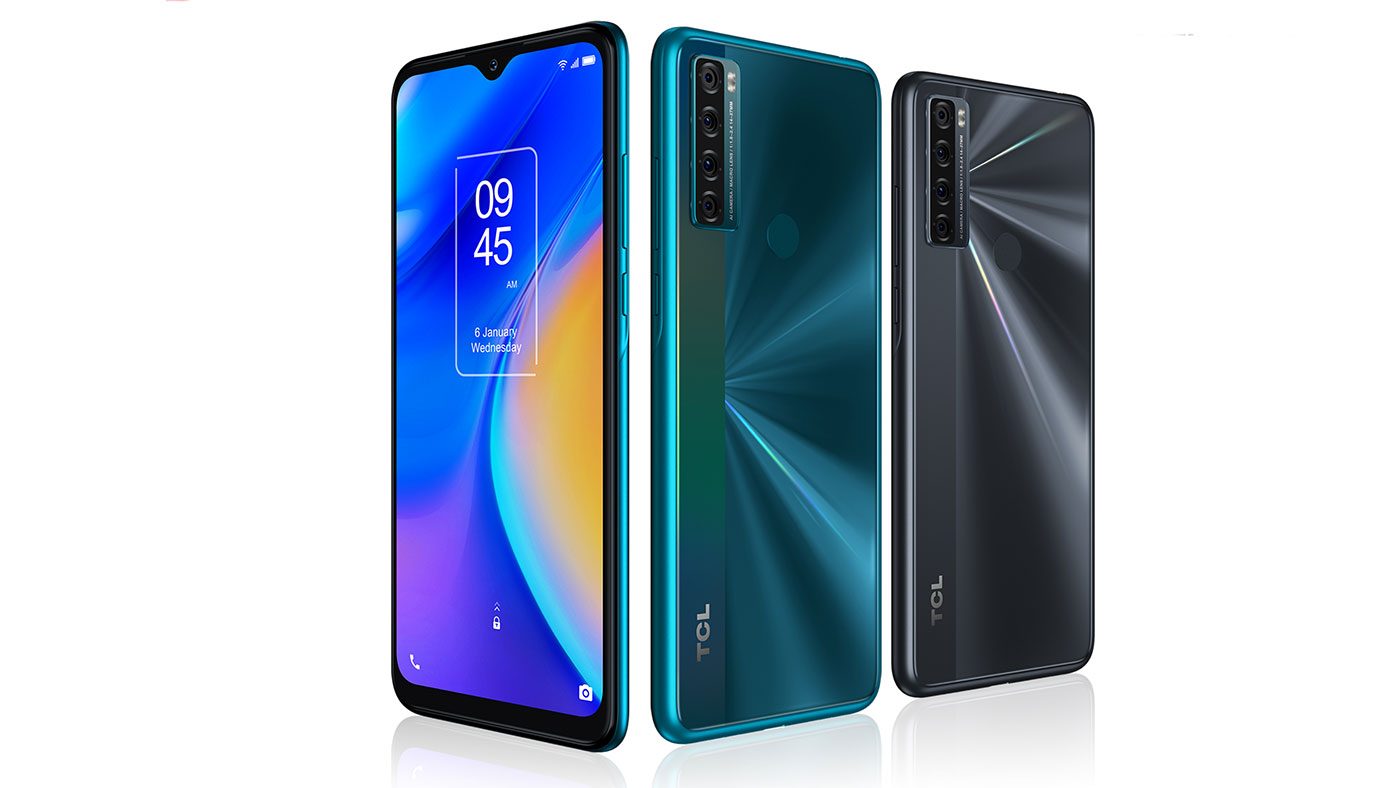 That's also the timing we should see its larger sibling, the TCL 20 SE. TCL again hasn't specified pricing, but it does describe them as "affordable", so we'd expect it to hit our shores at a lower price point than the TCL 20 5G. The TCL 20 SE features a 6.82-inch display with an unspecified Qualcomm octa-core chipset at its heart – most likely a 400 series at a guess, but TCL hasn't said just yet. As a larger phone, TCL has more space to pack in batteries, so it gets a 5,000mAh battery.

Both new phones feature the next generation of TCL's NXTVISION technology, which the company claims can manage both realtime SD to HDR conversion of video content and deliver "enhanced colour calibration and more eye safety features" than previous TCL phones, or competing models from other manufacturers. We'll have to hold judgement until the new TCL phones launch here.

While we should see both phones in the next couple of months, they'll be followed up with an intriguing tablet prospect from TCL. 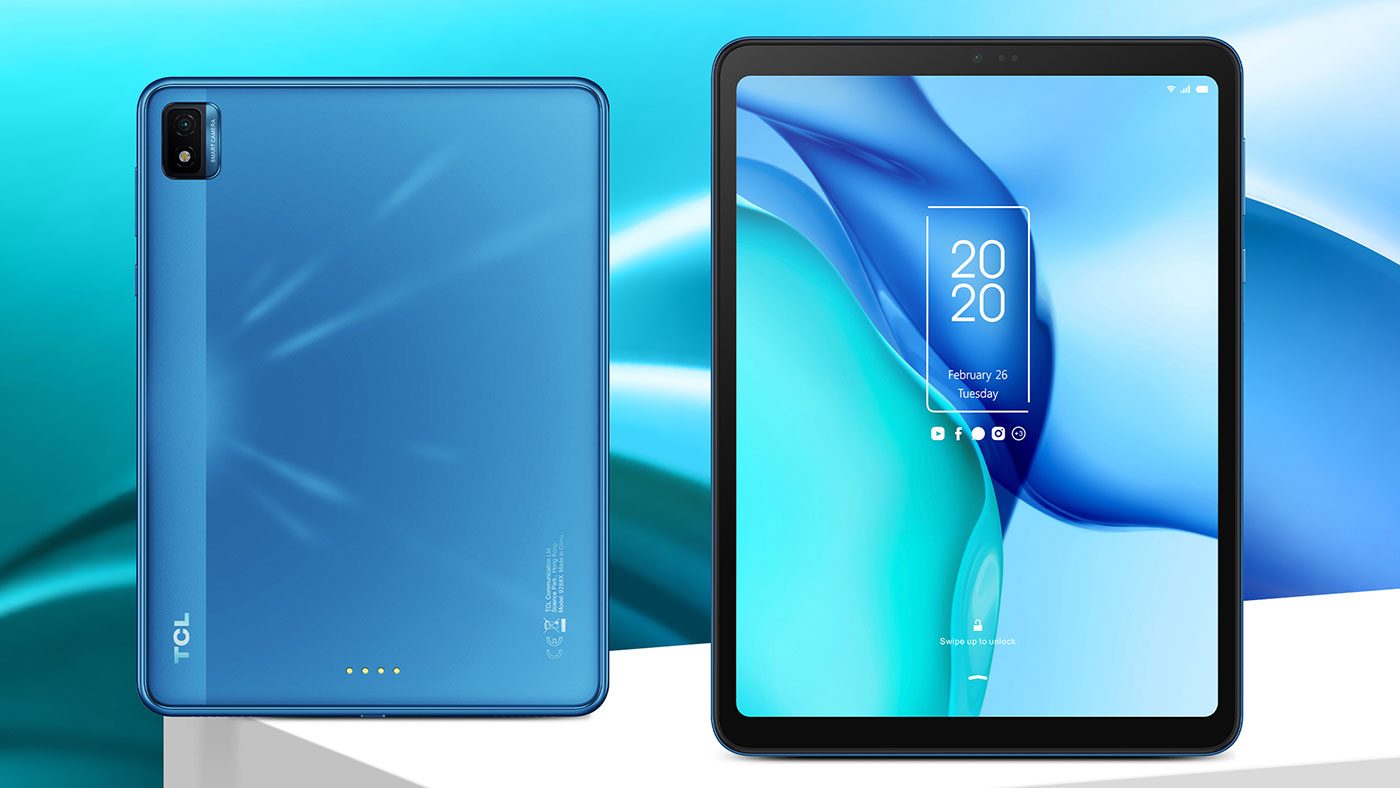 The TCL NXTPAPER Tablet looks much like any other Android tablet with an 8-inch IPS screen, but it's using TCL's own NXTPAPER technology with a nod to e-ink-style displays. As per the company's claims, NXTPAPER has 25% better contrast than e-ink, but 65% better power efficiency than a standard LCD display. You wouldn't want to watch video on an e-ink display, but TCL claims that its NXTPAPER standard is Full HD ready with "a paper-like visual experience in full high-definition resolution, and with considerably less eye strain and fatigue compared to most tablets."

The other advantage of this kind of technology should be battery life, and the TCL NXTPAPER ships with an 5,500mAh battery to keep running "for over a full day of use". That's not a huge claim for a tablet device, but again we'll have to wait and see how it pans out in real world usage.

Finally, TCL is moving into the wearables space with the TCL Wearable Display. Or as you might call it if you saw someone wearing it, a pair of sunglasses. 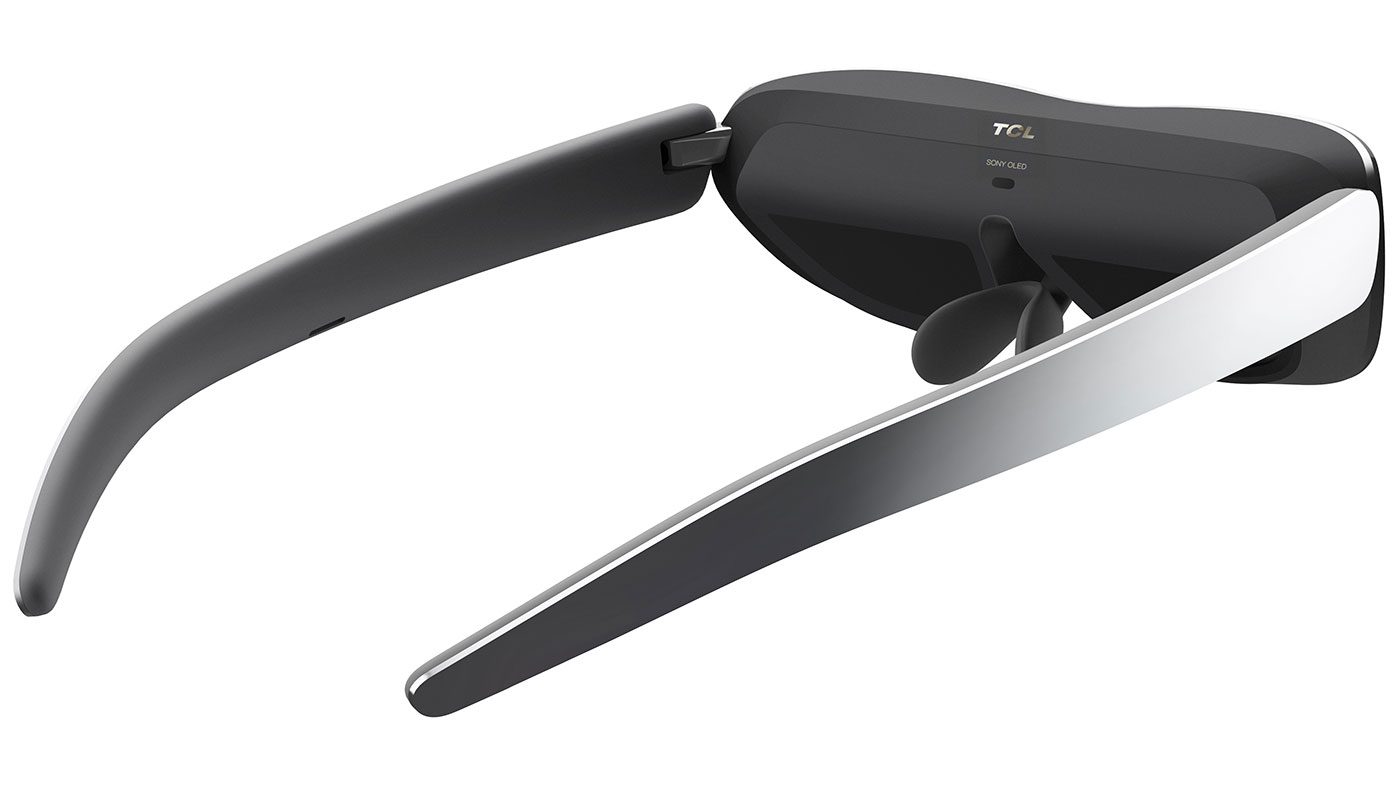 These aren't just TCL branded sunnies, however. They feature individual mounted OLED displays with 1080p resolution, promising a 140-degree wide field of vision for whatever content you want to throw at them. TCL says that they're compatible with devices that have Display Port over USB C, so while that does suggest some rather tethered viewing action, it also means that they might not be solely limited to whatever content partners TCL can get on board.

That level of partnership will be important to their coming to our shores, as TCL notes that the TCL Wearable Display will come to Australia in the 2nd half of the year, pending it finding a partner company to bring it here. In the past we've seen some of TCL's tablets and wearables land with local Telcos on contract terms, so it's possible that we may end up (theoretically) with the TCL Wearable Display By Telstra, or similar.

Want more information about the latest mobile phones? Check out our expert phone reviews, round-up of the best phones you can buy right now , the best cheap phones, and the best 5G phones in Australia.