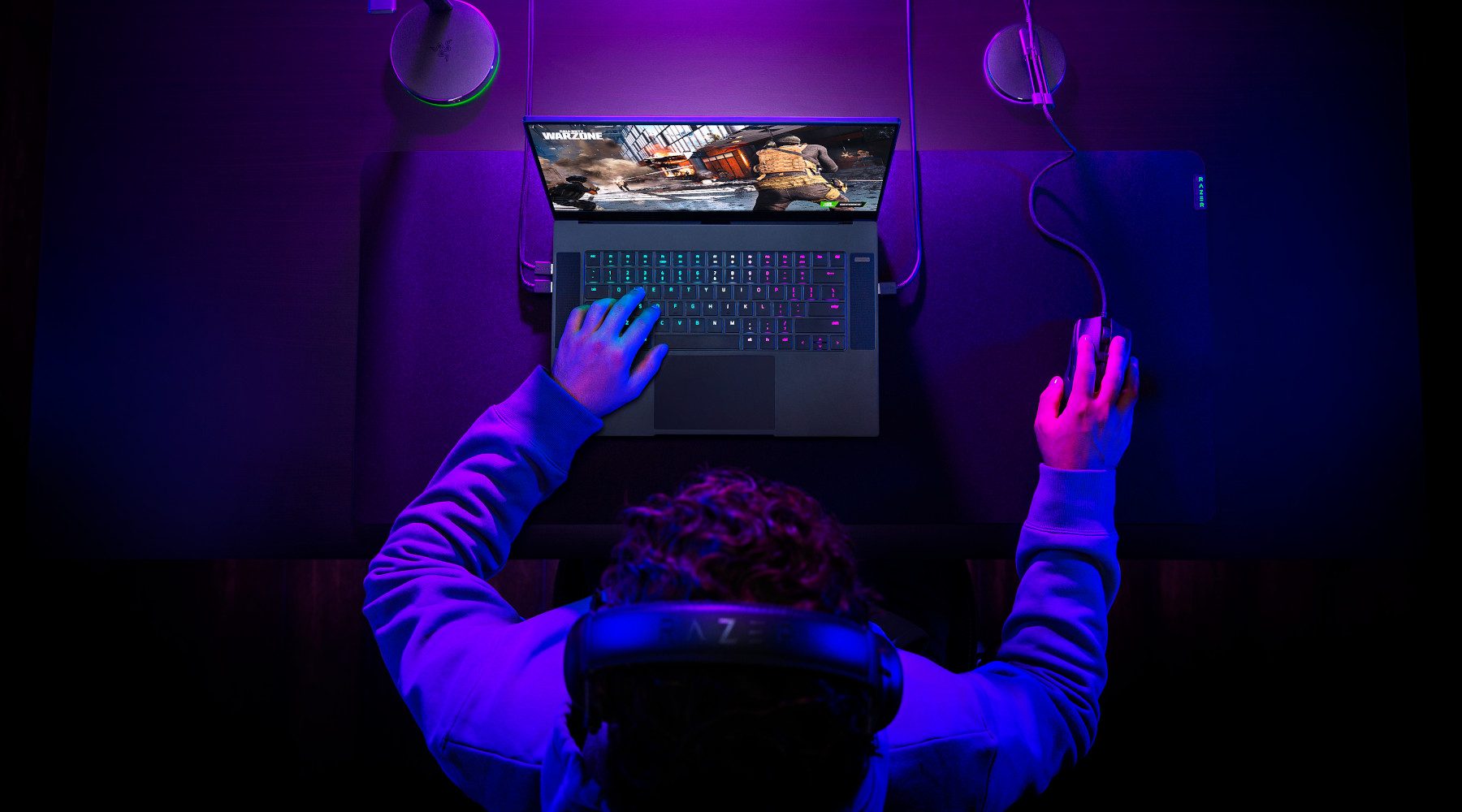 For the Razer Blade 15, Razer is touting three key advantages: more power, faster displays and the smallest form factor in gaming laptops. The first point is the most interesting, with the company announcing that the laptop will sport the recently unveiled mobile versions of Nvidia's RTX 30 series graphics cards.

Despite the upgraded guts, Razer is keen to keep the Razer Blade 15 compact. Screen bezel is trimmed down to a slim 4.9mm, and the Advanced model comes in at just 16.9mm thick while the Base model is slightly chunkier at 19.9mm thick. Both models measure 235mm x 355mm, which Razer claims makes it the smallest 15-inch RTX gaming laptop on the market, with competing laptops from MSI, Gigabyte and Alienware at least 10% larger.

Both the Base and Advanced models come with 16GB of 2933MHz DDR4 RAM by default, with the option to upgrade to 32GB on the Advanced model. If you're into tinkering, you can manually expand either laptop up to a maximum of 64GB of RAM.

More interesting is the storage situation. The Base model packs 512GB of storage while the Advanced model comes with 1TB. All configurations also include an open M.2 slot for installing a second SSD if you need more space.

Connectivity is another key component of gaming laptops, and Razer has packed the new Blade 15 with plenty of options. In addition to Wi-Fi 6, Bluetooth 5, Thunderbolt 3, USB-C and HDMI 2.1, the Advanced model adds USB-C 20V charging, Bluetooth 5.2 and Wi-Fi 6E support.

The new Razer Blade Pro 17 boasts many of the same improvements as the Razer Blade 15. It will come with either a 360Hz Full HD display, a 165Hz QHD display or an OLED 4K touch screen. You can choose between an RTX 3060, RTX 3070 or RTX 3080 graphics cards, and the whole package measures in at 395mm x 260mm x 19.99mm. Expandable SSD storage is also included, along with the same connectivity features appearing in the Razer Blade 15 Advanced model.

Want to see how the Razer Blade stacks up against the competition? Check out our review of 2020's Razer Blade 15 Base model.