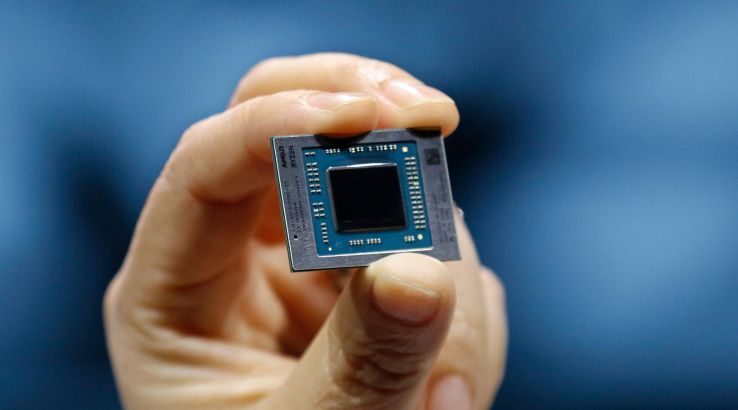 First, AMD showed off its new Ryzen 4000 and Athlon 3000 mobile series of processors. The chips are made using a 7nm manufacturing process and come with AMD Radeon graphics baked in.

There are two classes of Ryzen 4000 mobile CPUs: U-Series and H-Series. The U-Series is developed for ultra-thin laptops and has portability in mind. The H-Series caters towards on-the-go gamers and creative types.

Taking another swipe at Intel's now-long-gone high-end CPU supremacy, AMD took the wraps off its latest Threadripper chip, the 3990X. The processor is the world's first desktop processor to come packed with 64 cores. 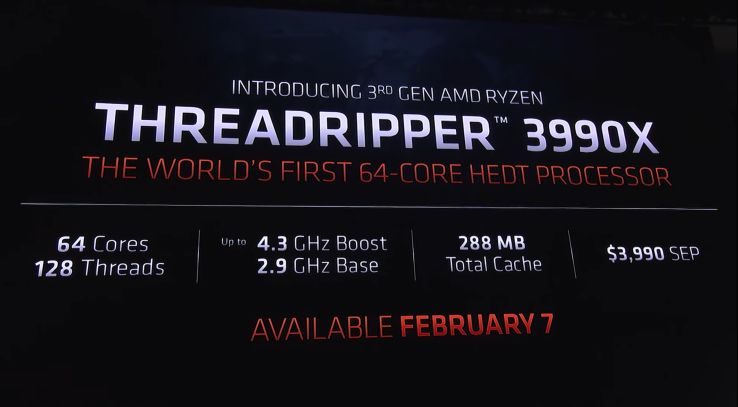 The Threadripper 3990X packs a serious punch when it comes to intensive workloads. The chip provides up to 51% more performance than the previous industry leader, the Threadripper 3970X, in 3D Ray Tracing with MAXON's Cinema4D Renderer.

The 3990X achieved a Cinebench R20.06 score of 25,399, which is a historic high for a single processor. Here are some more details about the processor:

The chip is expected to launch on 7 February 2020 and will set you back US$3,990. Australian availability and pricing are yet to be announced.

AMD also unveiled several new desktop and mobile GPUs at its CES press conference. One of those cards was the RX 5600 XT, which had already been spotted on benchmarking sites before the official announcement.

All of the GPUs announced are built on AMD's RDNA architecture and a 7nm manufacturing process. They're all targeted towards gamers looking for a powerful yet affordable option for 1080p gaming at high graphics settings. Here are the cards' specifications:

The Radeon RX 5600 XT is expected to hit shelves starting 21 January 2020 in North America, with Australian pricing and availability not yet announced. Board partners ASRock, Asus, Gigabyte, MSI, PowerColor, SAPPHIRE and XFX are all slated to release variants of the card.

The mobile GPUs in the line-up are expected to become available in systems in the first quarter of 2020.