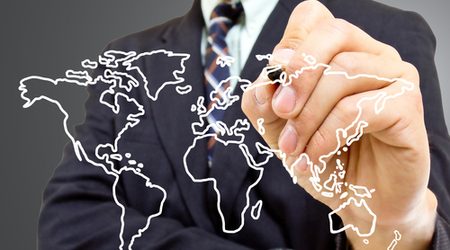 Neither cash nor card looks like it will be king in the future.

Most countries have given at least a passing glance at central bank digital currency (CBDC). This is exactly what it sounds like – a digital currency issued by a central bank. And many of them are now getting more hands on, according to a Bank of International Settlements (BIS) survey (PDF) of central banks conducted in the second half of 2018.

At the time of the survey, about 70% of respondents were actively exploring, or were about to start exploring, the possibilities of CBDC.

It's worth breaking down what the responses actually mean.

First, contrary to some headlines roaming around elsewhere, it's probably not accurate to say that 70% of all central banks are working on a digital currency. Based on the survey responses, the BIS notes that central banks that are not currently looking at CBDC are "typically from smaller jurisdictions and/or face more pressing priorities."

At a glance, it looks like smaller jurisdictions or those with more pressing issues were also disproportionately among those that didn't respond.

While 70% of respondents said they were looking at digital currencies, or were about to start, the actual number of all central banks in the world doing so is probably considerably lower. And even among those who did say they were looking at CBDC, the expectation of usage in the near or medium term is low.

In the short term (up to three years), 85% of respondents said it was unlikely they would be releasing any kind of CBDC. 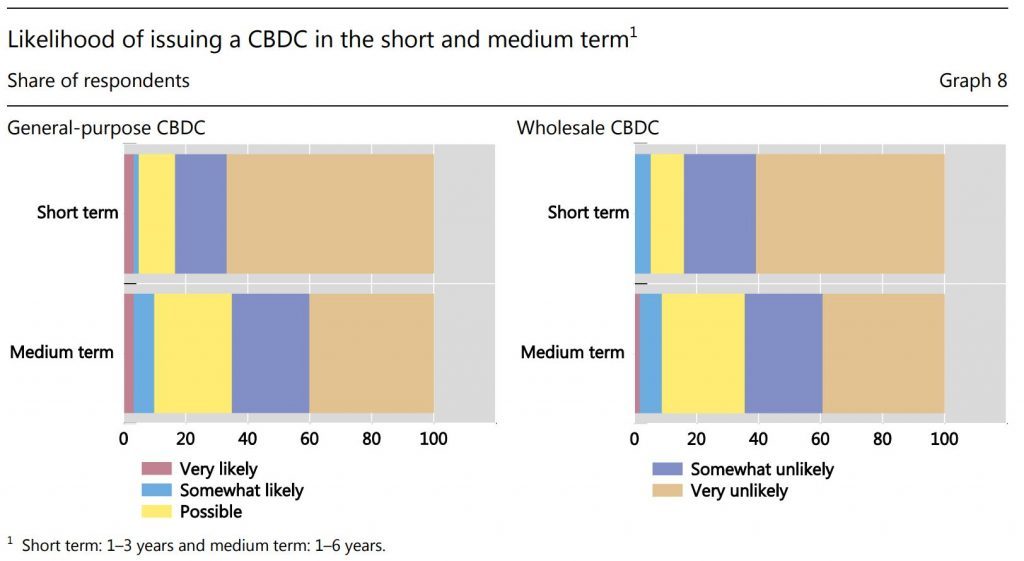 But a low likelihood of releasing a CBDC in the near future isn't no likelihood.

At least a few central banks seem highly confident that they will be releasing a general-purpose CBDC within the next few years. The BIS also notes that many more central banks have started sharing information on their CBDC research this year and joining efforts to work towards usable systems.

It's possible that a small handful of central bank trailblazers will see a lot more follow suit.

According to the survey, the greatest impetus to adopt digital currencies came from emerging economies. Based on the reasons given in the survey, the BIS suggests that this is because, in emerging markets, the desire to bolster financial inclusion provides a clear mandate for central banks to take actions like issuing digital currencies. At the same time, a lack of existing infrastructure limits the disruptions a CBDC might have.

In many emerging economies, mobile payment apps have also taken off dramatically in lieu of traditional banking. This has many countries taking a significant step towards going fully digital. And as can be seen from the digital currency adventures of Sweden, an increasingly cashless economy also provides a need to drive towards digital alternatives.

In Sweden, people are turning away from cash and in many cases completely forgoing it. This shift towards cashlessness has made the possibility of an e-Krona a more pressing issue in Sweden than elsewhere, and it's currently throwing up ideas for testing.

The good news for potential uptake is that a new payment method can gain steam exceptionally quickly. Payments with Sweden's Swish payment app have risen sharply as people increasingly abandon cash and then abandon card payments.

One of the more pronounced lessons from these numbers is that card providers are facing imminent disruption from payment apps one way or another. 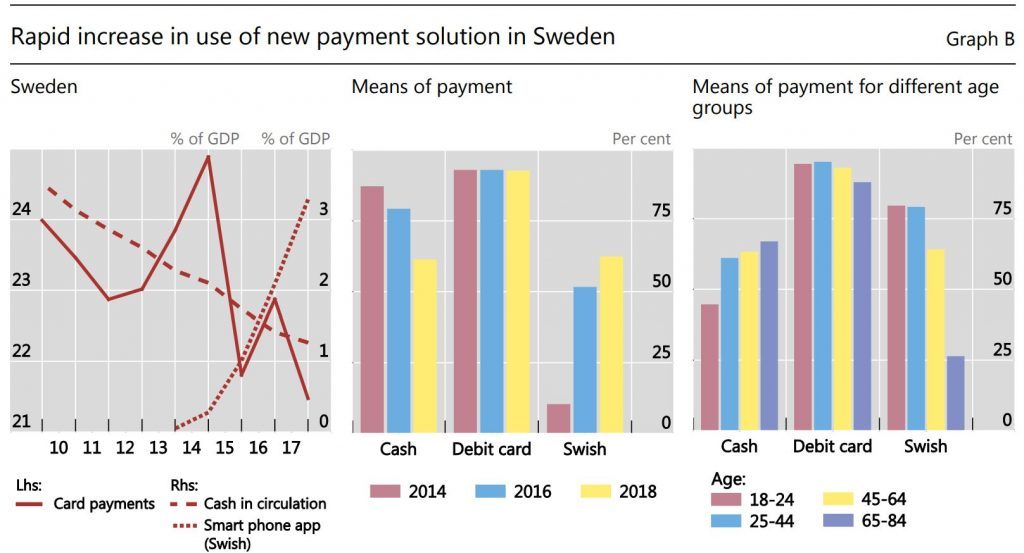 But the advanced state of digital payments in Sweden and Uruguay also brings some headaches and problems left to solve. One of them is the simple problem of ensuring that there's some kind of backup in case the power goes out. There might still be something to be said for cash as a backup, but wide adoption of digital payment methods is already limiting its circulation. When digital currencies come, cash circulation is likely to fall out even more.

Then there's also the problem of financial exclusion arising from new technologies. It's mildly ironic given that one of the main reasons central banks give for exploring digital currencies is to promote financial inclusion.

As the numbers from Sweden show, older people are much less likely to go for the newfangled payment options. People aged 65+ are most likely to still use cash and least likely to use credit cards. And they're by far the least likely to use the Swish mobile payment app. Only 25% of those aged 65+ have taken the plunge, while almost everyone in the 18 to 44 age range has.

The best way to avoid unintentional financial exclusion of the elderly is still undecided, although Sweden's Riksbank has suggested a simpler and more user-friendly alternative to digital payments might still be needed in the future. It's keeping an eye on blockchain for the future, but as of late 2018 noted that the technology was still too immature for its needs.

Some countries have a much greater need for digital currencies than others, and so will most likely be the earlier adopters. Currently, the most likely early adopters of CBDC might be Sweden, Uruguay (which completed an e-Peso CBDC test last year, deeming it a success) and the emerging economies that can benefit most significantly from digital currency.

Central banks all around the world will be watching the progress of early adopters and learning from their hopefully minimal mistakes.

"To meet the payment needs of the future, physical cash is unlikely to be the main answer. Yet, most people will have to wait to use a CBDC. However, central banks are working hard to make sure the wait is worth it," the BIS report concludes.

Where it leaves crypto

Cryptocurrencies, in contrast to CBDC, are decentralised, public digital assets like bitcoin. Most central banks weren't too aware of the extent to which cryptocurrencies were being used, and wouldn't hazard a guess as to whether or how they would continue to grow in the future.

Of those who did take a stab at it, fewer than 10% anticipated their usage increasing. More expected it to decrease and a quarter expected it to stay about the same.

Among all the shrugs though, one key highlight of the central bank responses to cryptocurrency was a recognition of its use in cross-border transactions.

While thoughts on the current usage of cryptocurrency were overall muted, there are still clear differences in how central banks look at crypto in domestic compared to cross-border payments. Almost 60% of central banks are happy to say cryptocurrency has practically no use for domestic payments, but only 40% say the same for cross-border payments.

It's worth noting that central banks (hopefully) tend to have a pretty good finger on the pulse of their country's economies. If they overall say more people are using cryptocurrency for international payments than domestic payments, that's probably worth noting.