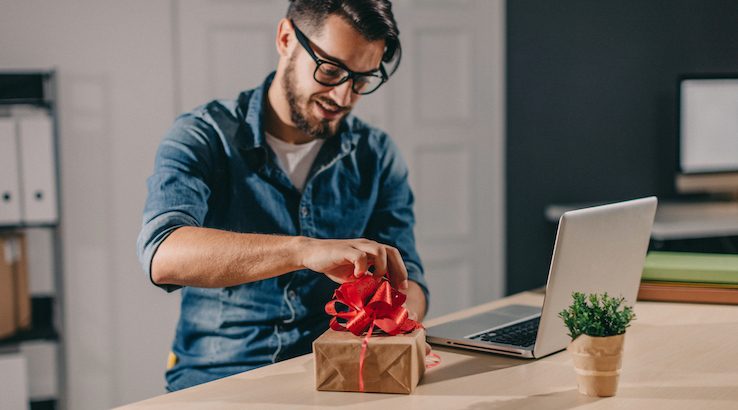 Christmas has come early for CBA shareholders; although, the gift this year is a lot smaller.

The Commonwealth Bank of Australia (CBA) has today announced a final dividend of $0.98 a share, bringing the full annual dividend to $2.98 (fully franked).

The update arrived as the major bank shared its annual profit numbers in what is sure to be one of the most widely watched results this reporting season. CBA posted net earnings (NPAT) of $7.296 billion, an 11% drop from the year prior, with the bank citing the impact from COVID-19 and provisions needed against loan defaults.

Its share price initially rose at the news, only to drop by the afternoon to close relatively flat at $73.34.

"In many ways, management's hands were tied after they needed to retain at least 50% of earnings as per APRA's recently updated guidance," Wayne told Finder.

Last month, APRA called for Australia's banks to cut dividend payout ratios to no more than 50% of company profit in order to shore up capital in the downturn.

CBA was the only Big Four bank not to cut or defer its interim dividend in 2020, keeping it the same as previous years at $2 a share. The latest news left some speculation the company would defer or cancel its final dividend.

In April, NAB slashed its dividend by over 60% while ANZ and Westpac deferred theirs until further notice.

CBA's final dividend is due to be paid to shareholders on 30 September. To be eligible, you'll need to own CBA shares by 19 August, which is the ex-dividend day.

The ex-dividend date is the final day shares need to be held in order to receive the next dividend payment on those shares. This is why stock prices typically rise in the lead up to the ex-dividend date and drop immediately after.

To read more about how dividends work, you can check out our guide on dividends.

Is it good news for shareholders?

Considering the year we've had, any dividend at all might seem like a miracle. That being said, the latest profit results reveal a number of key weaknesses, according to Wayne.

"With the exception of a slight improvement in revenue and in an improved common equity tier 1 (CET1) ratio, every other key metric deteriorated over the period," Wayne told Finder.

On top of the drop in annual earnings, he pointed to an increase in operating expenses, a jump in impaired corporate loans and a weaker than expected profit margin.

"It is noteworthy that 15% of the business loan book is on deferral, which equates to A$14 billion of the outstanding loan balance," said Wayne.

With the economy expected to take years to recover from the recession, he notes that future earnings, and therefore dividends, are expected to remain challenged.

As the biggest bank in Australia, CBA has always been one of the most popular stocks among Australian investors. This is largely because of its sheer infallible size and attractive dividend yield.

However, with the major banks cutting or scrapping dividends, investors may find better dividend deals elsewhere.

"CBA has historically always traded on a premium to its peers which to some extent is justified given its early investment in technology and ability to maintain a dividend during this tough period," said Wayne.

"We feel ANZ, NAB and Westpac are more attractive (than CBA) on a relative basis given they are essentially trading at their cheapest level in almost 30 years, with current valuations sitting below book value."

On Wednesday 12 August, top analysts UBS and Ord Minnett set neutral positions for CBA, with price targets of $63 and $63.50, around 14% lower than the day's closing price.