Car sharing may change how we view our vehicles 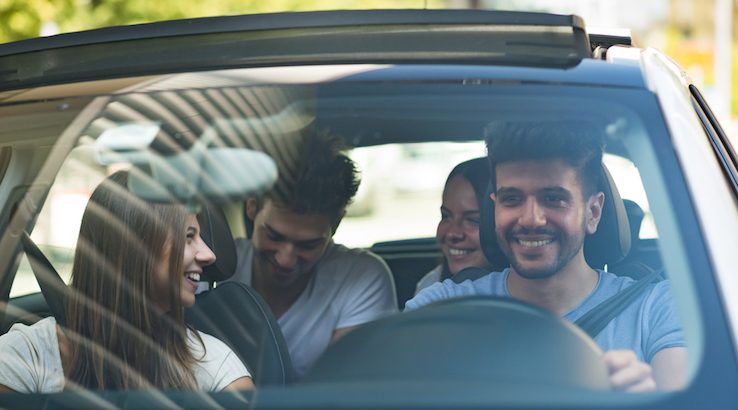 Traditional car ownership could be on the way out.

While Australians still prefer owning a new car, the growing car sharing market is emerging as a cost-efficient alternative for those looking to get around. As lifestyle preferences change, traditional car ownership may become a thing of the past.

Chris Noone, CEO of Collaborate Corp, which owns the car sharing service DriveMyCar, told finder.com.au that access can be more important than ownership when it comes to cars. “People see owning too many assets as being a burden. So actually having access to the asset is really what they want. They want the experience. They want the lifestyle, but they don't necessarily want the burden of paying insurance, paying registration, parking.”

An estimated 200,000 Australians are already using car sharing services, but that could rise to 1.5 million within ten years, according to Roy Morgan research from last year. The study found one-in-three Australians were aware of car sharing services like GoGet and Flexicar, with that figure rising to better than one-in-two for those in Sydney and Melbourne. 59% of Australians would also prefer car sharing over using a taxi or Uber for one-way trips, according to the Transport Opinion Survey released by the University of Sydney in March.

Michele Levine, CEO of Roy Morgan, suggested traditional car ownership is no longer meeting our needs. “Our cars sit idle for 23 hours a day, on average, and the car in the Aussie garage is not always the right car for the right job,” she said. “Car sharing enables Australians to have a large SUV when they need to move people and things around, or a small car for that quick trip into the city – one size does not fit all.”

It can also work out cheaper to use a car sharing service like GoGet instead of getting a loan and owning a car, according to research conducted by finder.com.au earlier this year. For a medium-sized car like a Toyota Corolla, it was more cost-effective to rent rather than buy if you’re using the vehicle an average of 13 hours per week, the survey found.

Bessie Hassan, a money expert at finder, agrees car sharing may be a better option for people who don’t drive regularly. “There comes a point where it’s actually cheaper to ditch the car and let someone else handle the responsibility of cleaning and maintenance. If you’re only really using the car once or twice on the weekend, and perhaps for a weeknight grocery shop, it may make sense to use a car sharing service instead.”

Noone goes further and suggests changing circumstances may make car ownership more of an inconvenience. “Do you really know what you'll be doing in one year and two years' time? Will you be living in Australia? Will you get a great job offer and need to move to Melbourne, and be commuting by train to work? What if you go away for six weeks a year? What's the point of having your car sitting around, doing nothing? Why should you be paying for that car at all?

“[When you’re] taking out a loan, you generally have to have a fairly sizable deposit. As soon as you take out a loan on the vehicle, you're also owning a depreciating asset as well. So you've not only got your interest and your repayments, you've got depreciation diminishing the value of that car as well.”

Car sharing may therefore offer the best of both worlds by giving customers the option of an extended rental period without the longer term costs of car ownership. “Our average rental period in our marketplace is 38 days, and a lot of our customers are taking year-long rentals of vehicles,” says Noone. “That's because they want to maintain that flexibility. Quite often, you'll buy a car, and after six months, you'll go, ‘Oh, yeah, it's great, but it's sort of lost the new car feeling now. I really want something else, but I'm stuck with this for the next three years. If I go to sell it, it's going to depreciate.’ You don't really have that with the rental proposition.”

Sydney mother of one Aine Healy and her partner decided to try car sharing after their car was written off in an accident late last year. “Even though our insurance covered the loss, we decided to trial going carless for a while and see how we would manage. We started using GoGet earlier this year when we found public transport would take too long to get somewhere, we were short on time or if it was somewhere that was hard to reach by public transport.”

The inner-city couple now use a combination of car sharing, Uber, taxis and public transport to get around. Healy predicts they may have saved a few thousand dollars by ditching their car, but says the benefits go beyond just the money they are saving. “I’ve been more organised with shopping for groceries and other items, either ordering online or doing a bulk shop when I do use a GoGet car, as there’s less chances to make impulse purchases. We also use our bikes more. Whereas before we would have just used the car, often we ride our bike places.”

While they currently have no plans to go back to car ownership, Healy admits there are some drawbacks. “I do miss having a car sometimes, it can be hard to do things spontaneously like head to the beach on a warm day. It can also be tricky to run errands or visit a few places in one trip. You also need to be organised and leave enough time to get places on public transport. Sometimes it is quicker but sometimes much much longer. I’d also like to go on a road trip, so need to work out costs for a rental car as car sharing is not cost-effective for longer trips.”

Traditional car ownership can still be more cost-effective than using a rental service and provides the added benefits of having a car there when you need it. Furthermore, car owners can also benefit from the car sharing market. According to Noone, owners can list their vehicle with a service like DriveMyCar to help pay off the cost of the car. “Owners can receive up to 42% of the value of the vehicle per year. If you think of buying a vehicle, you can pay off the capital cost of that vehicle within around two and a half years. So it's really good return on investment.”

For those looking to work as an Uber driver, car sharing services like DriveMyCar can also be a cost-effective way to find a car. According to Noone, the added flexibility offered by car sharing services may suit the lifestyle of potential drivers. “If you're an Uber driver, you're someone who wants flexibility in your life. You may want to work three days this week. You may want to work for three months and then take the next two months off and do something else. So we have the ability for the Uber drivers to hand back the vehicle when they're not using it.”