Thinking about buying an electric car? Here are our Tesla model reviews.

Everyone's heard of Tesla, the relative newcomer to the automotive industry. Tesla is shaking things up with its innovative and revolutionary electric cars.

A brief history of Tesla

Initially founded in 2003, Tesla was then known as Tesla Motors. The California-based startup's masterminds were two engineers with entrepreneurial streaks, Martin Eberhard and Marc Tarpenning. Famously, tech magnate Elon Musk got in early, apparently investing an initial $30 million. The first Tesla car, badged as the Roadster, was a prototype based upon the Lotus Elise. It had a range of 320km. 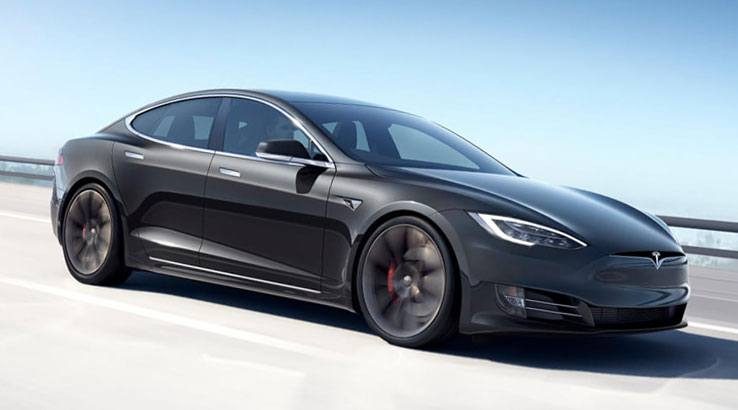 Following the Roadster, Tesla began to sell its first ground-up vehicle, the Model S in 2012. The Model S is still available today and is one of the bestselling electric cars made to press. 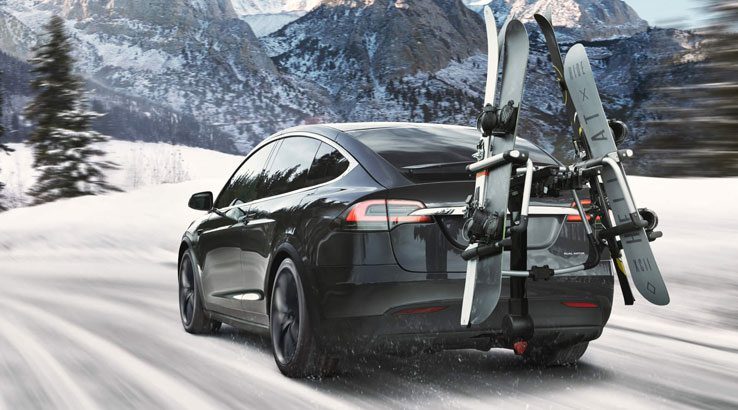 Model X was the next car delivered in 2015, this time in the form of a 5-, 6- or 7-seater, medium-sized crossover SUV. The Model X famously has gull-wing, or falcon wing, rear doors – just like the DeLorean from Back to the Future. Tesla says it's the most aerodynamically slippy SUV ever, with a drag coefficient of 0.25Cd. 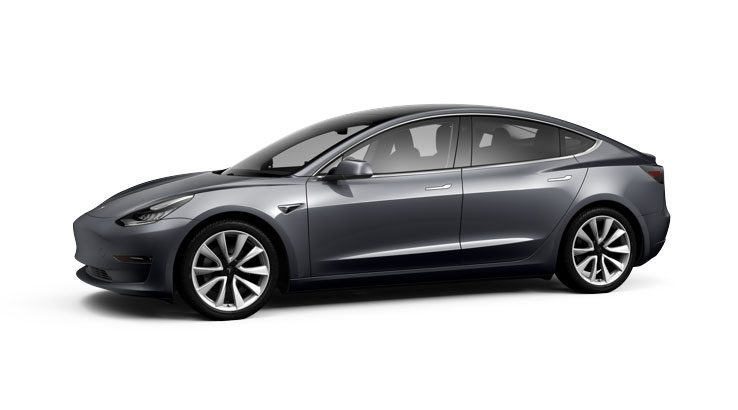 Then, in 2017, Tesla's most affordable car arrived, a 4-door sedan, called the Model 3. It's thought that in 2018, the Model 3 was the bestselling battery-electric vehicle worldwide. 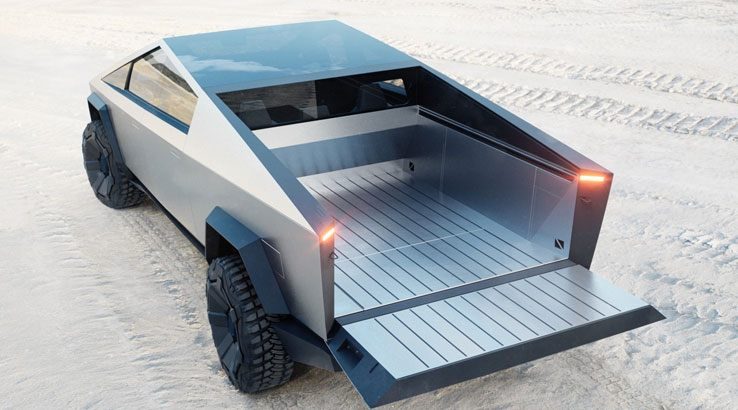 Other notable vehicles announced include the ridiculously powerful (and reductionist) Cybertruck ute, the Tesla Semi truck, a sports car 2020 Roadster, as well as a compact crossover SUV based on the Model 3, branded as the Model Y. If you've been paying attention, the four core models' single character monikers spell out "S3XY".

Musk tweeted this last year, confirming the joke, years in the making:

Is Tesla stock a buy after weeks of steady declines?

Tesla's bizarre reinvention of the ute isn't out yet, but Australians can at least play with Hot Wheels remote control Cybertruck.

Which model should I buy?

There are quite a few Tesla models available for Australian EV car buyers. Here's a quick breakdown of the line-up: 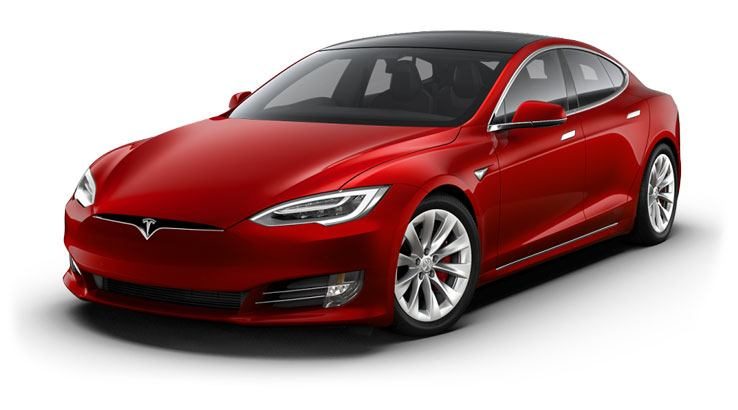 The Tesla that's probably most widely known, or certainly one of the most searched for online. The Model S is a large, five-door sedan. It has a seriously impressive range of 713km (NEDC) and according to Tesla, best-in-class storage at 804 litres. Famously, the car has a Ludicrous mode, which makes some of the models capable of a 2.6-second 0–100km/h. The Model S also has a frunk, or a "front trunk" (boot to Aussies), under the bonnet in the place of a traditional engine. Internally, it's super minimal, with all controls housed on a giant 17-inch screen.

The Model S has very positive reviews from the motoring media. Reviewers loved the insane performance (with an instant and rapid uptake), its interior cabin space, the ample storage and its safety assists. The battery range was also praised highly.

Verified owners have also given the car solid acclaim. 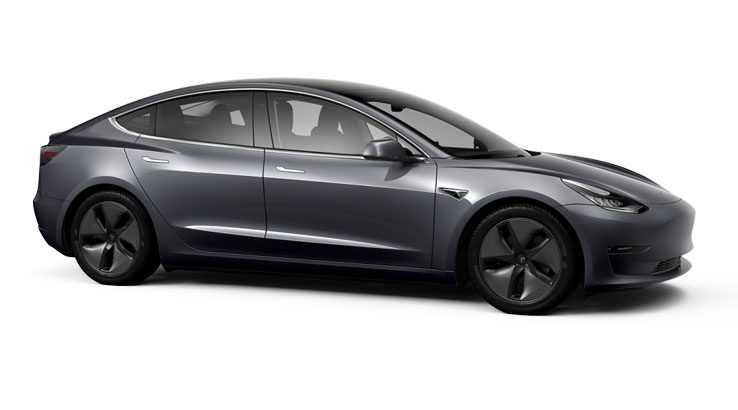 The Model 3 is a popular electric car and is touted as the bestselling EV in Australia. It's smaller than the Model S, making it better suited to those who live in the city or built-up urban areas. It's also considerably more affordable than the Model S, with an equipment list that rivals high-end performance European sedans. The Performance model isn't quite as a rapid as the Model S equivalent, but it's also not as expensive.

Model 3 has a slightly different warranty scheme to the S. Both have a New Vehicle Limited Warranty of 4 years (or 80,000km). However, the battery and drive unit have differing terms.

The Model S includes a key fob, while on the Model 3, it's a $150 optional extra. Instead, you use a key card or smartphone app. Also, the Model S and X have free supercharging, whereas you'll have to pay per use as a Model 3 owner. 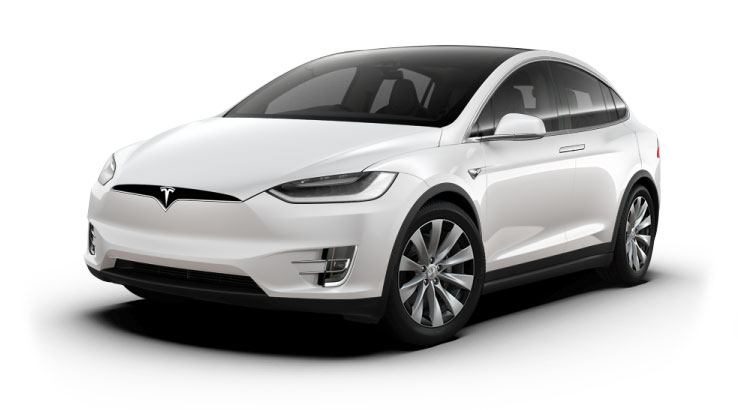 The Model X aims to be the best SUV at everything. It's the most aerodynamic, quickest accelerating and with an effective 1,000Nm of torque, one of the most grunty SUVs to date. Despite having AWD and looking like an SUV, it's not designed to tackle anything more serious than a smooth gravelly track, or perhaps a muddy field.

However, the X has the benefits of extra seats (room for up to seven when purchased optionally), as well as seriously cool falcon wing doors, which journalists say make the car far more practical. The doors automatically detect if there are obstacles, such as low car park roofs or closely parked flanking vehicles, adjusting automatically. The neat extras like self-closing doors are a merited inclusion according to journos. 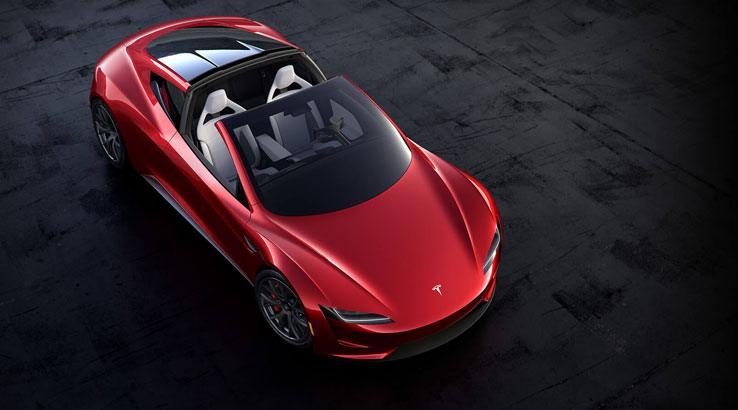 Though there are currently only three Tesla models on sale in Australia, new variants are inbound. Tesla is expected to bring the Model Y SUV crossover here by the end of 2020, with an as-yet-unannounced price.

A Tesla ute was announced last year, in the form of the Cybertruck. It's a futuristic-looking pick-up with insane performance and towing specs.

Check out our Tesla buying guide for more info on features and help deciding which model to choose. For assistance finding a Tesla Supercharger site near you, we've made a Tesla charging map. You might also be interested in seeing how cost-efficient the Tesla Model S is, see how long it'll take for you to recoup your EV car costs or discover how to insure a high-value electric car.