Can you correctly identify these top Australian destinations? 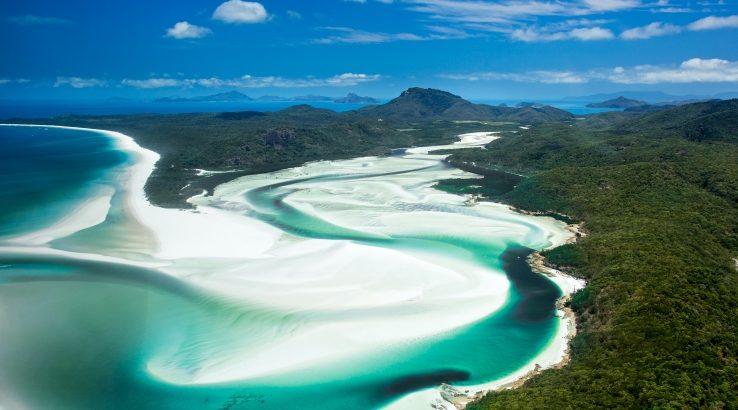 Only 1% of Australians can correctly guess where in the world these are.

Australians seem to travel the world with ease and discovering new places is becoming the new normal. However, when it comes to travelling in our own backyard, it appears we're far less adventurous.

According to new research by Expedia, over 80% of Aussies surveyed admit to a lack of knowledge on Australian holiday destinations. Even more so, when participants were shown images of 7 well-known locations, most thought they were overseas and only 1% knew where they all were.

The trickiest locations to place were parts of Bendigo and Sydney University. The respondents thought they were both in the UK (45% and 57% respectively).

Other common misjudgments included mistakenly assuming the Daintree Forest for Thailand (18%) or Brazil (11%) and the cityscape of Brisbane for Singapore (19%).

Of the seven destinations, the Whitsundays was the most recognised, although some mistook the image for Hawaii or the USA.

Can you identify these Aussie destinations?

Although most Aussies (77%) have had a domestic getaway in the past year, the research reveals they are playing it safe and mainly choosing to stay within major cities.

Another possible factor to the lack of local exploration is cost with 78% of the respondents convinced it is cheaper to holiday overseas than to stay in Australia. Additionally, over half (54%) of respondents believe the only way a trip at home can be cheaper is if you do it the no-frills way.

To help us all uncover and explore the beauty of our own backyard, Expedia has highlighted beautiful locations close to home that can offer travellers similar, if not better, experiences of a holiday overseas without breaking the bank.

Director of Expedia Australia, Alex Ozdowski said: "In today's digital world, social media and images play a role in influencing and providing Aussie travellers a source of inspiration for their next trip. While this study has uncovered knowledge gaps amongst Australians, we were also pleasantly surprised to discover and uncover some of the most beautiful locations, that are right in our backyards".

Seeking a tranquil getaway similar to the likes of Bali or Koh Samui? Head to the picturesque surroundings of the Daintree Forest where you can save up to 5% on the average nightly rate by comparison.

For the adventure seekers and nature lovers, take a look at the stunning Daintree Ecolodge, situated amongst the canopy of the oldest living rainforest anywhere in the world. You'll be hard-pressed to spot the difference.

Got the City of Angels at the top of your travel list? Save up to 76% on airfares and discover Los Angeles in the hustle and bustle of Brisbane at the Calile Hotel. New to the scene, The Calile provides a subtropical resort within the Brissie city landscape.

If you're all about that picture-perfect beach vacay, get some Bahamas vibes in Australia's very own tropical oasis, the Whitsundays. Instead of forking out the average daily rate of $545 charged in the Bahamas, you can expect to pay around $255. Popular At Water's Edge Resort is nestled into the hillside amongst lush tropical gardens and is just a stone's throw away from the beach.

For more local inspiration, check out our round-up of the best places to visit in Australia and for the adventurous travellers looking to get away from it all, these top remote Australian destinations.