Can I take my phone overseas?

Before you head to the airport, make sure your phone will still be working when you land.

Heading off on holiday? Of course, you'll want to take your phone. If you're not Instagramming foreign meals, inundating Facebook with photos and asking people for travel advice on Twitter, how will people know you went away at all?

But before you start the happy snapping and status updates, there are a few things to check before you leave.

Will my phone work overseas at all?

The answer is almost definitely yes if it was made in the past five years, but that comes with a small caveat. When you're looking at 2G and 3G connections (that's voice and data) there are two different standards in the world: GSM and CDMA.

Most of the world uses GSM, including Australia, while CDMA is still operating in the US, Russia and South Korea. A GSM phone, which is what you have with any Australian mobile phone, won't work at all on a CDMA network. But even in CDMA countries, GSM networks exist so you would have to be in a very unusual spot, geographically, for this to be a problem.

Is my mobile unlocked?

What's more likely to be a problem than network compatibility is whether your phone is unlocked or not. A locked phone is tied to a single telco or carrier and won't work with a different SIM.

This isn't a problem if you're intending to use the roaming services offered by your telco, but if you – like many people – are planning to get a global travel SIM or a SIM local to the country you're visiting, you'll need an unlocked phone.

Locking phones isn't nearly as popular as it used to be, but if you do find yourself in carrier jail, you can unlock your handset. We've got a comprehensive guide to walk you through unlocking from any mobile carrier. Typically speaking, most recently sourced mobiles aren't locked by carrier networks, but if yours is, you may incur a small charge to unlock it, depending on how long you've had it and how much you've spent with your carrier.

If you're with a mobile virtual network operator, the odds are very low that your phone is locked unless you've procured it on contract with them. It's still wise to check up-front if your phone is unlocked before you travel because it can be a major headache to arrive and find you have no phone service. 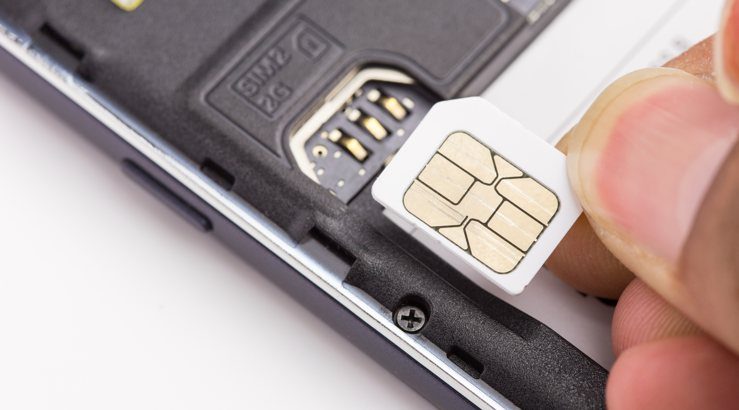 Travel SIMs: It's not one size fits all

Size counts, especially when it comes to buying a SIM card overseas. A modern phone is likely to take either nano or micro SIMs, nano being the smaller of the two. Our guide to SIM sizes can assist you with getting the right sized SIM from your travel SIM provider.

Roam, roam on the range

If you are planning to use global roaming with your existing telco, make sure you're prepared! Here's what you want to check before you head overseas.

A local SIM, for local people

Getting a local SIM is a great alternative to setting up global roaming, especially if you're heading to a single country.

You don't keep your usual number, but that's about the only downside. You'll often be able to buy these at the airport as soon as you're off the plane and many countries have "tourist"-designated short-term plans to make it even easier. We have a comprehensive guide on getting a SIM in different countries right here.

Buy before you leave

If you're off to a few destinations and don't want to be leaving behind cast-off SIM cards as you travel, a specialised roaming travel SIM might be what you're after and you can buy that before you go.

Is it worth buying a new phone?

Some people worry about whether they should have a special phone just for travelling with dual SIM capability. There's no reason not to, but there's not really a good reason to do it either. That said, a dual SIM phone might be quite handy if you're regularly travelling.

These phones take two different SIM cards, meaning you can have a local SIM providing all your data needs while your Aussie SIM can still take calls and send SMS (although you'll be paying roaming rates on those).

Peace of mind: Insure it

The other thing to keep in mind is insurance for your phone, especially if you're heading overseas with the latest whizzbang handset fresh off the press – and with the sore wallet to prove it! Gadget insurance is an option for travellers and worth looking at if you’re a fan of tech toys.

So, Google’s not actually buying HTC after all Google Pixel 2 vs iPhone X, iPhone 8 Plus and iPhone 8