By energy, cryptocurrencies are more expensive to mine than metals 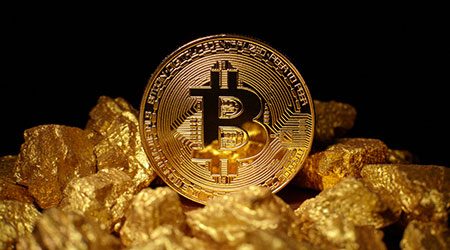 A study published in Nature Sustainability on 5 November has assessed the efficiency of mining cryptocurrencies next to metals, as measured by electricity for dollars, specifically how much energy is needed to mine US$1 or metal or cryptocurrency.

Almost across the board, prominent cryptocurrencies require much more energy to mine.

Aluminium takes the lead by a very long shot, standing out as consuming 122 megajoules (MJ) of energy per dollar of value. For perspective, it takes about 4.2MJ to heat 10 litres of water from 0ºC to 100ºC, according to The Guardian.

At 17MJ to produce $1 of value, bitcoin fares much better, as does Monero at 14MJ per dollar. But they are still far worse than precious metals and most of their crypto compatriots. Ethereum and Litecoin were both estimated to consume 7MJ per dollar, while copper, gold, platinum and rare earth oxides consume 4, 5, 7 and 9 MJ respectively.

For cryptocurrencies, the estimates are based on the average from 1 January 2016 to 30 June 2018, but might still be quite relevant.

Other than major price movements, average mining profitability doesn't seem to have reached any fundamentally different places during the time of the study compared to now, for bitcoin at least, according to BitInfoCharts.

The study estimates that mining for those 4 cryptocurrencies was responsible for somewhere between 3 and 15 million tonnes of CO2 emissions.

According to the EPA equivalencies calculator, the best case scenario is equivalent to more than half a million passenger cars driving for a year, and would take about 80 million tree seedlings grown for 10 years to sequester, or 5 times that for the worst case scenario.

Either way, those estimates might be incredibly low for an industry that's accused of chewing through somewhere between 0.1% and 0.5% of the planet's energy. Even that upper bound of 15 million tonnes is barely a blip next to the estimated 37 billion tonnes released in 2017.

To be comparatively precise, that 15 million tonnes of CO2 thought to be coming from BTC, ETH, LTC and XMR combined would only be about 0.0005% of 2017's total global CO2 emissions. So bitcoin alone is thought to be using something like 0.1% of the planet's energy, but this study says it's only responsible for 0.0005% of emissions.

Energy production isn't the only emitter of CO2 but it's still a fairly stark difference. Part of this might be explained by the tendency of cryptocurrency miners to seek out the cheapest energy sources possible, which often leads to renewable energy sources.

In Iceland, for example, this is geothermal energy. Not coincidentally, that's also why aluminium smelting, way up there at 122MJ per dollar, is also such a big part of Iceland's economic backbone.

The value proposition for miners might not be the best, but it does suggest that a surprisingly large proportion of cryptocurrency mining is done with renewable energy.