Should I Buy The iPhone 11? 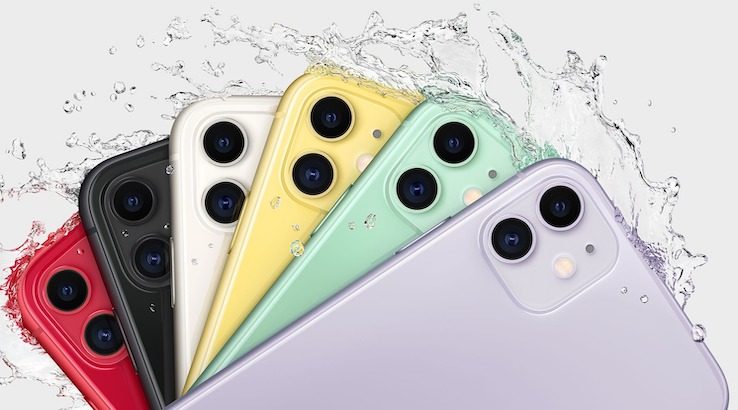 Ahead of the expected reveal of the iPhone 12, now might seem like the time to snaffle up an iPhone 11 bargain, but there's actually a better bargain to be had in low-cost iPhones.

While the rumours had swirled for some months, Apple this week made it official – the iPhone 12 will officially launch next week at an event that will kick off at 4AM AEDT on 14 October 2020.

Or at least, Apple's going to be talking about "Speed" at its event next week, because it never explicitly comes out and says what it's going to do before it does it. If for some crazy reason Apple doesn't show off new iPhones, expect its stock price to plummet if you happen to own shares. Get 90 days FREE of Amazon Music Unlimited with the purchase of any eligible product.

What you might also think would plummet would be the price of older iPhone models once the new ones are available, because that's the general trend for most technology, and indeed most smartphone ranges.

The new iPhone 12 – expected to come in a range of sizes – will no doubt feature improved camera optics, an updated Apple Fusion processor, the possibility of 5G on at least the top end models, and possibly a new design that's been rumoured to be a mix of the current visuals and the more striking old-school appeal of the iPhone 4 family, although we'll have to wait and see precisely what those details are for the early hours of next Wednesday morning.

However, that doesn't mean that the iPhone 11 family suddenly become junk. The Apple A13 Bionic that powers that group of phones is a performance beast, and while Apple hasn't had the absolute best mobile cameras for a while now, they remain very easy to use for folks who just want a point, click and decent looking photo experience.

That's why the top-tier Apple iPhone 11 Pro Max has been at or near the top of our best phones list ever since it appeared 12 months ago, because it's a great phone in its own right. You can read our comprehensive review of that handset right here.

While the iPhone 11 family lacks 5G compatibility, unless you're in a coverage area and on a plan that offers 5G that's not necessarily a big loss either, especially when you consider the additional battery draw that 5G brings with it.

The other practical reality here is that we're long past the point where most folks need an ever-increasing quantity of smartphone power. Frankly, even the mid-range devices you can buy today can handle more than enough of the social media, web browsing, video streaming and gaming tasks people throw at them. While it's very likely that the new iPhones will have faster processors, the practical reality is that you're unlikely to particularly push at their edges straight away, if ever.

So the smart money would be to buy an iPhone 11 now and rest on its existing power profile?

That would be true, but it's unlikely you're going to be able to do that, for a couple of reasons I'll go into now. Thankfully, there is a very good option open to you if you want a powerful iPhone but can't meet the iPhone 12's asking price – or aren't entranced by its feature set.

Recent model iPhones tend to keep their price – why?

If you look around the market for either new-in-box, refurbished or outright second-hand phones, there's a huge gulf between just about any Android handset and Apple's iPhones, and that's in the price points they command once they're no longer the flagships of their particular brands. If you're buying outright, it's generally not hard to shave a few hundred dollars and often more off Android flagships, but this doesn't happen anywhere near as quickly with Apple's iPhone lines.

Why does this happen?

One big reason is the way that Apple handles prior iPhone generations when new generations appear. Tim Cook isn't answering my emails right now, but it takes no crystal ball gazing to suggest that sometime in the early evening Australian time on 14 October 2020, the Apple Store will go "down"…. which is to say that Apple will take it offline largely to scrub out the older iPhones that it will no longer sell from 15 October 2020.

This has to be largely for show and to create hype, because there's no way right now if Apple is launching new iPhones next week that it won't have all that pricing detail absolutely locked down. In 2020, it doesn't take 6 hours to update Apple's web sites, but creating that appearance of "big" changes all feeds into the hype.

Along the way, Apple will also more quietly remove lines it no longer sells – and that's likely to be most if not all of the iPhone 11 range, unless it opts to keep one single, low storage capacity variant around to provide a price range to consumers.

That drop-off of sales is important, because it means that the inventory that Apple has at that time will shift largely over to repairs and warranty replacement stock, leaving relatively few genuinely "new" units on store shelves. You're essentially left with inventory that the third party Apple sellers still have lingering around, and if they're smart they won't have been ordering too many of those in the lead-up to new iPhone season, because they'll be well aware that most of the focus will be on those new handsets. In any case, the reported margins on those handsets, especially for local stock is razor-thin, so they're not terribly inclined to drop prices and lose money as a result.

There's also an issue in the second-hand market where iPhones are expected to hold value better than most other phones, and that perception feeds into the reality, leading to prices that generally aren't that much better than for actually new stock.

There's always the option to buy a "refurbished" iPhone at a lower price, but that brings with it some risks in terms of who's done the refurbishing and the parts they use. Apple doesn't go into the factory seconds iPhone market itself, and we've outlined some of the considerations you should look at when choosing a refurbished phone here.

I don't want to pay full iPhone price – am I out of luck?

No, you're not, because there is a third option that will almost assuredly survive the iPhone purge next week, while still offering iPhone 11 style performance.

Now, realistically you could perhaps score a refurbished iPhone XS for around that price point, but the iPhone SE 2020 is going to be a better long term bet. That's because it shares the same A13 Bionic processor as the Apple iPhone 11 family, and that means that it's going to run iOS 14 and at least 2-3 future full iOS upgrades without really breaking a sweat. The further back you dive in iPhone generations the cheaper the phones will get, but you run the very real risk of hitting the iOS compatibility wall very soon indeed. When you're looking to pick up a new-to-you phone, especially in the current economic situation, longevity is a big plus.

The iPhone SE 2020 is also available on contract terms through Telstra, Vodafone, Optus and Telechoice: