How to buy Sony (SNE) shares in Australia

Learn how to easily invest in Sony shares.

Sony Group Corporation (SNE) is a leading consumer electronics business with stocks listed in the US. It opened the day at US$98.73 after a previous close of US$99.18. During the day the price has varied from a low of USD97.59 to a high of USD98.97. The latest price was USD98.06 (25 minute delay). Sony is listed on the N/A. All prices are listed in US Dollars.

How to buy shares in Sony

CMC Markets Stockbroking
Finder Award
For our Top Picks, we compared our Finder partners using a proprietary algorithm in August 2020. Keep in mind that our top picks may not always be the best for you, and you're encouraged to compare for yourself to find one that works for you. Read our full methodology here to find out more.

Use our graph to track the performance of SNE stocks over time.

Sony shares at a glance 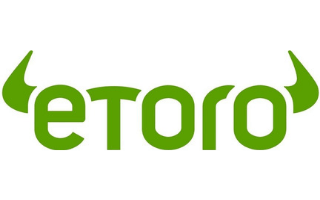 Go to site
Capital at risk

Is it a good time to buy Sony stock?

Historical closes compared with the last close of $98.06

Is Sony under- or over-valued?

Valuing Sony stock is incredibly difficult, and any metric has to be viewed as part of a bigger picture of Sony's overall performance. However, analysts commonly use some key metrics to help gauge the value of a stock.

Sony's current share price divided by its per-share earnings (EPS) over a 12-month period gives a "trailing price/earnings ratio" of roughly 14x. In other words, Sony shares trade at around 14x recent earnings.

The PEG ratio provides a broader view than just the P/E ratio, as it gives more insight into Sony's future profitability. By accounting for growth, it could also help you if you're comparing the share prices of multiple high-growth companies.

Sony's EBITDA (earnings before interest, taxes, depreciation and amortisation) is US$11.7 billion (£8.4 billion).

The EBITDA is a measure of a Sony's overall financial performance and is widely used to measure a its profitability.

There are currently 2.1 million Sony shares held short by investors – that's known as Sony's "short interest". This figure is 14.6% down from 2.5 million last month.

There are a few different ways that this level of interest in shorting Sony shares can be evaluated.

However Sony's short interest can also be evaluated against the total number of Sony shares, or, against the total number of tradable Sony shares (the shares that aren't held by "insiders" or major long-term shareholders – also known as the "float"). In this case Sony's short interest could be expressed as 0% of the outstanding shares (for every 100,000 Sony shares in existence, roughly 0 shares are currently held short) or 0% of the tradable shares (for every 100,000 tradable Sony shares, roughly 0 shares are currently held short).

Such a low SIR usually points to an optimistic outlook for the share price, with fewer people currently willing to bet against Sony.

Find out more about how you can short Sony stock.

Recently Sony has paid out, on average, around 3% of net profits as dividends. That has enabled analysts to estimate a "forward annual dividend yield" of 0.44% of the current stock value. This means that over a year, based on recent payouts (which are sadly no guarantee of future payouts), Sony shareholders could enjoy a 0.44% return on their shares, in the form of dividend payments. In Sony's case, that would currently equate to about $0.455 per share.

While Sony's payout ratio might seem low, this can signify that Sony is investing more in its future growth.

Sony's most recent dividend payout was on 7 December 2017. The latest dividend was paid out to all shareholders who bought their shares by 27 September 2020 (the "ex-dividend date").

Have Sony's shares ever split?

Sony's shares were split on a 2:1 basis on 24 May 2000. So if you had owned 1 share the day before before the split, the next day you'd have owned 2 shares. This wouldn't directly have changed the overall worth of your Sony shares – just the quantity. However, indirectly, the new 50% lower share price could have impacted the market appetite for Sony shares which in turn could have impacted Sony's share price.

Beta is a measure of a share's volatility in relation to the market. The market (N/A average) beta is 1, while Sony's is 0.8056. This would suggest that Sony's shares are less volatile than average (for this exchange).

Sony in the news

There are no recent company news

Was this content helpful to you?
Thank you for your feedback!
How to buy Isentia (ISD) shares How to buy Domain (DHG) shares

Not sure what platform to go with?
Take this quick quiz to find the right share trading platform