Is buy now pay later a good option for solar? 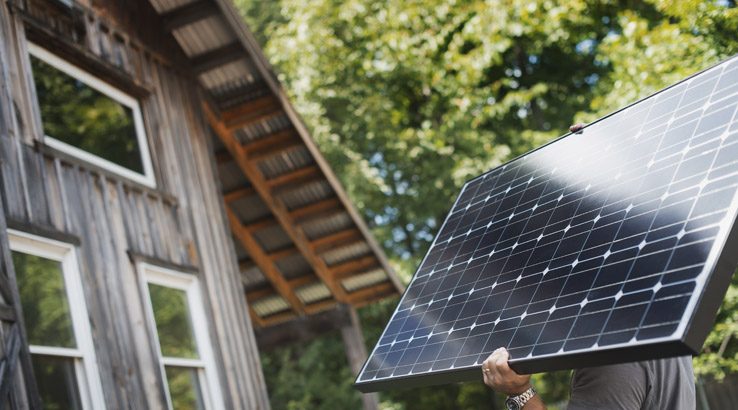 There are plenty of incentives to switch to solar these days, from being good for the environment to saving money on your monthly power bill. That said, initial cost still remains a big barrier to entry for most people looking to switch to green energy, with a decent 6kW solar set-up costing upwards of $6,000 to install.

Buy now pay later schemes seem to offer a great way to get solar now and pay it off in the future when you're already reaping the benefits. But how good are these deals really?

Buy now pay later financing is a form of interest-free loan, similar to Afterpay for normal retail purchases. With this system, you'll be able to have your solar set-up installed at no up-front cost and pay off the loan through a system of periodic repayments in the future.

These no interest loans can be appealing for a number of reasons. The first is that you'll be able to get your solar system installed immediately and start saving on power right out the gate.

The other is that these loans have much lower eligibility requirements than a regular bank or personal loan, meaning that even if you have a poor credit rating, you still have a good chance of being approved.

Usually, all you need to access such a loan is some proof of a regular income and a roof to slap the solar panels on.

These no interest loans can be appealing for a number of reasons. The first is that you'll be able to get your solar system installed immediately and start saving on power right out the gate.

What's the problem with "interest-free" loans?

The major issue is that most of these loans being offered by retailers are misleading. While the repayments may not include interest, the retailer will usually bake that interest into the actual cost of the system itself, boosting its total price by 15-25%. This means you'll almost certainly end up paying more overall than if you take a different financing route.

On top of this, interest-free loans generally have shorter repayment periods than other loans, making your monthly repayments very pricey indeed. In the past, there's even been the risk that you're being sold low quality components for a heavily inflated price.

New protection for solar customers may be on the way

It's worth noting that the ACCC put forward new code as of December 2019 (which is currently under review) to help protect consumers from substandard set-ups and unsavoury business practices. The original proposed code didn't even allow for buy now pay later deals, but the updated version does so long as the credit provider has an appropriate level of consumer protection.

Essentially, the code seeks to reduce high pressure sales tactics, enforce accurate advertising, make retailers be honest about the performance and maintenance of the products they're selling and ensure that there are adequate processes in place for handling complaints.

In short, it seeks to insulate you from predatory financial schemes. You can find more information on the code here.

Verdict: Is buy now pay later financing worth it?

Even with the ACCC's new consumer code, buy now pay later financing isn't always the best choice out there.

It might result in you paying significantly more in the medium term.

If you consider buying solar on one of these, make sure you're aware of how much your monthly repayments will be.