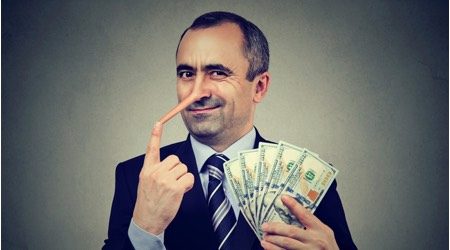 This ridiculous scam is no one's finest hour.

A South Korean businessman with a Singapore-based cryptocurrency firm got a nasty shock when a shady deal of 2 million euros (about US$2.3m) in bitcoin traded for cash in hand turned out not to be entirely above board.

The bitcoin seller was initially approached by two men over a possible investment in his cryptocurrency firm before talks turned transactional instead. They eventually agreed to terms, and the deal went down in a ritzy hotel in the French city of Nice.

But it was only after the bitcoin was away and the cash was in hand, that the seller realised he may have been ripped off. His first and only clue? The €500 notes he was handed turned out to be fakes.

They weren't even good fakes, but were rather just a lot of photocopied notes. Sources don't say whether the scam artist at least had the decency to spring for colour photocopies or if they were all black and white.

Incidentally, €500 notes are set to be phased out by the end of the year specifically because they're being so widely used for criminal purposes. If someone is handing you a wad of 4,000 €500 notes, there might be something fishy going on.

After realising he'd been had, the seller contacted the police. The master criminal was arrested shortly after, having "fled" to a top-end hotel in Cannes, less than an hour away. Before being arrested, the scammer had managed to get his hands on a €100,000 wristwatch and a luxury car. His accomplice is still at large though.

The arrested man, a Serbian resident, was remanded in custody on charges of fraud and being part of an organised crime network, his lawyer Gerard Baudoux said. It's not clear whether the seller got his bitcoin back.

The incident highlights the strange dichotomies involved in crypto-for-cash transactions. Bitcoin transactions are irreversible and typically cannot be recovered unless someone provides the keys, and most criminals arrested with cryptocurrency prefer to remain tight-lipped, according to German police. Once it's done, it's typically done.

Elsewhere, the simple act of buying bitcoin with cash at suspiciously high prices in peer-to-peer transactions can lead to one's arrest.

There's also the question of forgeries. It's outright impossible to create a bitcoin forgery, although some would argue that Bitcoin Cash is making a solid attempt, and it's always clear to anyone with minimal know-how whether the bitcoin they're being promised is real. 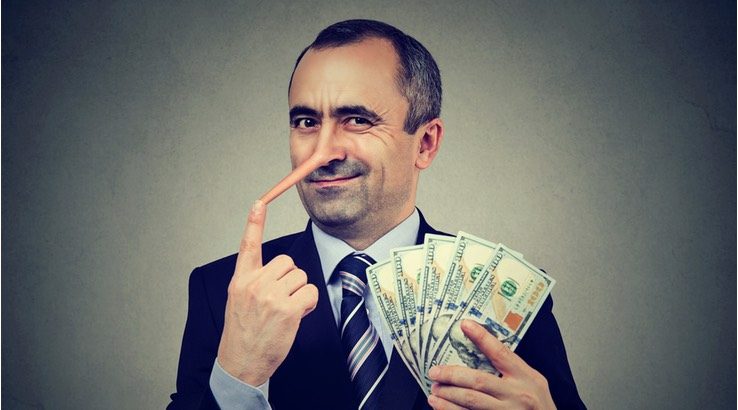 By contrast, cash is relatively easy to counterfeit, and as this incident shows, it doesn't even need to be a good counterfeit. This might be especially true if you're showing someone a foreign currency they don't see every day, and if they don't actually have any experience in identifying counterfeits.

The ease with which physical forgeries can pass in the cryptocurrency world may have been first highlighted in the Benebit ICO scam. Here, Benebit managed to sneak onto the greenlight section of various third-party ICO review sites simply by presenting some fake IDs.

The idea was for these third-party ICO reviewers to make sure ICOs were above board by checking the project creator's ID. What they failed to realise was that if you're not actually verifying the details of a piece of identification against a trusted source of information or checking for signs of forgery, you're just blankly looking at a piece of paper. The fake IDs might not have fooled a bouncer, but they were enough to let the Benebit scammers walk away with about $4 million of investor money.

With cryptocurrency being so focused on the digital world, with so much money entering the space so quickly and with a lot of relatively inexperienced tech-rather-than-finance focused people taking prominent positions, it might be no surprise that some of the oldest tricks in the book are still effective.