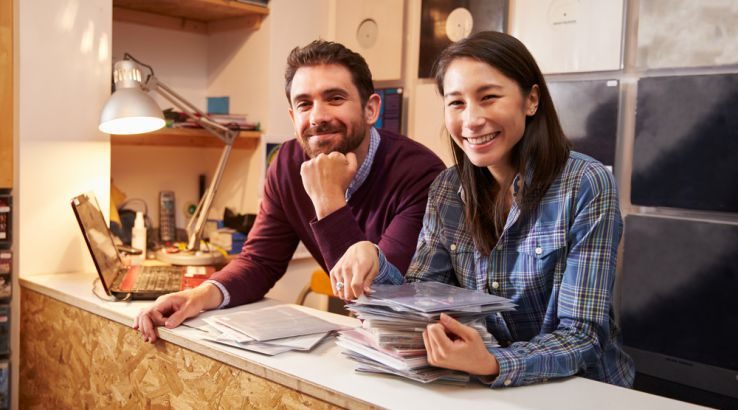 Businesses believe the economy is growing and access to finance has improved.

The latest Sensis Business Index (SBI) survey has revealed its business confidence score has jumped seven points, putting it at the equal highest level since March 2010. Of the 1,000 small and medium-sized Australian businesses (SMBs) surveyed, 61% were "confident" compared to 15% who were "worried", resulting in the net balance score.

Confidence in economic conditions is also strong. According to the Index, 25% of SMBs believe the economy is growing versus 16% that say it is slowing – the best net balance score (+9) since December 2013.

“Small and medium businesses see strength in the economy," said Sensis CEO John Allan. "This is revealed in their assessment of each of the key indicators, all of which – prices, sales, profitability, employment and wages – saw a rise in the net balance score both for last quarter and in expectations for the quarter ahead.”

“For the majority of businesses, growth is driving further employment and the employment net balance has improved to its best result in more than five years.”

The Index also showed that of the 12% of SMBs that applied for finance, more than two-thirds were successful.

The findings have been welcomed by the Minister for Small Business Michael McCormack, who said the Index results show government policy settings are working.

"We are fostering a culture of innovation, investment and opportunity to create an environment where people want to take a risk and back themselves to start and grow their own small business," he said.

"Almost 300,000 small businesses have taken advantage of our instant asset write-off, allowing businesses to immediately deduct investment in capital equipment up to $20,000 resulting in increased cash flow to grow the business while creating economy-wide confidence and local jobs."

However, the Index found that fewer businesses felt the Federal Government's policies were supportive, (22% to 18%) but businesses saying policies working against small businesses also fell from 16% to 15%.

“SMBs unimpressed with the Federal Government’s policies cited too much bureaucracy, too much of a focus on "big business" and high taxation. Of those with a favourable assessment, the Federal Government was seen as supportive and interested in small businesses, making efforts to reduce tax, and offering tax incentives,” said Allan.

Speaking of the results generally, Allan said: “As we head into the crucial Christmas period – especially for the Hospitality; Cultural, Recreational and Personal Services; and Retail sectors – business conditions are strong, hopefully ensuring a high level of confidence is maintained.”