Budget 2018: Why businesses and fintechs are disappointed 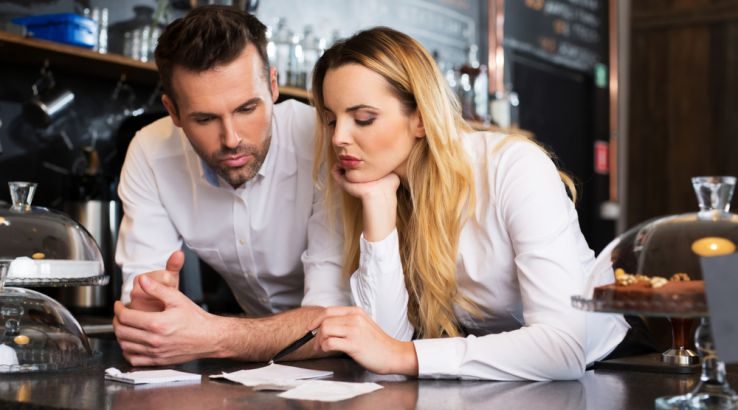 Was this year's budget a lost opportunity? 8 business leaders weigh in

Treasurer Scott Morrison made special mention of small businesses in his Budget 2018 speech, saying we need to back small- and medium-sized businesses to invest and create jobs as well as strengthen our economy. And while small businesses have welcomed the measures that were announced to support them, they have questioned whether the budget is going to be enough and calling the breadth of the measures "disappointing".

Still work to be done in R&D measures

FinTech Australia chair Stuart Stoyan welcomed a number of measures outlined in the budget but also pointed to a few missed opportunities. One is the revised Research & Development Tax Incentive scheme.

To improve the scheme following a review, the government will introduce a $4 million annual cash cap on refunds from claimants with turnover less than $20 million from 1 July 2018. This was higher than the $2 million limit suggested in the review.

While Stoyan says the changes are not as bad as originally proposed, he still feels there is work to be done.

“Our suspicion still remains that the scheme is very focused on science-based innovation and not innovation which flows from business-to-business collaboration or startup technology development.

“Australia’s startup industry is not going to grow to its full potential if the view remains that innovation can only flow from a petri dish.”

"The ATO will now be able to publicly disclose those who requested R&D relief and what the relief was for, as well as impose a limit on time extensions to complete R&D registrations and amendments to technical provisions," Allert said.

"These changes could jeopardise Australia’s goal of becoming the region’s innovation hub, as more businesses are forced to set up their R&D bases in countries with more supportive government initiatives and funding.”

"They were an ideal incentive," Jankie said. "What if R&D has us stumble on the next bit of technology like we did with Wi-Fi? The chances of taking on increased R&D work and learning or discovering nothing is low at best."

One welcome announcement was the extension of the $20,000 instant tax write-off. This follows on from last year's budget when the tax write-off was not only extended for another year but also offered to a wider scope of businesses.

However, while the re-introduction of the measure was well received, Allert believes it's time to make it permanent.

“Any further tax relief for small businesses is always welcomed, as it means they would have more resources to create jobs, expand, and purchase technology and equipment to boost productivity. The $20,000 instant asset write-off is evidently a worthwhile incentive, so it’s promising to see the government extended the initiative. As a next step, it should ideally be enshrined in permanency.”

Joint CEO of small business lender Prospa Beau Bertoli said the continued support of fintech was great to see, but would also like to have seen some measures to "reduce the relative advantage enjoyed by the big banks".

"Promoting the ability of non-banks to access lower cost wholesale funding would have fundamentally levelled the playing field in the finance industry," Bertoli said.

"This would mean companies like Prospa could provide small business owners with even easier, lower cost access to finance, and create a more competitive finance market – something Australia badly needs.”

CEO of Equitise Chris Gilbert says that it seems to be forgotten that most startup businesses do not turn a profit.

"As a startup founder, a lower tax rate is not what is important, rather access to funding to fuel and invest into growth. An area of the budget neglected from my point of view is increasing the flow of funds to startup businesses to enable them to get to a point of break even and thus, being able to realise the benefits of a corporate tax cut."

And while open banking was mentioned in the budget, no further details were provided. Mandeep Sodhi, CEO of HashChing, said this lack of clarity was "disappointing".

"The Open Banking framework is going to drive a lot of competition in the financial services space, and consumers will be the winners, so we’re disappointed that there was not more clarity provided around timing and scope in the budget," he said.

"We’ll see the biggest benefit when this framework includes lending products such as mortgages and credit cards, as this is the area where consumers stand to save the most by switching to another lender. So far the scope is only covering vehicles such as deposit accounts, so for the Government to fully leverage this opportunity, we’re going to need to see information around when and how it will apply to loan products and vehicles."

Another missed opportunity for innovation was in the area of blockchain, according to Brigette Panetta, Head of ICOs at Mayfair 101.

"We would like to see more funding and support for Australian businesses to adopt blockchain technology as it represents an opportunity for a more efficient, transparent means of doing business locally and abroad," she said.

Was the budget good for business?

Co-founder and chief investment officer of BMYG Julius Wei said that there was "not much" in the way of good surprises unless your business is in the medical or home-care industry. He did highlight the budget element to focus on, though:

"The real important item for business owners is still the income tax cut, which will indirectly have positive effects for business in two ways: consumers are expected to spend more, so local sales/demand on service and products may increase, and the effective after-tax income is increased which will help to make the employees happier."