Track the Big Five in style on these African safaris

How to do your African safari in style 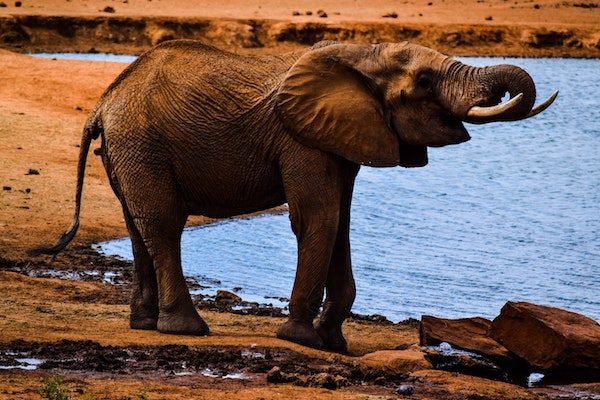 Africa plays host to some of the greatest wilderness in the world. Rich in animal and plant life, the often untouched splendour of the continent has to be seen to be believed.

Here are a few iconic experiences to add to your bucket list if you want to get up close and personal with the Big Five (lions, leopards, rhinos, elephants and buffalos).

Of course, you can always go the luxury hotel route, but that's hardly the most authentic way to capture the beauty of Africa. For our ultimate bucket list, we're going to get you as close to the action as possible, with luxury camping options all over the continent.

Before you go, don't forget to make sure you have the right insurance and more importantly, the right vaccinations! Check out our guide on African safari insurance before you book. 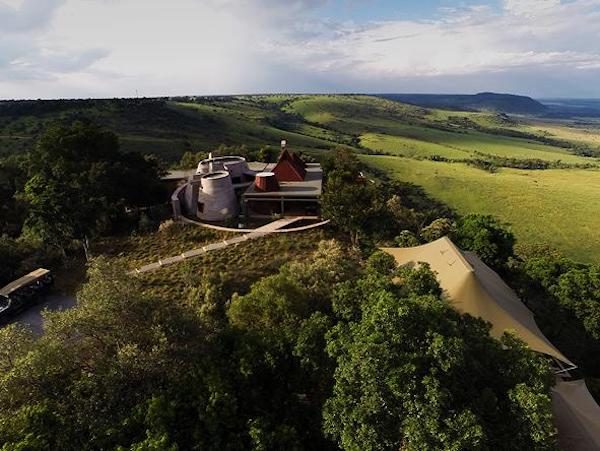 Remember that famous scene from Out Of Africa where Robert Redford and Meryl Streep take in an afternoon picnic over the rolling plains? That's actually shot at Angama Mara in Kenya and they'll let you recreate the moment for yourself with private picnics for two when you stay as a guest.

Overlooking the Rift Valley, you're a short drive away from the Mara River where you can witness the great migration of wildebeest once a year, while being shown how to get the best photos by an in-house professional photographer.

Each luxury tent occupies over 100sqm, so you'll have more than enough room to spread out as you watch the black rhinos and other predators roam down below.

And of course, like all our luxury camping spots on this list, it features farm-to-table dining and an eco-friendly bent that ensures minimal environmental footprint. 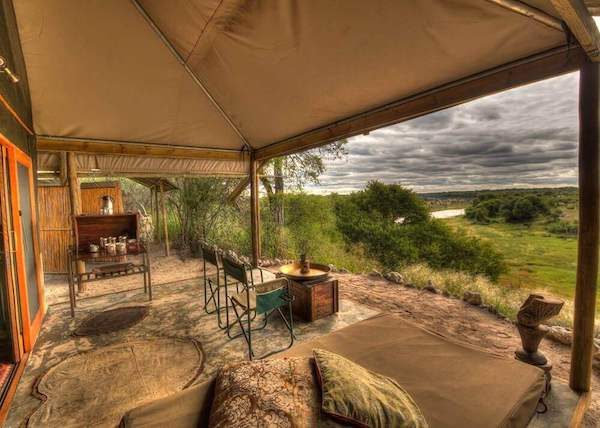 What about a spot that's fit for royalty?

Meno a Kwena in the Makgadikgadi Pans National Park is where Prince Harry took his then-girlfriend Meghan Markle when he wanted to pop the question. Given how magical Meno a Kwena is, I'd say yes too.

The camp is small, with only eight quirky tents in total. The camp overlooks the Boteti River, where you can watch the elephants stopping for a drink.

Elephants aren't the only animals you'll see around Meno a Kwena. The camp is located near the Okavango, a sweeping pan that plays host to zebra, giraffes, hyenas, lions, cheetahs and more. 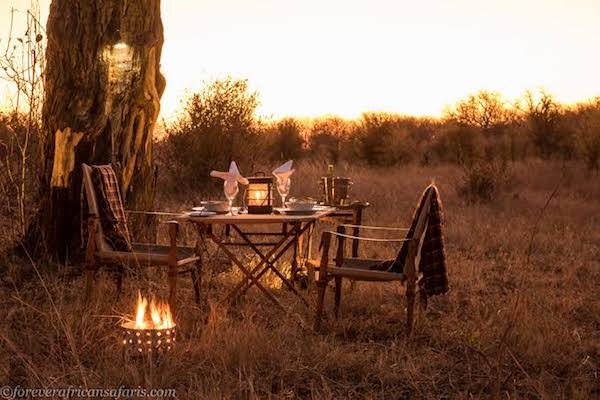 Finally, there's the ultimate experience for getting as close to the savannah as you possibly can: camping in a "vintage" environment with Vintage Camp Hwange.

Located just over two hours from the famous Victoria Falls in Zimbabwe, the camp is designed to replicate the safaris of old.

There are just four tents in the camp, each with its own shower and bathroom (so you aren't roughing it), while meals are taken together in the dining tent which is open to the savannah as you eat.

When the sun goes down, you're treated with roaring open fires on a lookout deck, beneath an ancient teak tree. You'll be able to overlook a watering hole where you can see the drama of the savannah play out.

Main image: Robert Mobutu, Unsplash
Was this content helpful to you?
Thank you for your feedback!

Luke Hopewell is a veteran editor and tech writer who truly feels he was born 1,000 years too early. Where's my jetpack? He has written for Gimzodo, ZDNet, Business Insider and Lifehacker, amongst others.