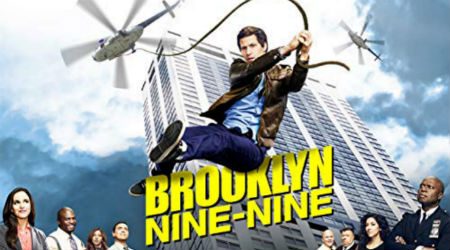 Nine-Nine! Netflix Australia subscribers will finally be able to catch up with their favourite New York cops.

Brooklyn Nine-Nine is on the move, relocating from SBS to Netflix. Season 6 of the hit US comedy will become available in its entirety on Netflix in early 2020, joining the previous five seasons of the show. That's great news for the streaming giant, whose status as the go-to streaming service is in peril following the launch of fresh (and more affordable) rivals like Disney+.

Season 6 of Brooklyn Nine-Nine was fast-tracked from the US on SBS Viceland early this year, with episodes available to stream on SBS On Demand as well. However, they expired back in May. As a result, fans who weren't able to watch live or catch-up with episodes in a timely manner were left hanging.

That's no longer the case. Season 6 of the series will land on Netflix on 11 January 2020. If you missed out or are in desperate need of a re-watch, buckle up.

What happens in Brooklyn Nine-Nine Season 6?

As you might remember, Season 5 of Brooklyn Nine-Nine ends with Jake and Amy finally tying the knot at the 99th precinct, having to put together an improvised ceremony after a bomb threat almost ruins their big day. At the same time, Captain Holt gets news on whether he received a promotion – information that is meant to act as a cliffhanger for Season 6.

Season 6 picks up in the immediate aftermath of the nuptials. We won't give out any spoilers, but it's enough to say that Jake and Amy's honeymoon will be off to a rough start.

Brooklyn Nine-Nine was cancelled by FOX in the US following Season 5, leaving fans desperately wanting more. Thankfully, they were very vocal about their disappointment in FOX's decision.

In fact, even celebrities like Lin-Manuel Miranda, Seth Meyers and Mark Hamill asked via social media for the series to be brought back. It all ended well, with NBC swooping in and renewing the show for Season 6, which debuted in January 2019.

If you were concerned about quality following the move, you'll be happy to know that Brooklyn Nine-Nine came back stronger than ever.

Season 6 features several stand-out episodes, including one revolving around Hitchcock and Scully's glory days, a tremendous #MeToo episode and the traditional Halloween heist, which takes place on Cinco de Mayo this time around due to, well, scheduling issues.

Chelsea Peretti, who plays Gina, departed the series during Season 6, but she is still expected to make the occasional guest appearance in the future.

What about Brooklyn Nine-Nine Season 7?

Season 7 of Brooklyn Nine-Nine debuts in the US on 6 February 2020. Good news – the comedy will again be fast-tracked in Australia thanks to SBS.

Fans can tune in for new episodes starting Friday, 7 February 2020 at 8.30pm. This time around, episodes will air on SBS instead of SBS Viceland as was the case with Season 6. They will also be available to stream on SBS On Demand shortly after the broadcast. SBS On Demand is completely free to use.

Finally, in case you were worried about the show's future, you can breathe easy. NBC has already renewed the sitcom for Season 8 ahead of the Season 7 premiere, probably wishing to save fans some anxiety. Season 8 will drop sometime in 2021. Cool cool cool.