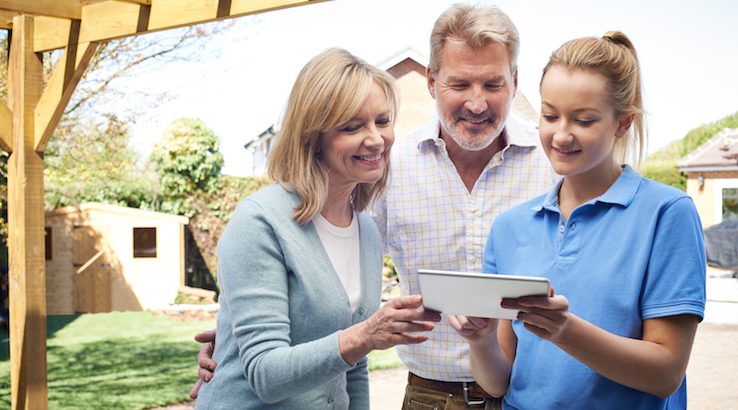 Innovative fintech companies have an opportunity to offer services banks can’t or won’t provide. Here’s how Brighte is doing that with interest-free finance for home improvements.

Imagine having your hot water system break down and being told you need a replacement. How would you pay for it? What about if you want to install solar power but find the interest charges send your budget through the roof?

It’s these types of issues that fintech startup Brighte is designed to address. Launched in 2016, the company offers homeowners an interest-free payment solution for home improvements up to $30,000. Company founder Katherine McConnell said this type of finance hasn’t been looked at much before but gives people a much-needed alternative to traditional loans.

“We’re the only ones in the industry who are really allowing people to go up to $30,000 with a payment plan,” she said in an interview with finder.com.au.

So it’s not a credit card, it’s a payment plan [where] they pay the same amount back over time, without interest.”

Brighte offers its interest-free plans through accredited vendors and merchants, with on-the-spot credit applications that give you an outcome in nine seconds.

“So it’s instant finance and it’s all paperless,” McConnell said. “There are three screens that [the vendors] hand over to the customer and the customer completes, they submit and they get the credit outcome.”

Traditionally, homeowners would end up resorting to a credit card, personal loan or an overdraft on their mortgage, with limited access to this type of finance before Brighte was established.

Businesses had one provider on the market that could do this before. So we’ve come to them with a fresh solution that’s digital and we’re getting fantastic feedback and all of them are repeat users.” 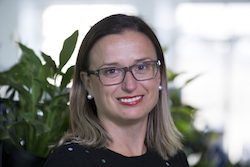 Before launching Brighte, McConnell was a senior manager at Macquarie Bank. She said her work at the bank helped her realise there were opportunities worth exploring in this field.

“I set up a product for some energy retailers and then I set up a leasing and a loan product for solar installers in Australia,” she said, explaining that she worked on both sales and product development.

“So I had a really deep understanding of what was in the market, what the problems were, and so that helped me identify this opportunity and then also just being at Macquarie for such a long period of time, I think it’s a great company. So I think that really equipped me well to set up Brighte.”

Unlike traditional bank loan products, which homeowners apply for directly, Brighte is offered directly by specific vendors that have registered with the platform. The company also has a strict vetting process for vendors to ensure that it only works with established businesses.

“We accredit all of the retailers and vendors that come to us. So we do a credit check on the company, on the directors, we look at the products – and 30% of the parties that have applied to work with us we’ve declined. So we do look carefully at who we work with.”

McConnell said it’s this approach that gives fintech a point of difference to banks – and where they can succeed in offering unique services to everyday Australians.

I think we’re able to take advantage of niches where banks, due to reputational risk largely, are unable to enter. So I think if you get experienced people moving into these niches, that understand regulatory risks and legal and consumer credit, as well as reputational issues, I think that you can succeed.”

She also said that there’s potential for collaborations between banks and fintech companies.

“Just because banks can’t do it doesn’t mean they won’t want to partner with you or share information or help you use distribution channels. They just often can’t do it themselves. So I think there are huge opportunities for startups with founders who are really mature – potentially they’ve come from banks or they’ve come from environments where those people are your colleagues… to work together.”

Katherine McConnell was interviewed by finder.com.au as a guest of the Intersekt Festival’s Collab/Collide Summit in Melbourne, 2-3 November 2017. You can learn more about Brighte on the company's website.