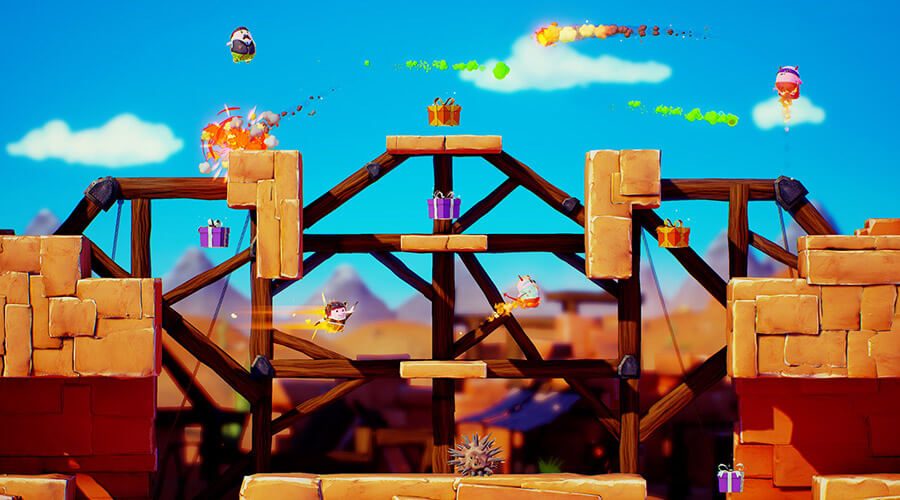 Gaming has made amazing technological leaps since I first started playing in the early 80s. That said, there's been a price to all this progress, something that brings me down like a butt-stomp to the earth. Shared screen multiplayer games of four persons or more have somehow become marginalised. And the even bigger sin is that in 2019 we've graduated from 40cm screens to wall-screen televisions where the participants can actually see the multiplayer action. We ought to be living in a golden age of local multiplayer games, not a wasteland where a gem like Brief Battles is a rare treat.

Essentially, what Aussie developer Juicy Cupcake has done here is deliver a butt-'em-up. Four angry players are spawned into a single-screen multi-platform arena that's seasoned with power-ups and environmental obstacles. Your basic goal is to do an Obi Wan and secure the high ground. At this point you'll need to tap R2 to plunge your avatar downwards and plant cheeks to cranium. Rinse and repeat until the timer or score limit gives out. Laugh hysterically as you do it. 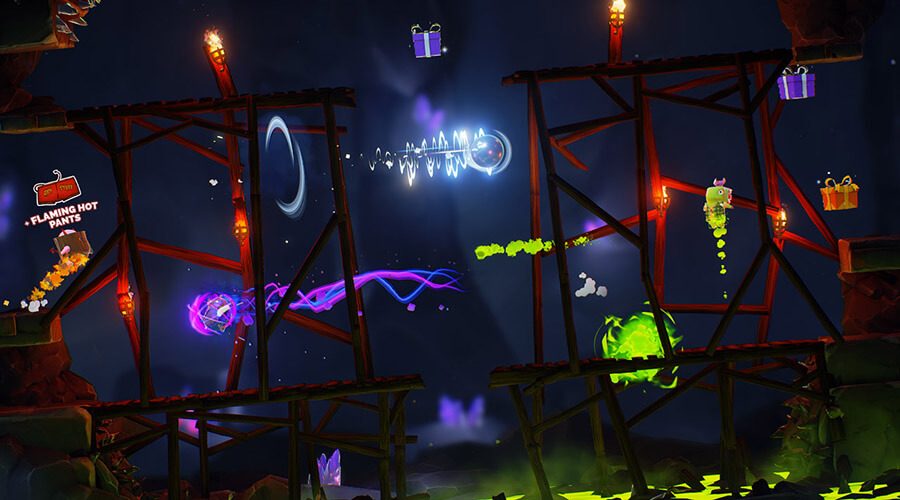 Like all good examples in this genre (see: Towerfall: Ascension and the home-brew creation that is Super Mario Wars) these simplistic mechanics deliver addictive one-more-go experiences. Anybody can pick up the general concept of double-jumping (X, X), super-jumping (triangle) and hitting a slam button to park your caboose on somebody's face. There are also a few wrinkles to keep things interesting, too, like every character being able to wall-climb and hang underneath platforms like hungry bats. Also, there's the strategic opportunities that open up when you pull on some super-powered underpants.

Providing you have some additional undergarments in your possession, pushing square whips them on and imbues you with a special power. The half a dozen or so on offer include damage boosts at the cost of speed or zippier traversal at the cost of making your butt stomp more...half-assed, I suppose is the term. Barreling about the screen in an effort to secure a series of hand-me-down underoos gets frenetic in no time.

Beyond a riotous four-player adversarial mode that never gets old due to tons of maps, Brief Battles has some wins and losses. The downside: no online play whatsoever. The upsides: a single-player campaign (that can be attempted co-op) that deals in horde waves of enemies followed by a big-bad who requires respect and tactical use of your buttocks. Admittedly, the narrative on offer isn't the longest and can be folded away neatly after only a few hours. 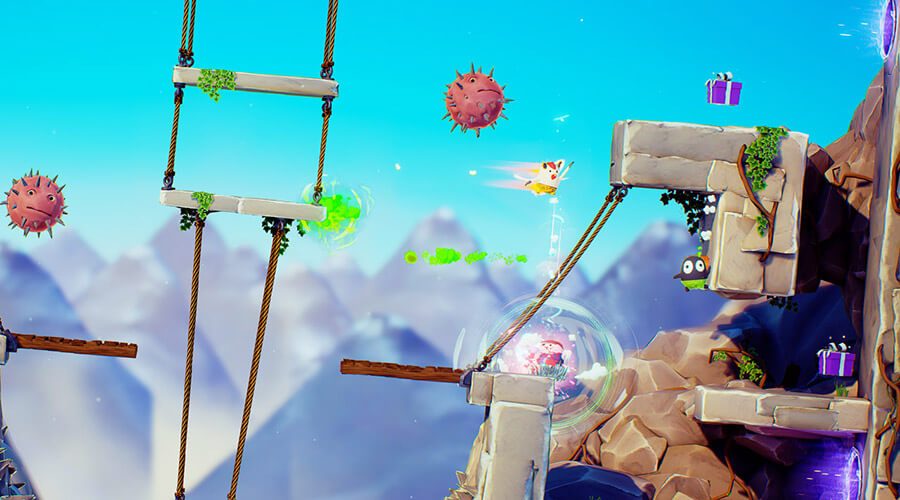 That said, it's a mandatory play as it unlocks special characters and some additional four-player shenanigans. You'll happily jog through it for the chance to unlock some crossover cameos from games like Yooka-Laylee, Machinarium, Bit.Trip Runner, World of Goo, Toto Temple Deluxe and Stumpt!.

Ideally, purchasers should still plan to spend the bulk of their Brief Battles time in multiplayer mode. Most of my reviewing was spent in either Classic Battle (most kills wins), Knockout (last underpants standing), Hold the Gold (secure a randomly spawning gold g-banger for 20 seconds) and Underpants Collector (whoever bags the most britches in a time limit wins). I was lucky enough to have two sons to join me in this journey as I got the impression that I would have got bored without them.

Whichever way you look at it, Brief Battles is a modestly priced bundle of fun that keeps on giving if you have the right crew behind you. While it hasn't supplanted Towerfall: Ascension, Super Smash Bros. or Mario Kart 8 in my go-to list of party games, every time I bring it out it gets played for hours by a wide demographic of players. If you regularly have get-togethers but lament having nothing on your HDD to keep the crowd happy, give this a speculative purchase. Even if the next shindig you host is a flashmob out of nowhere, you'll never be caught underwears for entertainment again.

One of the best local multiplayer games in a while. No online play is a loss, but this is still modestly priced for the big butt-filled fun it delivers.