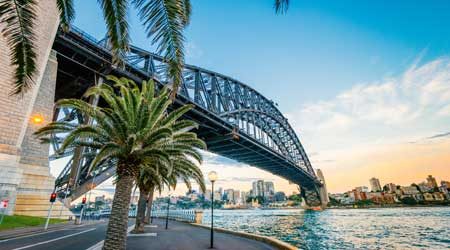 Set your sights on the new Ultimate Climb experience from BridgeClimb Sydney, letting you climb the entire length of the bridge for the first time.

With travel plans on hold for the foreseeable future, NSW locals can experience Sydney from new heights with BridgeClimb Sydney's new Ultimate Climb experience from 6 September.

For the first time, climbers will be able to journey the entire length of the Harbour Bridge and view new highlights. These include Luna Park, Milsons Point, North Sydney Olympic Pool, Lavender Bay, Kirribilli and McMahons Point.

The Ultimate Climb follows a new route up to the summit before continuing to never-climbed-before territory on the north side of the bridge and returns to the climb base.

This new experience covers 3.3 kilometres and takes approximately 3.5 hours from check-in. Climbers will complete 1,621 steps at 134 metres above the Harbour, with 360-degree views from all angles.

The Ultimate Climb is available every Friday, Saturday and Sunday, commencing from Father's Day (6 September). Additional weekday sessions are available during the upcoming September school holidays. An admission ticket for a child is $149 and $348 for an adult. Your ticket includes the climb, a printed photograph of your climb group, a BridgeClimb hat and a certificate of achievement. 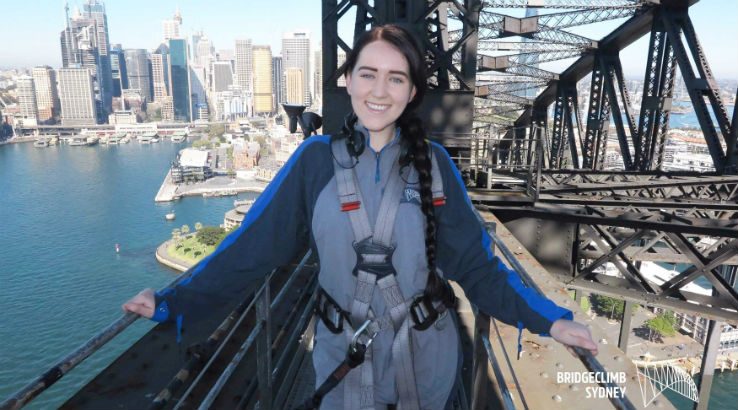 I trialled the Ultimate Climb on 30 August with 10 other climbers.

The experience started at 9:30am and we returned to the climb base by 1pm. As it takes 3.5 hours to complete the climb, it's best to eat a good breakfast and drink plenty of water before you arrive to sustain you throughout the climb.

After receiving my admission ticket, I met the group I would be climbing with and we headed into a room to watch a briefing video and get breath tested. We were then directed upstairs to get suited up in our climbing jumpsuit before heading onto the Harbour Bridge.

I made sure I was placed towards the back of the group in case I wanted to take a few extra seconds at each stop to take in the views. If you're afraid of heights or worried you will slow the group down by climbing slowly, it's worth asking your climb leader if you can be placed towards the back of the group so you can climb without the pressure of knowing there are multiple people behind you.

I've previously completed the Summit Climb, and during both climbs, I've found the most challenging part is the first ten minutes. This is when you're finding your rhythm with the safety tether that is hooked to a metal cable and slides alongside as you complete the climb.

If you're afraid of heights, instead of looking down, look to your right where you'll spot the Opera House and Park Hyatt as you make your way up to the summit.

Our climb leader, Steve, shared knowledge about the Sydney Harbour Bridge and interesting facts about the places that came into view throughout the climb.

We made our first photo stop leading up towards the summit. It gave everyone a chance to take in the views overlooking the harbour and chat with the people in front and behind them.

After each group had a chance to get some snaps, we headed towards the summit, which is the point in the climb where you cross the north side of the bridge. We were met with spectacular views of Luna Park, North Sydney Swimming Pool and Milsons Point.

As we continued down the arch of the north side of the Bridge, we stopped again to take some photos and listen to our climb leader share some facts about places in view from this side of the bridge as we walked at a comfortable pace down the arch. This was easily my favourite part of the climb. Although the views overlooking the Sydney Opera House and Circular Quay are unmatched, seeing Sydney from a new perspective was even more exciting.

The most challenging part of the climb was heading back up the stairs on the Kirribilli side of the bridge to reach the summit but anyone with a moderate fitness level will have no trouble bouncing back to continue the rest of the climb.

The locations for the photo stops are perfectly placed so you can take in the best views and have a short break.

Once we reached the summit again, we took our last set of photos and had the chance to shoot a short 10-second video panning out across the harbour before heading back to the climb base.

When the group reached the climb base, we changed out of our jumpsuits and collected a printed copy of one of the photos taken on the climb. We were also given the opportunity to purchase additional photos taken during the climb.

Comparing the Ultimate Climb to the Summit Climb I completed in 2016, this climb was nowhere near as strenuous as I was expecting. The new climb has stairs the whole way across the bridge and back making it a lot easier than the Summit Climb which involves making your way up and down four vertical ladders.

If you have a decent fitness level and want to get the most out of climbing the Harbour Bridge, it's definitely worth choosing the Ultimate Climb.

If you have previously completed the Sampler, Summit or Summit Express, the Ultimate Climb offers a completely different experience. It covers more of the bridge and offers views of the north side that you wouldn't have seen during your previous climb experience.

See our BridgeClimb deals and book your climb here.