In just a few weeks Brave users can start picking up 70% of the gross ad spend when they tune in.

The latest developer's build for Brave browser has unlocked the basic functionality for paying ad viewers, Brave announced. This will give users a preview for testing ad display and delivery, but it does not yet include advertiser confirmation or the actual payment for viewing ads.

Users who choose to opt in to viewing ads will be presented with offers as they browse the web. These are intended to be presented at times that are appropriate and not disruptive, and will always be opt-in. By default Brave will block ads.

When users click to engage these notifications, they'll be presented with a full page ad in a separate tab. The next step is presumably to just drink it all in and revel in the splendor of the consumerism that lies before you.

When the payment feature is enabled in a few weeks time, viewers will receive 70% of the gross ad revenue, delivered in the form of Basic Attention Token (BAT) payments through the browser. Brave keeps the remaining 30%.

It looks something like this, according to the Brave samples. The ad notification is on the bottom right corner of the image. 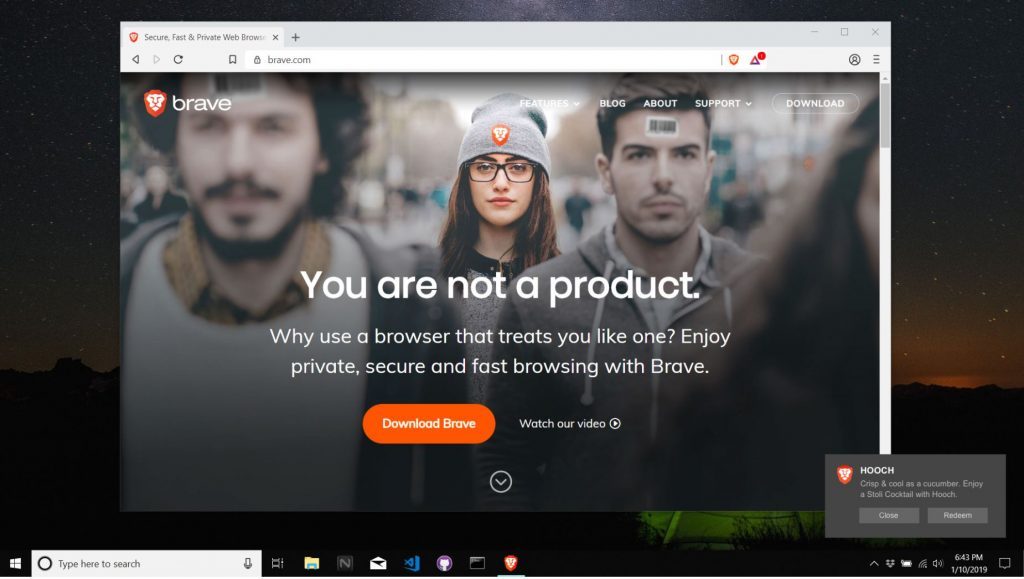 Presumably the girl in the middle is only wearing that Brave hat because she's embarrassed not to have the same cool-looking barcode sticker that everyone else is wearing.

The ads are designed to be targeted at a user's interests, but without compromising privacy. It performs this seemingly incongruent combination by performing the ad matching on a user's device, so as not to leak their personal information from the device. This means no one, not even Brave, is able to access a user's data.

In the case of the previous example which gets your attention by screaming "HOOCH" and promising a refreshing cocktail, clicking on the ad takes you to the download page for an app called Hooch. No sign of the promised cocktail. 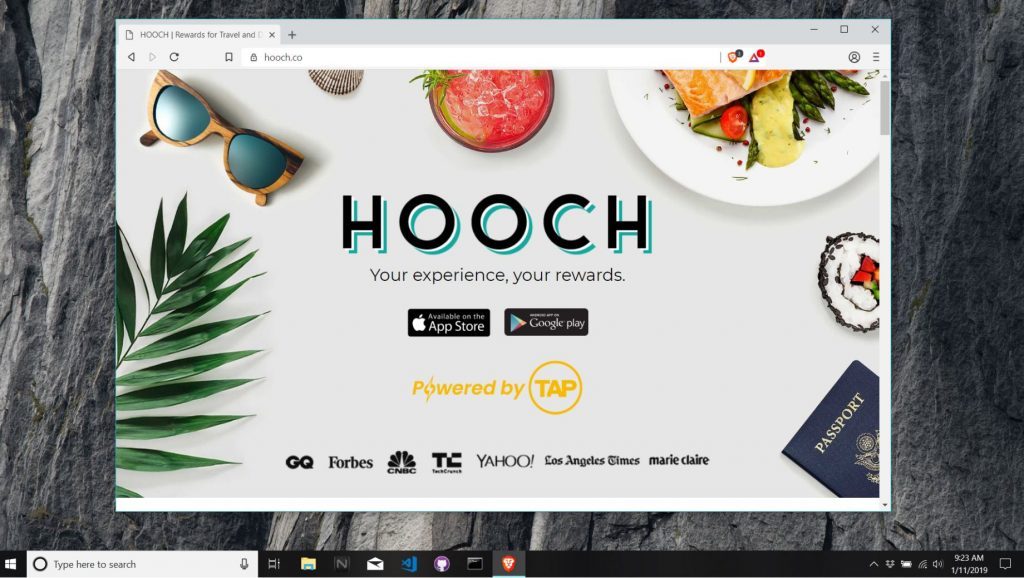 There's an entire industry built around capturing user interest online, and Brave is just one of the spokes of that industry. But when advertisers start using Brave it's possible that techniques will have to change.

Rather than throwing out digital scattershots to any passing eyeballs, advertisers will be speaking directly to people who have opted-in to the communication, who are being paid for their time and who have been matched with the ad.

This is expected to be available for Brave users within a few weeks.

After that, Brave will be working on publisher-integrated ads. These are ways for Brave publishers (such as YouTube personalities, news sites and other content creators) to feature private ads on their channels. The ad share breakdown for these will be 15% for engaging viewers, 70% to the publisher and 15% to brave.

The news comes following some accusations directed at Brave. A minor uproar emerged after it was revealed that Brave would seemingly solicit BAT donations for publishers who had not signed up for the scheme, and so would not be receiving the donations. Brave has since changed tack and made it much clearer when donations are going to a publisher and when they are going to Brave.