The Bose Soundlink Revolve+ delivers pleasant, room-filling sound. While its price won't appeal to everyone, its mix of sound quality and semi-smart speaker features has its appeal.

We're hearing a lot about smart speakers at the moment, with Google's Home Speaker due to launch in Australia imminently and Apple's HomePod due here before the end of the year, but these discussions largely sidestep the established players in the home-speaker market. There's no shortage of Bluetooth-enabled speakers available to buy, but Bose's latest effort sells itself largely on its 360 degree sound. 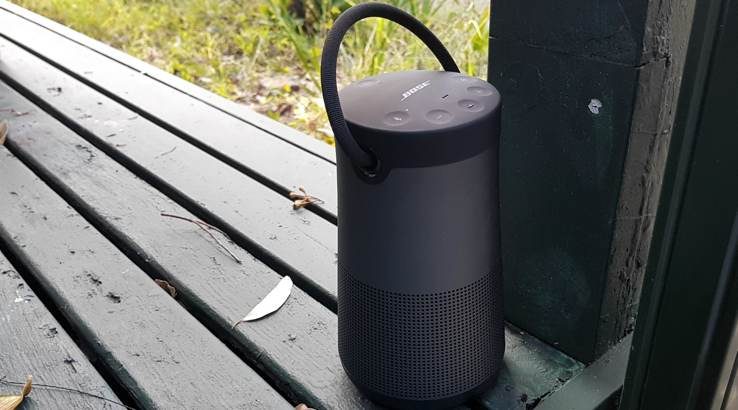 Most speakers don't sell themselves on style unless they go the exceptionally small route, so they are very portable and you can hide them anywhere in a room, or they go for a bulky, tear-the-walls-down ostentatious style, for precisely the reverse effect.

Bose's Soundlink Revolve+ sits between these two approaches. Measuring in at 18.4x10.5x 10.5cm with a carrying weight of 900 grams, it's not exactly minuscule, but its thin round profile and the inclusion of a looped carrying strap at the top does make it nicely portable as well as giving it the style of an old school ship's lantern. There's also a smaller Soundlink Revolve speaker if the Revolve+ is a little too large for your tastes, although that model lacks the carrying handle.

The top of the Revolve+ has the speaker's primary controls, covering power, output, Bluetooth pairing, play/pause/track skipping and volume. They have a soft rubber coating that makes them easy to locate and use with just a cursory glance. Being round, the Revolve+ doesn't really have a front, but on the same side as the primary power button you'll find a standard 3.5mm input jack as well as the power input via standard micro USB. Bose also supplies a charger with the Revolve+.

Underneath the Revolve+ there's a standard threaded tripod mount, which means you can throw the Revolve+ onto a tripod for outside music fun or to endlessly blast Barbie Girl at your surrounding neighbours if you hate them all equally. That's up to you, naturally. Either way, a little rain doesn't need to stop the party since the Soundlink Revolve+ boasts an IPX4 rating, meaning it has light water resistance. 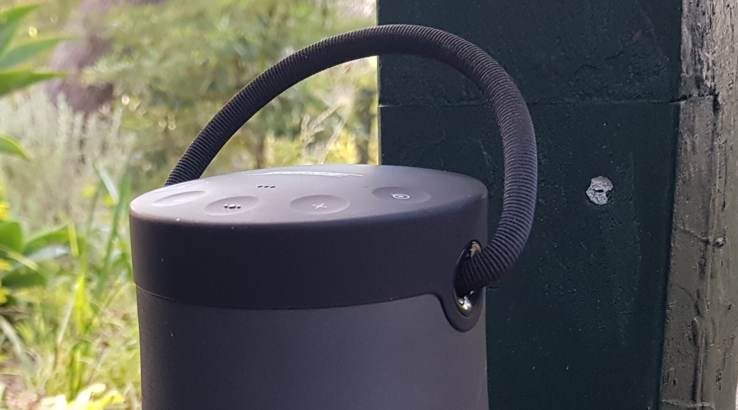 That hurdle jumped, initial installation of the Bose Soundlink Revolve+ was among the easiest we've seen for a Bluetooth speaker. Bose advises that you should charge the Revolve+ prior to pairing, and while the wait can be agonising, once complete there is a simple, voice-driven setup that lets you choose your default language and then lets you start pairing devices.

If you want to add another device to the mix, it's as simple as holding down the Bluetooth button on the top of the speaker. Most Bluetooth devices keep it relatively painless, but many opt for simple beep tones to indicate pairing, and being told that you've got it right is far more pleasant. 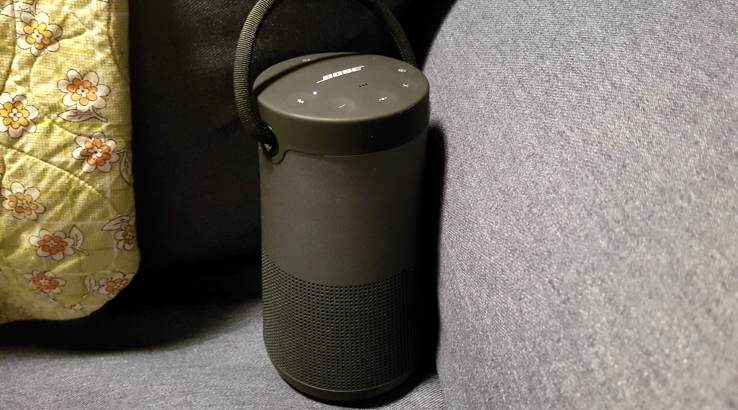 The proof of any speaker is in its audio output, and here the Bose Soundlink Revolve+ acquits itself very well. Across a wide variety of musical genres, the Revolve+ rarely missed a beat, with nuanced audio that didn't over-accentuate bass or lose small detail even at very high volumes.

The entire selling proposition of the Revolve+ is that its audio output doesn't change in any direction. Careful speaker placement within its frame ensures the same audio output from all sides. It's a neat effect that works for the most part, although it's clearly at its best when placed in the middle of a room. Place it too close to a wall, and you risk a little reverberated echo noise from other surfaces.

The other major caveat with the Bose Soundlink Revolve+ is that it's not super loud. In a private setting with a small group it should suffice, but a large group could easily drown out its output, even at maximum volume.

Bose's claim around Bluetooth connectivity is for a relatively sedate 9m or so separation. In my tests, I could actually manage a little further than that, although as with everything Bluetooth, your experiences may vary.

The Bose Smartlink Revolve+ isn't a smart speaker in the way that Google Home or Apple's HomePod aim to be, but it is capable of integrating with Google Now and Siri voice commands from your paired mobile phone. That gives it a semi-smart status, and while that's not unique in the Bluetooth speaker world, the 360 degree audio and microphone settings of the Revolve+ give it a leg up to being a simple home companion device as long as you're happy with hitting the multifunction button to enable your voice assistant every time. Likewise, if you like taking speakerphone calls, its omnidirectional sound is a major plus.

Bose has a reputation for quality, and the Soundlink Revolve+ lives up to that reputation. If you're already a fan of Bose's speaker output, it's well worth your consideration.

However, if you're looking at the broader Bluetooth speaker market, it's a slightly harder sell. Bose prices the Soundlink Revolve+ at $439, while the smaller Revolve speaker costs $299. That's a fairly hefty price point for straight speakers considering that Apple's likely to price its smarter HomePods at around $499 when they launch later in the year, and Google's Home will be much cheaper again, based on its $US129 price tag.

Meanwhile, there are countless cheaper straight Bluetooth speakers you can score if you're less fussy about your musical fidelity or if the utility of a 360 degree speaker escapes you.

Battery life
Up to 16 hours