Quick verdict: If you're a fitness fanatic who finds true wireless earbuds a pain, Bose's Frame Tempo sunglasses might be just what you're looking for – but they're pricey and not really suitable for folks who already wear prescription glasses. 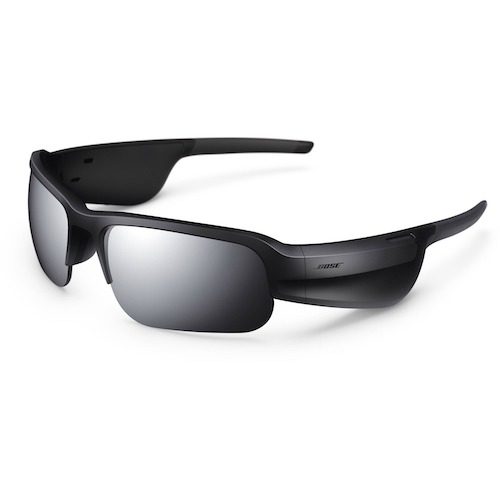 There's absolutely no shortage of fitness-specific headphones available today. Most market themselves on their lightweight construction, low-level water resistance for sweat and easy Bluetooth connectivity.

The Bose Frames Tempo offer all that, but in an entirely different form factor. Rather than buds that squish into your ears or a loop that rolls around the back of your neck, they're a set of sunglasses with in-built speakers. That gives them some unique advantages – and a few drawbacks as well. 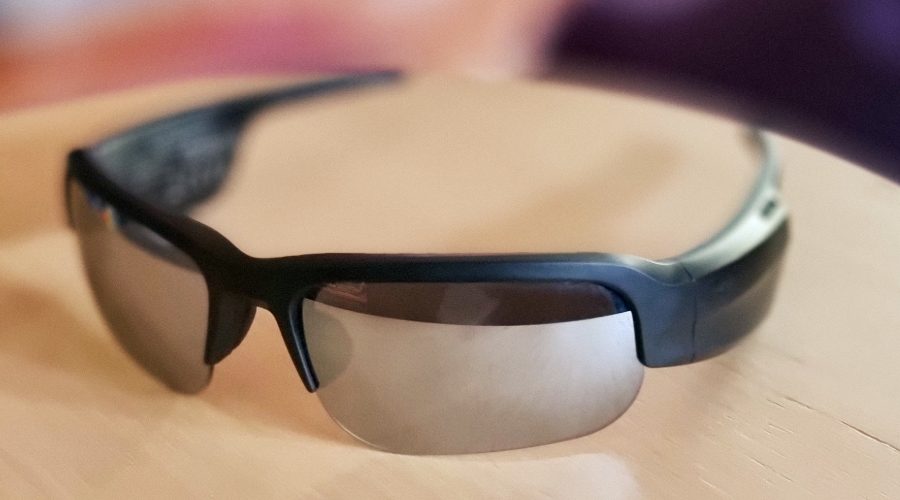 One of the big issues with using any true wireless buds to listen to your workout soundtrack or podcast is the constant worry of them falling out. If you wear them long-term, they can also get uncomfortable due to sweat and friction.

The Bose Frames Tempo side-step those worries entirely, for the very simple fact that they're a pair of fitness-styled sunglasses instead.

If that style doesn't suit you for personal or fashion reasons, Bose also has more regular styled Tenor or Soprano frames you can choose from. 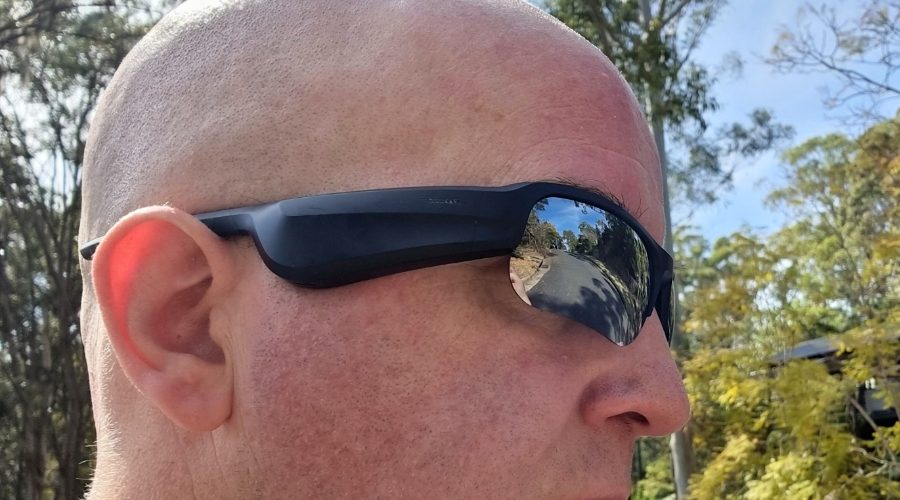 The Bose Frames Tempo goes beyond your regular fitness sunnies thanks to their thicker-than-usual side arms. These house small speaker arrays, touch sensitive controls and a power button that also doubles as a track skipping and play/pause button depending on press length.

Despite those larger arms, they're nicely lightweight in the hand at just a smidge under 50g. This translates into a very light fit on your head.

I found them a little tight at first, due to my somewhat larger-than-standard skull. They quickly loosened to a point where they were very comfortable indeed… with one slight catch.

The lenses in the Bose Frames Tempo are switchable for different colours and light reflectivity. But they're in no way by default prescription lenses, like what the Facebook Ray-Ban Stories offer. 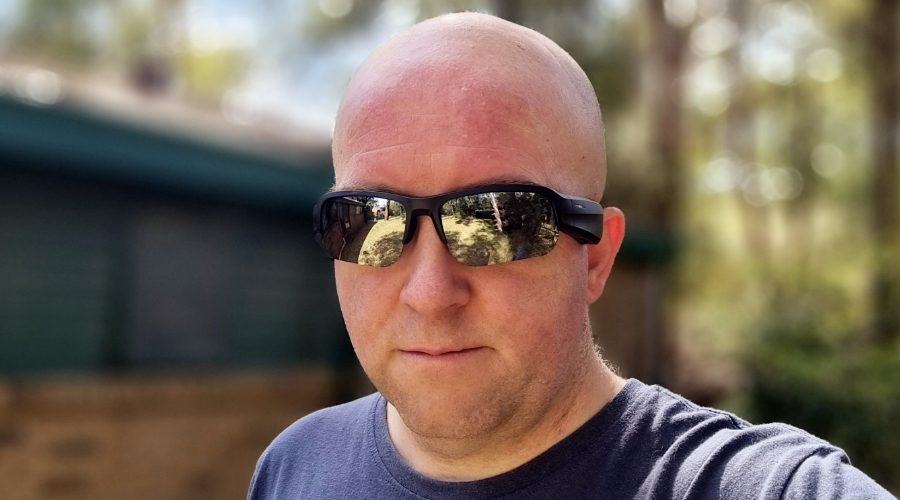 I wear prescription glasses every day, and the two do not play well together. That's not a direct fault of the Bose Frames Tempo, but if you do need reading or focusing glasses while driving, for example, you'd need to pair them with contact lenses to make them work.

The size of the Bose Frames Tempo also enables them to have nicely sized control areas. The power button also acts as a play/pause or skip control by default, depending on how many times you tap it. You can adjust volume by sliding a finger along the top right temple side of the frames.

Performance: Some sound leakage is inevitable 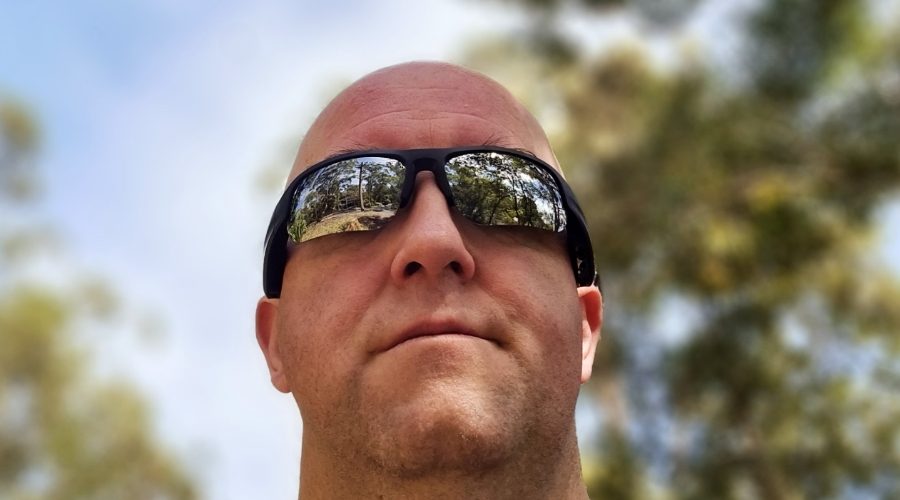 You could conceivably build a set of sunglasses with tiny earbuds at the tips, but getting them to fit comfortably and not wreck your earlobes would be a serious engineering task. So that's not what Bose did, instead opting for a pair of downwards firing speakers in each arm that point towards your ears to deliver audio.

That's a smart solution to the audio problem, and it's one that works far better than I ever expected it to.

It's never going to match up to the kind of audio quality that you'd get out of, say, the Apple AirPods Pro or Sony WF-1000XM4 headphones, because you cannot get the kind of isolation that those buds enable. Likewise, proper noise cancellation is by definition impossible.

Still, the level of audio output is surprisingly strong, with well-balanced upper ranges and even a touch of bass coming through.

Bose supplies its own Bose Music app for firmware apps and basic music control, but not much else at the time of writing. 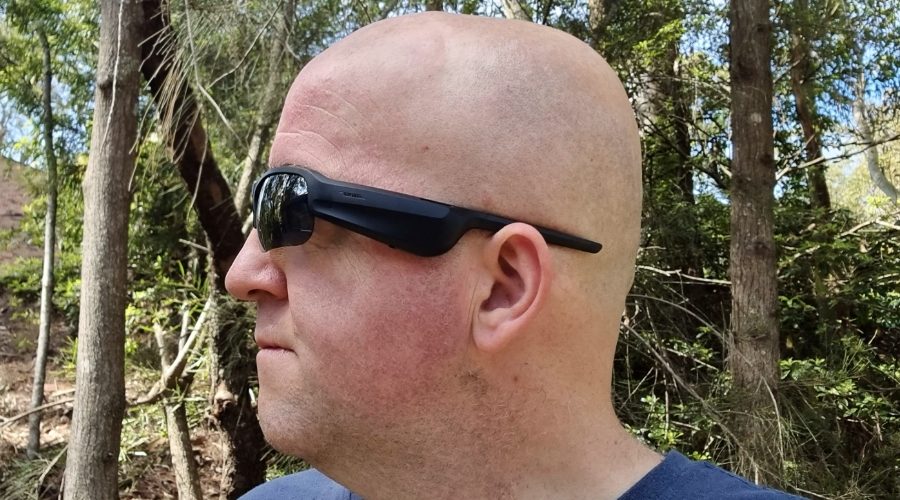 While audiophiles won't find as much to like here as they might expect for the price, if you're in the exercise space they make a lot more sense. The lack of noise cancellation can be a plus, especially if you're jogging out in public, but with it there's also a small downside, and it's one that's inherent in the design.

Because the speakers sit outside your ears, they leak audio on a more or less constant basis, particularly at higher volume settings. While testing, I challenged my family to work out if they could hear songs, and what they were. They could always hear the Bose Frames Tempo when on, and often could make out full lyrics.

If you're jogging past folks quickly, that might not be too much of an issue for you. If you are in a constrained space, it could be a big problem and social faux pas.

If you're less extroverted, you might not want to share your music – or indeed your phone calls – with the world. It's not at a level where you're broadcasting to those around you as you might with a full Bluetooth speaker – but it's noticeable. 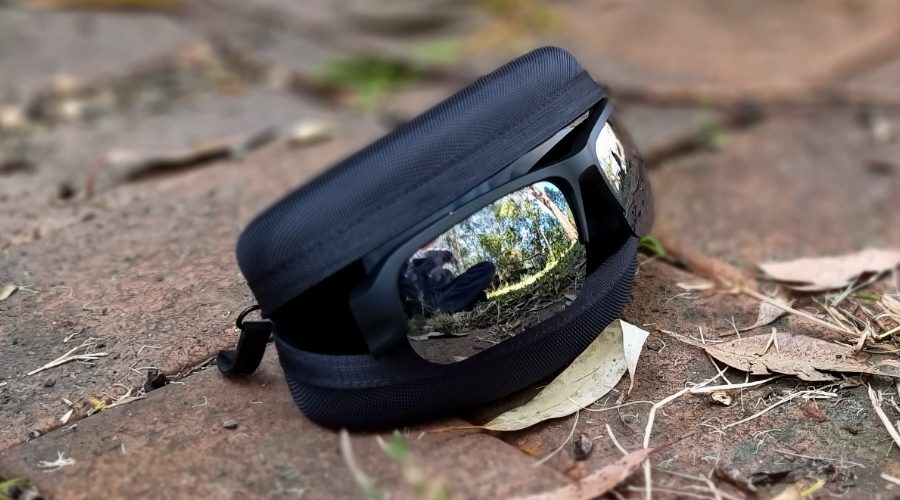 A constant issue for many fitness-centric headphones is the balance between weight and battery life. If you want small and lightweight buds, there's nearly no space for batteries, which leaves them with sub-par battery life, especially if you favour longer exercise sessions.

Here, the Bose Frames Tempo sunglasses excel – they have lots of space for battery capacity. Bose's estimate is that they can manage up to 8 hours of battery life between charges, and that matches up nicely with my own tests.

You can, of course, get more than that with full over-ear headphones, but none of them ever weigh in at under 50g.

If you're out there running more than 8 hours at a stretch, I doff my cap to your steel-capped sinews, but you will have to stop to recharge the Bose Frames Tempo at that time. That's via standard USB-C, with a cable but no charger supplied in the box.

Should you buy the Bose Frames Tempo? 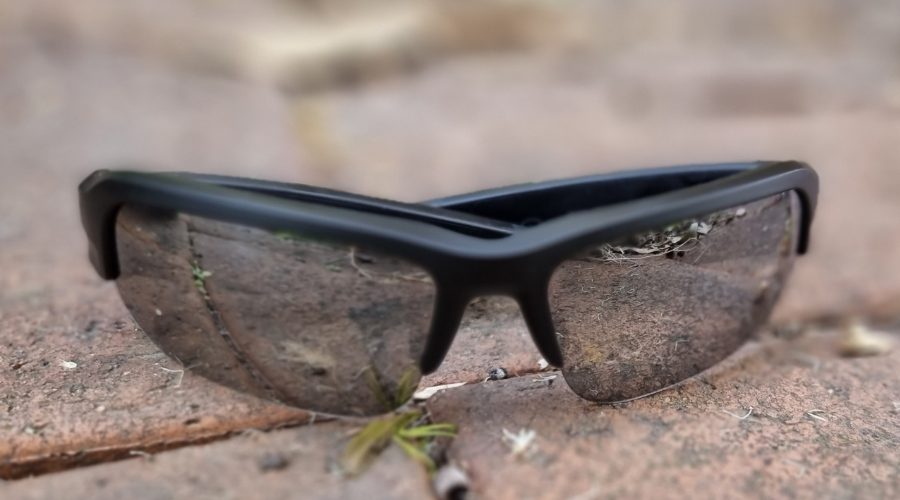 How we score our reviews
Audio sunglasses are an unusual niche within the Bluetooth headphones world, and they're not for everyone.

The Bose Frames Tempo are a fitness option within that niche, further making them a rather exclusive product.

At $399.95 outright, I can't exactly call the Bose Frames Tempo inexpensive either.

However, if you're after a set of sports sunglasses and the idea of having just the one thing to wear while you're out running, and never losing a true wireless bud down a drain (don't laugh, it's not fun) appeals, then they could be a good match for your needs.

The Bose Frames Tempo were tested over a week's heavy usage for both sports activity – primarily jogging – and in more informal settings to test their suitability as personal headphones. Battery testing was performed running the Bose Frames Tempo to full battery exhaustion and recharge to get a feel for likely battery endurance, but as with any Bluetooth speaker product, timings may vary in other use case scenarios.