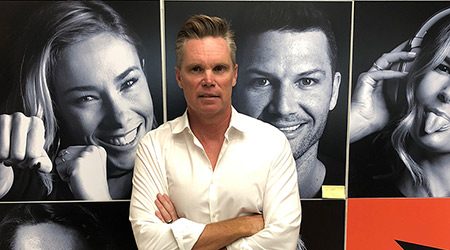 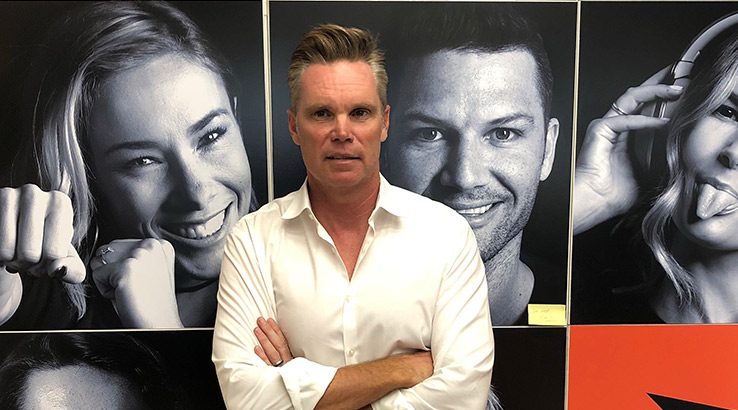 Boost Mobile CEO Peter Adderton doesn't see a rich future for the NBN, but he dreams of a day when mobile services follow the Uber model.

Boost Mobile has a strong presence in the Australian market with a particular focus on providing prepaid services with youth branding.

With its Australian-born (but US-based) CEO Peter Adderton in Sydney recently, I had the opportunity to sit down with him over lunch to discuss the state of the global telecommunications market, something he's quite passionate about.

Australia is a 3 carrier market, not 4

Boost Mobile's services currently operate on the Telstra 4G network, although it previously utilised the Optus network. Still, with TPG set to launch its own network at some point in 2018, Adderton feels that we might be oversaturated with network providers.

"Either TPG will merge with Vodafone, or Vodafone will decide it doesn't want it, so that is what has to happen. You can't afford to run four networks. To bring a player in and create a price war is good for consumers, but at some point, companies need to make money. Just going into a price war doesn't make that much sense."

Small screens, not big displays, are where it's at

Adderton also doesn't quite see how recent content moves from telcos such as Optus, who recently renewed its EPL and World Cup deal, make sense from a customer retention point of view.

"The bundling concept, I still don't get. The next generation I see coming through don't want a fixed line cable, a fixed line home and a mobile service."

However, based on his experience in the US, Adderton is confident that there's a larger market in the small screen experience around mobiles than anywhere else.

"The majority of the market are watching on phones. The generation coming through now? A phone is their TV. They don't need the same experience."

5G will be enough for most consumers

Australia is set to see consumer-facing 5G networks in 2019, with Optus already announcing plans for fixed 5G services, while Telstra is committed to an "early 2018" mobile 5G launch. But Adderton also figures this will be a tipping point for fixed line broadband services as well.

"I truly believe that 5G will be enough bandwidth for the average consumer, and you won't need a fixed line broadband service," he said. "You talk to some of the carriers in the US, they agree with that."

"Here's the question. The way that we grew up, is that this 50-inch, 60-inch display in our homes, that was the central point of our communications experience. We used to fight for the remote control."

"I truly believe that 5G will be enough bandwidth for the average consumer, and you won't need a fixed line broadband service."

"My remote control now sits on the sofa, untouched. Because my kids are off in their own rooms, on their own screens. It only becomes a bandwidth issue for 5G if you're trying to push a 4K image into a screen that big."

"The majority are watching on phones. The generation coming through now, a phone is their TV. They don't need the same experience. All of us watching as a family around a big TV screen... it's over."

"You'll still need fibre to run offices and that kind of thing, but for the next generation, they're going to be entirely happy on 5G. That mobility is going to be there. If we're building a business as carriers around the idea that a family is going to sit down in front of a 50- or 60-inch screen... it's a flawed business model."

So what then, is the future of MVNO networks? For Adderton, he envisages a model that's more like Uber than anything else, with both domestic roaming (which, notably, the ACCC isn't a fan of) and international roaming with zero friction.

"You look at the generation that's coming now, they're all travelling. They expect a single number and single service to work all the time. So you take that mentality that they'd like to roam on any network for $5 per day. If you travel to America, you don't really care if the (roaming) carrier is AT&T or Verizon, the carrier makes that decision for you. People love that. Everybody loves that, even the carriers love doing that."

"You start thinking about that mentality. Imagine if that happened here. Where you actually bought one service, and you roamed, and whether it's Telstra, Optus or Vodafone, it didn't matter. It's that same mentality, that you just want the best network at the best price at the time."

Adderton uses the example of Google's US-only Project Fi, noting that Boost has already been meeting with Google in the USA. Google Fi allows customers to roam between three US networks with ease, and it's a model he thinks has benefits for both consumers and carriers.

"Imagine if that happened here. Where you actually bought one service, and you roamed, and whether it's Telstra, Optus or Vodafone, it didn't matter."

"Right now, I'll press a button and connect with a driver I don't know, in a car I've never seen, but I'm more than happy to get into it. So if I could have that same mentality for mobile, they could match me with a network, based on price, and I really don't care which it is, as long as it works."

"The carriers don't like hearing this, because it does reduce them to being a commodity. I think the consumers will eventually demand this."

Still, he notes, carrier acceptance will be the largest barrier in place.

"The only flaw is; do the carriers concede?" he says.

"Let's look at history. How many industries – the music industry, the TV industry – have pushed back on allowing consumers access to content or networks seamlessly? They all have! Every single one of them has, whether it's the taxi industry or the Hilton/Marriot group. And what success have they had? Zero success."

"I think at some point a carrier will have to embrace it. Once one does it, the consumer horsepower is way too strong for the others not to adopt it."

Within the Australian market, Adderton is keen to keep Boost what he calls "laser-focused" on delivering value to its customers, something he sees as a key differentiator for Boost Mobile's brand.

"Within this market, we're the only telco brand that focuses purely on the youth market," he says, but he also notes that he doesn't see much competition even in our busy MVNO market.

"From a service perspective, I see Vodafone; on a price point, maybe amaysim. I don't think anyone looks at Telstra in that way."

He points to that specialisation as being a key driver ahead of potential rivals such as Kogan Mobile:

"Kogan gets up and thinks about TVs, washing machines, fridges. So I would argue that their mobile play is a strategic play. Could Kogan survive without it?"

"There aren't too many NBN providers having huge success. We're not going to rush. We'll wait. Are there four or five other services we could offer to our market that would make more sense? We're not just putting our brand on it for the sake of it."