Books are back, and that’s a very bad thing

Why the paperback needs to die.

I remember reading a short story in English class in primary school which was set a hundred years in the future. Two kids went exploring their parent’s attic and found an intriguing object hidden in a corner. It was made of cardboard and paper, with pressed leaves of the stuff stacked together. They gasped in awe as they turned the pages of printed text, and then turned back, to find that the text on the previous page was exactly the same. There were no moving images, no sound, no colour. How could people ever have been satisfied with such things?

While this story was designed to make us appreciate the wonder of books at the time, I was more fascinated by the idea that at some point they would become extinct. Watching YouTube videos twenty years later of toddlers attempting to swipe right to turn magazine pages, it seemed that maybe that time was coming. Then the book hipsters ruined everything. 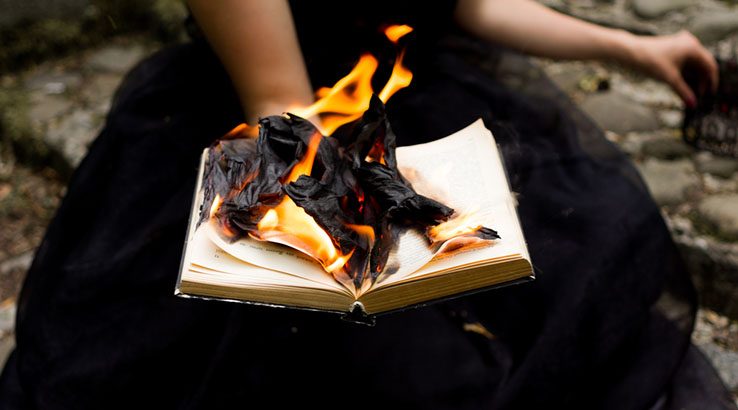 You can barely browse the more tweedy parts of the internet these days without stumbling across an article or blog post telling you that “books are back!”. After years of steady decline, consumers are finally ditching their ereaders and returning to bookstores in droves to enjoy the experience of exploring, browsing and finally buying a physical book.

However, if you’re an avid reader, this return to the printed word needs to stop. We need to quit buying books right now and return to our ereaders. The reason is simple - books are far worse for the environment.

According to a study published by Cleantech Group in 2009, the production and use of an Amazon kindle results in approximately 168kg of carbon emissions over a four-year lifespan. Another study from the Journal of Industrial Ecology in 2012 estimates that the average book produced in the US results in 3.71kg of carbon emissions. Adding a conservative 1kg on top of this to cover shipping to Australia, internal distribution, retail storage and other costs, we can estimate that buying a book in Australia pumps approximately 4.7kg of carbon into the atmosphere.

I would further argue that these numbers are conservative. The carbon emissions estimate for a kindle comes from 2009, however increased manufacturing volume and efficiency should have reduced that footprint by 2017. Also, that estimate was based on a four-year lifespan - a guess at the longevity of the product only a couple of years after it was released. If my Amazon kindle is anything to go by, they last a longer than that. My original keyboard Kindle from 2010 is still going today, 7 years later. At this rate, it would start saving emissions after consuming only five books a year. 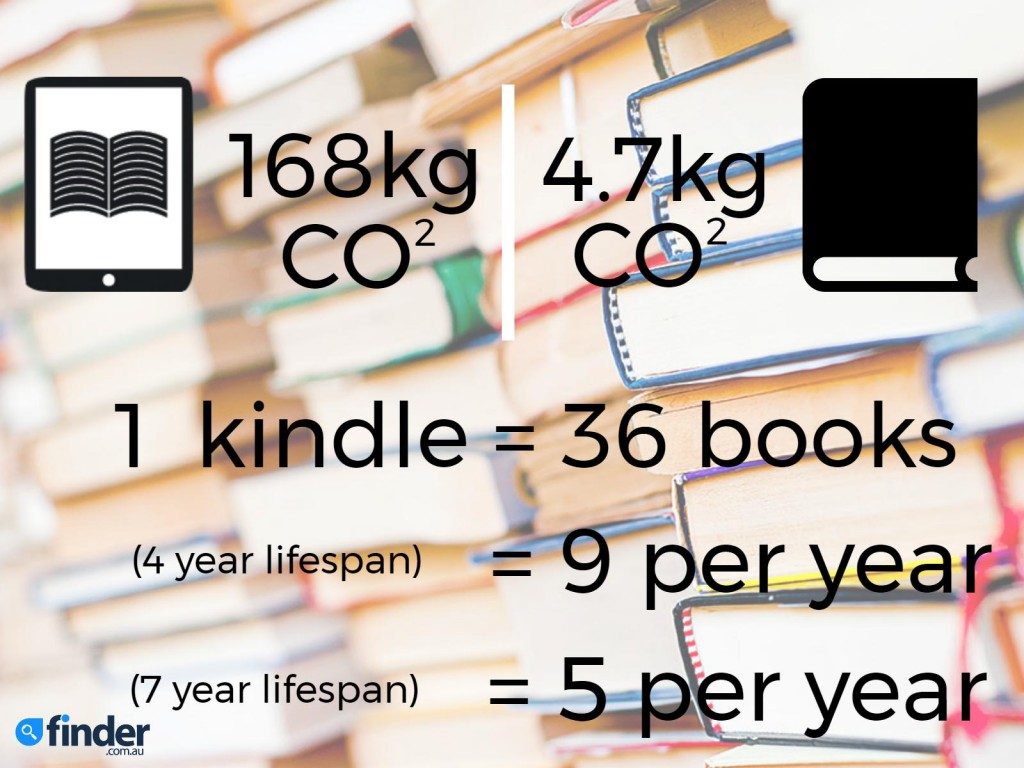 Don’t get me wrong - I love books. I always have. Before I moved to Australia eight years ago, I had shelves full of them. I also had 1,000 CDs, maybe a hundred DVDs, cassettes and VHS tapes (ah, the 90s). After a year or so of travelling around Australia, with entertainment always at hand via my Kindle and iPod, having physical media started to feel wasteful. All that plastic, paper, manufacturing, distribution and storage. All that space for what was, in the end, just data. There’s nothing like travelling light to make you realise how much unnecessary stuff you used to own.

So, regretfully, it’s time to abandon the book. If you want to indulge, head to a library. Cherish your current collection. Maybe after a few years, you can gain some much-needed space by recycling some and moving your most prized editions to the attic. That'll be something fun to find when your grandkids go exploring.