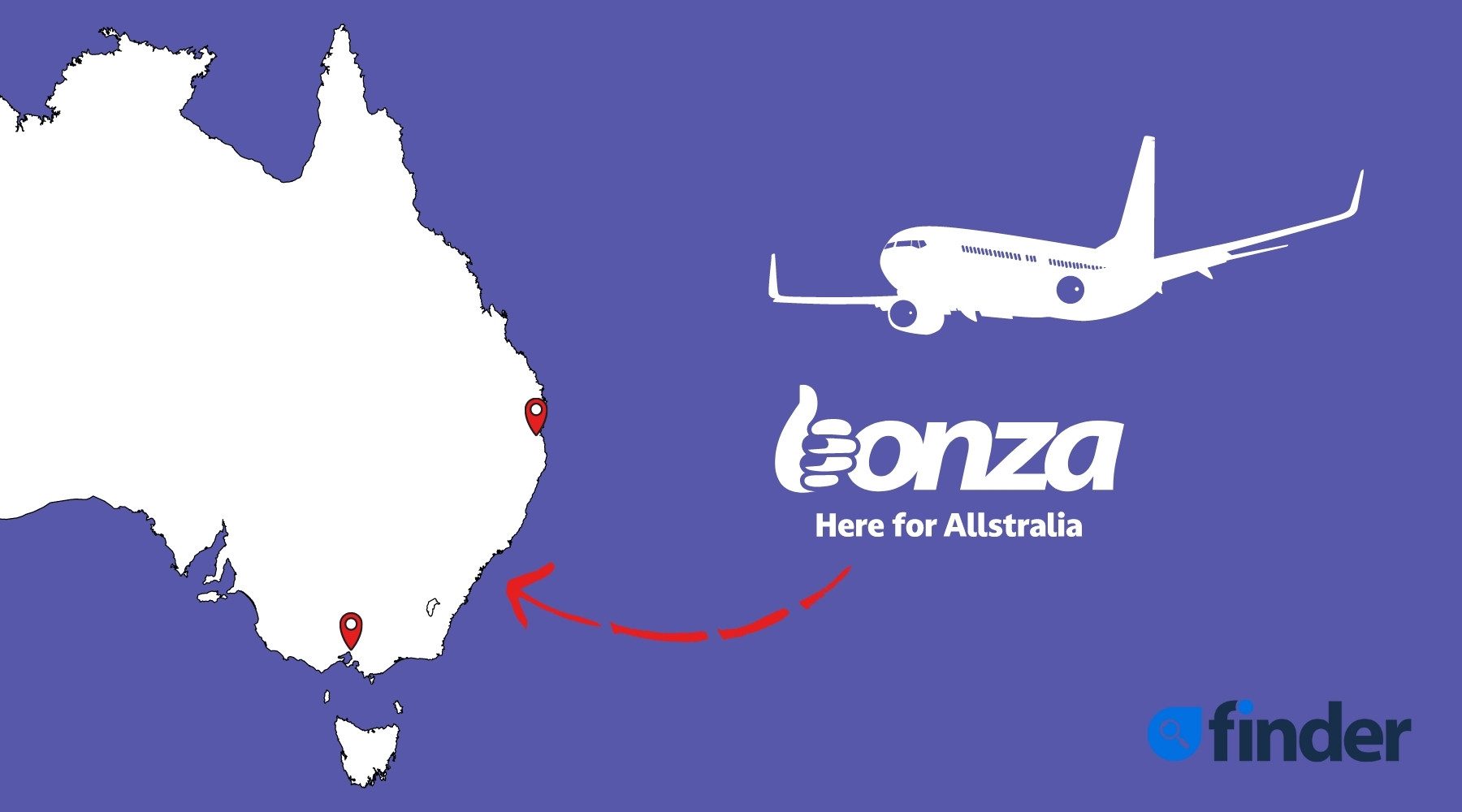 The new kid on the block is about to arrive and start making noise.

New budget Australian airline Bonza is hoping to shake things up when it launches 25 routes to 16 destinations including Melbourne, Cairns and Newcastle later this year.

The initial 16 destinations will include:

According to Bonza's website and app the newcomer wants to fly "New routes to Allstralia" and says its mission is to "connect all of Australia, not just the cities but the amazing Aussie towns in between too".

Bonza will be jointly based in Melbourne and the Sunshine Coast and start servicing the east coast of the country (though we can see why it would skip operating in Perth altogether for now).

"Since announcing Bonza to the world late last year, we've always said we wouldn't just fly between Australia's 3 largest cities and instead give people in the regions more choice," Bonza CEO Tim Jordan said. "Today we deliver on that promise, with the largest launch announcement in Australian aviation history."

Jordan said that 80% of the 25 routes aren't being flown by any other airlines including Qantas, Virgin Australia, Rex Airlines or Jetstar.

Flights between the Sunshine Coast will account for 12 of the first 25 routes with 37 flights a week operating between New South Wales, Victoria and Queensland. Melbourne will be the base for 8 routes with 22 flights a week.

While it hasn't announced any Tasmanian destinations, wording in its app suggests flights to Tasmania will be next on the agenda.

Will Bonza be cheap enough to overcome challenges faced by Tigerair?

Bonza will be the first new domestic airline launching in Australia since Tigerair Australia started up in 2007. It has major boots to fill if it doesn't want to follow the same path as Tiger which closed its doors in late 2020 after a messy history, including an extended shutdown by regulators in 2011 and a full buyout by Virgin in 2014.

"It's tough running a bargain airline in Australia, and doubly tough launching one after a pandemic when many Australians are still nervous about flying," said Finder editor-at-large and frequent flyer expert Angus Kidman.

"Qantas has the business market covered and a successful bargain brand with Jetstar, while Virgin has skewed towards cheaper fares since relaunching. If Bonza wants to succeed, it will need sub-Jetstar prices, and those can be hard to maintain."

Before it shut down Tigerair had a $97 million half-year loss. 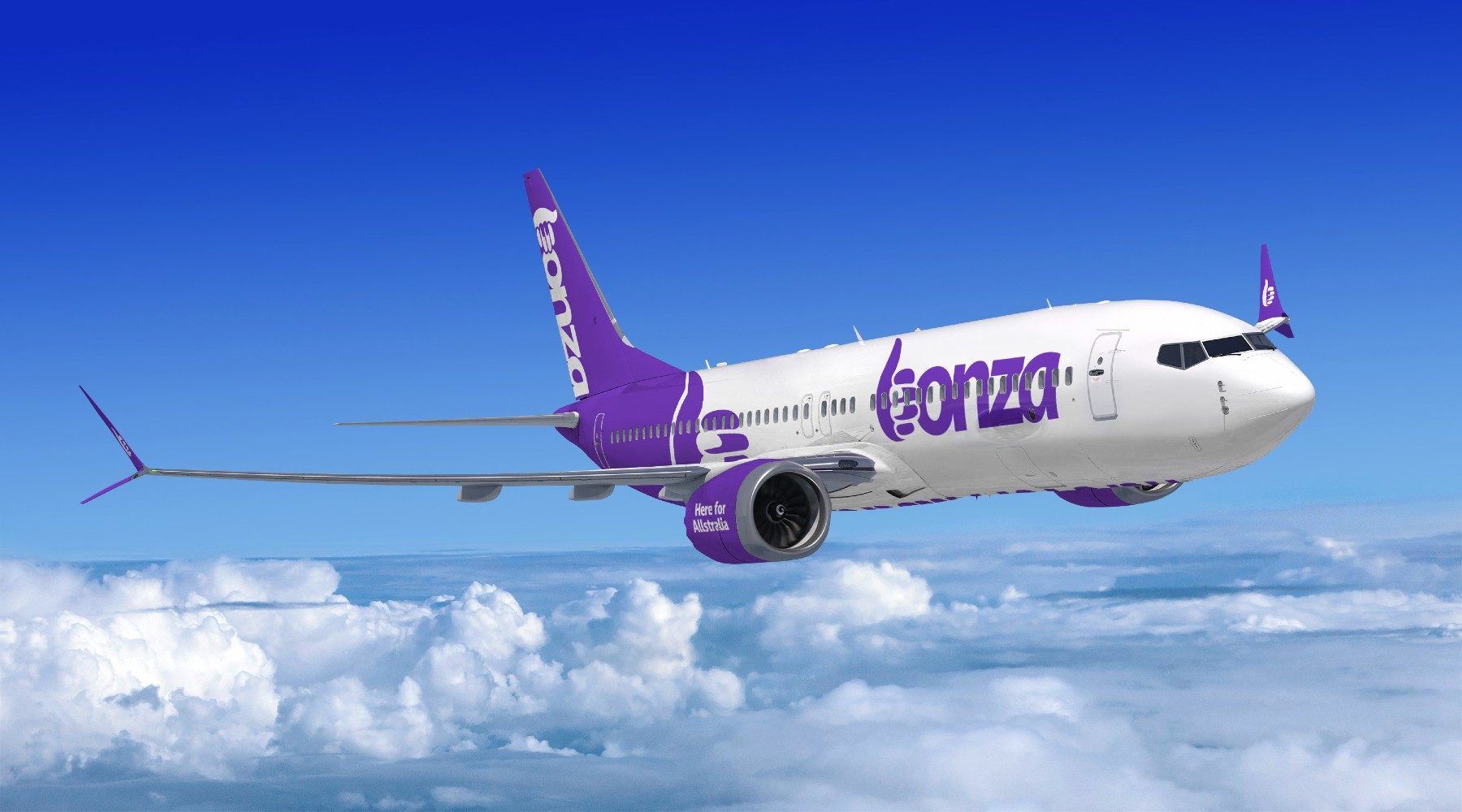 When will Bonza flights go on sale?

Bonza says flights will be on sale shortly and that it hopes to take off in the next 2 months (its first planes should arrive in Australia in late-May).

The airline is currently working with the Civil Aviation Safety Authority to gain the certification required to fly in Australia. Bonza is backed and funded by the Miami-based investment firm 777 Partners which already has a minority stake in Canadian budget airline Flair and an aircraft leasing business from which Bonza will lease its initial 5 737 Maxs.

In the meantime, it's running a competition within its "Fly Bonza" app.

Doing so will enter you into the competition and add you to Bonza's mailing list where you'll be the first to know about news and offers. Details on how many people will win free flights are scant, but as the saying goes, you've got to be in it to win it.

Looking for flights now? Check out our full list of all the latest flight sales.