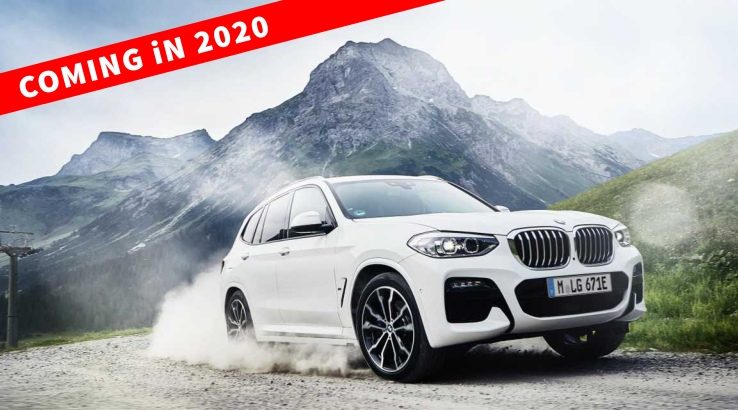 BMW is entering Australia's plug-in hybrid vehicle (PHEV) space in 2020 with the xDrive30e, adding another eco-friendly option to the German car manufacturer's range.

For those who want the economy and eco-friendly features of an electric vehicle, without sacrificing the power of petrol completely, PHEV is the way to go.

Standing for plug-in hybrid vehicle, these cars have enough battery juice to handle most commutes and day-to-day errands with minimal use of petrol. It's only on longer trips, or when you thrash your foot to the floor to look for some grunt, that you begin burning fossil fuels.

We're seeing quite a run of PHEV vehicles arriving in Australia, especially from European manufacturers looking for that line between luxury and economy. Car manufacturers are looking to retain a feeling of being sporty and powerful for the weekends, while playing it smart in the working week. For example, we recently reviewed the Volvo S60, which is an impressive entry into this space.

Today, BMW announced a new entry in the PHEV class that's gearing up for Australia. The BMW X3 xDrive30e will reach Australian shores in Q2 2020. Unfortunately, no price indication was given alongside the announcement, but this is luxury driving, make no mistake.

This will actually be BMW's seventh local entry into the PHEV space and brings with it comparable features to what was seen in the 330e.

It's AWD, distributing its 420Nm of torque between the front and rear wheels in both petrol and electric modes to maintain the sporty drive it's after. The eight-speed, four-cylinder, 135kW 2L turbo-charged engine promises plenty of zip. A generous 450L of boot space may also convince families it's worth a nudge, too.

Of course, the question here is how "hybrid" is the BMW X3 xDrive30e? The 12kWh battery powers an 80kW electric motor, capable of reaching speeds of 135km/h (depending on the driving mode selected) and lasting 55km. It's unclear whether this figure assumes there's some residual braking charge being put back into the battery while on the go.

Either way, BMW is hoping you'll get fuel economy as low as 2.1L/100km as a result and suggests six-hours is required to recharge a drained battery.

Other intriguing features to catch our eye include the ability to connect to the car via an app to access climate controls and monitor charging amounts remotely. There's also an acoustic pedestrian alert that ensures the car makes some sort of sound at low speeds to warn people you're coming in hot.

The plug-in hybrid vehicle space feels like the busiest space in the car industry at the moment, and we're seeing no shortage of vehicles competing for your dollar. Hopefully, we will get some hands-on time with the BMW X3 xDrive30e shortly and can give you our final thoughts. Stay tuned for more.