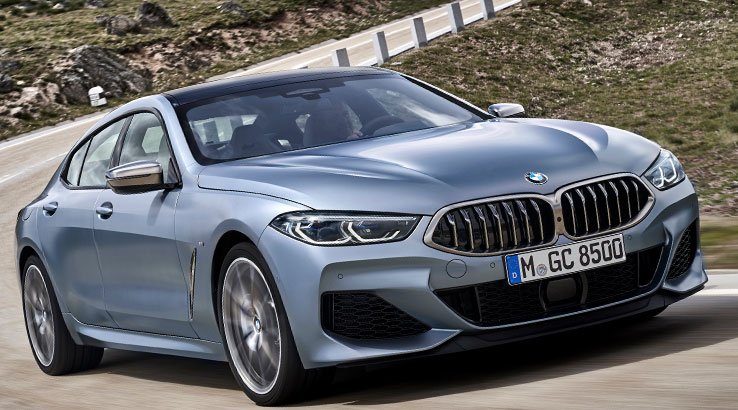 BMW: A car with unmatched ride quality and sporting prowess

Earlier this year, BMW launched the 8 Series two-door Coupé and Convertibles. Now, the German performance luxury vehicle builder is bringing a four-door version to our shores.

Mr Pawah was also eager to point out that the new model stands out in the market.

"It is the only model in its segment to be derived directly from a two-door sports car, making the 8 Series Gran Coupé the perfect blend of luxury and performance," Pawah observed.

The 840i model is powered by a turbocharged, inline-six, 3.0-litre petrol engine. BMW claims this power plant is good for 250kW and a sizeable 500Nm. Those figures mean that 0-100km/h takes a not-to-be-sniffed-at 5.2 seconds.

If that's not enough for you, the M850i has been developed in partnership with BMW's legendary motorsport division. Consequently, it's loaded with a fire-breathing 4.4-litre V8 twin-turbo petrol. This power plant kicks power up to 390kW, a 64.1% shot in the arm, and it has a ridiculous 750Nm on call. It'll dispatch 0-100km/h sprints in a snarling 3.9 seconds.

BMW opted to use an eight-speed sports automatic gearbox, with paddle shifters on both Gran Coupé models.

However, having a performance power plant is no good if the car can't travel around corners in a controlled manner. To achieve sorted handling, BMW developed a stiff chassis architecture and bolted on M-adaptive suspension parts. There's also a clever steering system that adjusts the rack ratio and adjusts the rear wheels for a more positive feel. Finally, there's an M Sport diff, meaning the Gran Coupé will have a wealth of grip while cornering.

The M850i also benefits from a computer-controlled all-wheel-drive system. BMW says that together, these parts make the Gran Coupé "supreme".

It's fair to say that visually, this is a stunning vehicle. The design is clean-cut, crisp and a little edgy. There's also all the familiar BMW styling trademarks such as kidney grills and the Hofmeister raked flourish on the C pillars. For track-day nuts, the optional M carbon fibre package adds air curtains, mirror caps and trims around the exhaust tips. 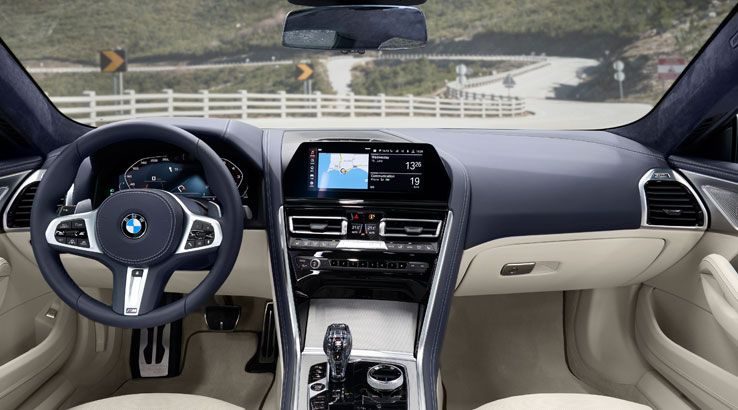 BMW interiors must meet the demands of the premium car buyer segment. It's no surprise then that the cabin accoutrements include a fully leather-upholstered dash, multi-way adjustable and contoured seats, Merino leather furnishings and a panoramic glass sunroof. Cabin lighting can be altered to reflect your mood or for nighttime driving.

It doesn't seem like a terribly impractical vehicle either, as BMW calls it a 4+1 seating arrangement. Four adults can ride in comfort, while the middle seat is designed for a fifth passenger on shorter journeys. Buyers can rest assured it also has an acceptable 440-litres of cargo storage. 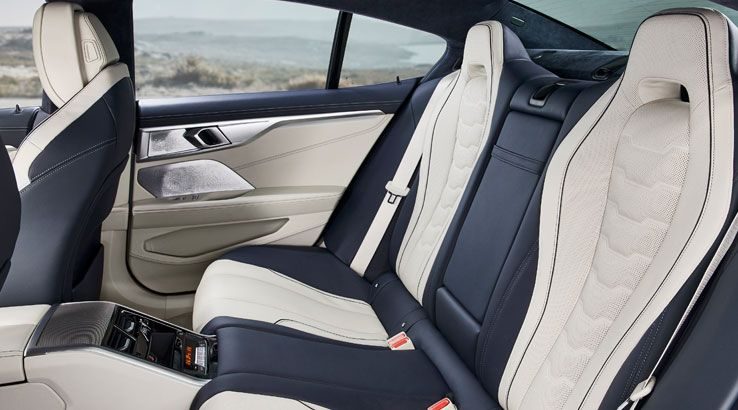 BMW has also included some swish tech. There's a 12.3-inch digital instrument screen, a head-up display and a 10.25-inch infotainment screen. Interacting with the car is done through the iDrive controller, steering wheel inputs, the touchscreen or gestures and voice commands.

There's also the rather distinctive "CaringCar" feature. If you need to relax, for example, the Gran Coupé can set the climate control, lighting and sound system to help you unwind. Of course, the model also has a range of intelligent driving assists for safety and convenience.

All these come together for a very high-end feeling vehicle. Other elegant touches range from soft-close doors to wireless phone charging and power sunblinds.