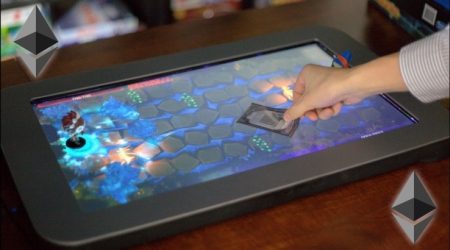 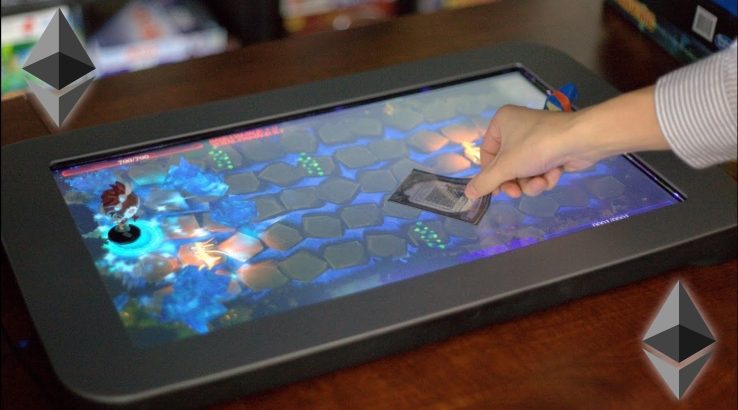 Despite the arrival and mainstream success of video games, there remains a hardcore, highly engaged audience for traditional tabletop experiences. There is, of course, a lot of crossover between the two groups and, especially following the arrival of powerful tablets, a range of electronic experiences have appeared that take tabletops to the next level.

That level has just been increased, compliments of the San Francisco-based Blok.Party.

The PlayTable is an Android-powered tablet-like device that differs from your traditional tablet through the inclusion of 72 Radio-Frequency Identification (RFID) antennas situated within the device. Fans of amiibo and Skylanders will know the technology well as this is the way that information is transmitted between the computer software and a toy or card. In addition, the tablet has all the touch-based controls we’ve come to expect from this kind of device and offers support for eight players.

In announcing the PlayTable, Blok.Party CEO, Jimmy Chen, said that:

“An unfortunate part of my adulthood has been [about] an increased difficulty in getting together with friends in real life to laugh, scheme and have fun together. We made PlayTable to bring people together and rediscover the magic of the communal gaming experience. Play, especially open and social play, requires this kind of tangible, visceral interaction and that’s really what PlayTable fosters.”

From the initial announcement trailer, which you can see below, it’s clear the intent is for PlayTable to be a platform that runs a number of different tabletop experiences. This includes the likes of Catan, Codenames, Ticket to Ride and Battlegrid. The creator is also billing it as the world’s first blockchain-powered console.

How does PlayTable use blockchain?

While the integration of physical toys into virtual worlds is now well-established in the gaming world, PlayTable offers two distinct variations to the formula. The first is the ability to attach RFID stickers to any object. This ties into the tabletop experience by allowing players to create or craft their own physical avatars, which they can then use in games. This is particularly exciting when you pair the concept with other emerging technology such as 3D printers and VR creation software.

The second, is the use of the Ethereum blockchain.

PlayTable effectively runs on an Ethereum OS. The blockchain is used to store information and ownership about every toy, object and card used with the PlayTable. As you use the console, your characters will level-up their stats, collect items, set records and otherwise improve. By recording this information within the PlayTable blockchain, which Blok.Party has forked off the popular Ethereum blockchain, the developer ensures each toy is unique and owned by the player.

This allows the player to not only bring their character seamlessly across games, but also empowers a decentralised, secure trading economy among the community. With trading a huge part of the tabletop and even the card collecting game (CCG) genres, it’s an innovation that is sure to turn heads.

PlayTable is expected to be released later in 2018.

What is Ethereum? A beginner’s guide to Ether (ETH)