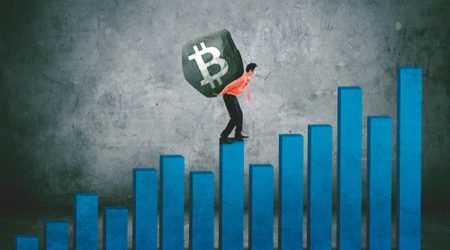 CEO Larry Fink has clarified that BlackRock is only interested in cryptocurrency from a safe distance.

News recently broke that BlackRock, the world's largest investment manager with $6.3 trillion of assets under management, had set up a working group to investigate bitcoin, and the potential of investing in bitcoin futures.

BlackRock CEO Larry Fink has since walked the statement back down, clarifying that the firm is more interested in blockchain technology, and that its interest in bitcoin and cryptocurrencies is so far restricted to examining how they perform, and how the technology works.

"I don't believe any client has sought out crypto exposure."

When asked whether he felt that BlackRock needed to be prepared for future interest, in line with Goldman Sachs and Morgan Stanley moving into cryptocurency in response to client interest, Fink's reponse was simply "not the moment, no."

"There is elements of people who are looking to trade it. I have not heard from any one client who's looking to buy cryptocurrency at this time."

He didn't rule out the possibility of being involved in the future though, and named the need for openness and transparency as one of the hurdles to be overcome first. When it is, he said, cryptocurrencies might be explored as a potential alternative to all currencies.

"When it becomes more legitimised, the true open nature of it, that you identify who the players are on both sides, that's when we'll probably look at it as an alternative to all currencies."

Right now, he said, BlackRock's interest in cryptocurrencies is from a distance, and is just limited to observations which can be tied to other products, and blockchain technology itself.

It seems statistically extremely unusual that BlackRock, the world's largest investment management firm, seemingly doesn't have a single client requesting cryptocurrency exposure. Because by the numbers people are very interested, many other smaller and very traditional institutions report strong client demand for crypto and there are compelling statistical cases for a small allocation even with prices being down.