Black Widow and Cruella to hit Disney+: Is the cinema cheaper? 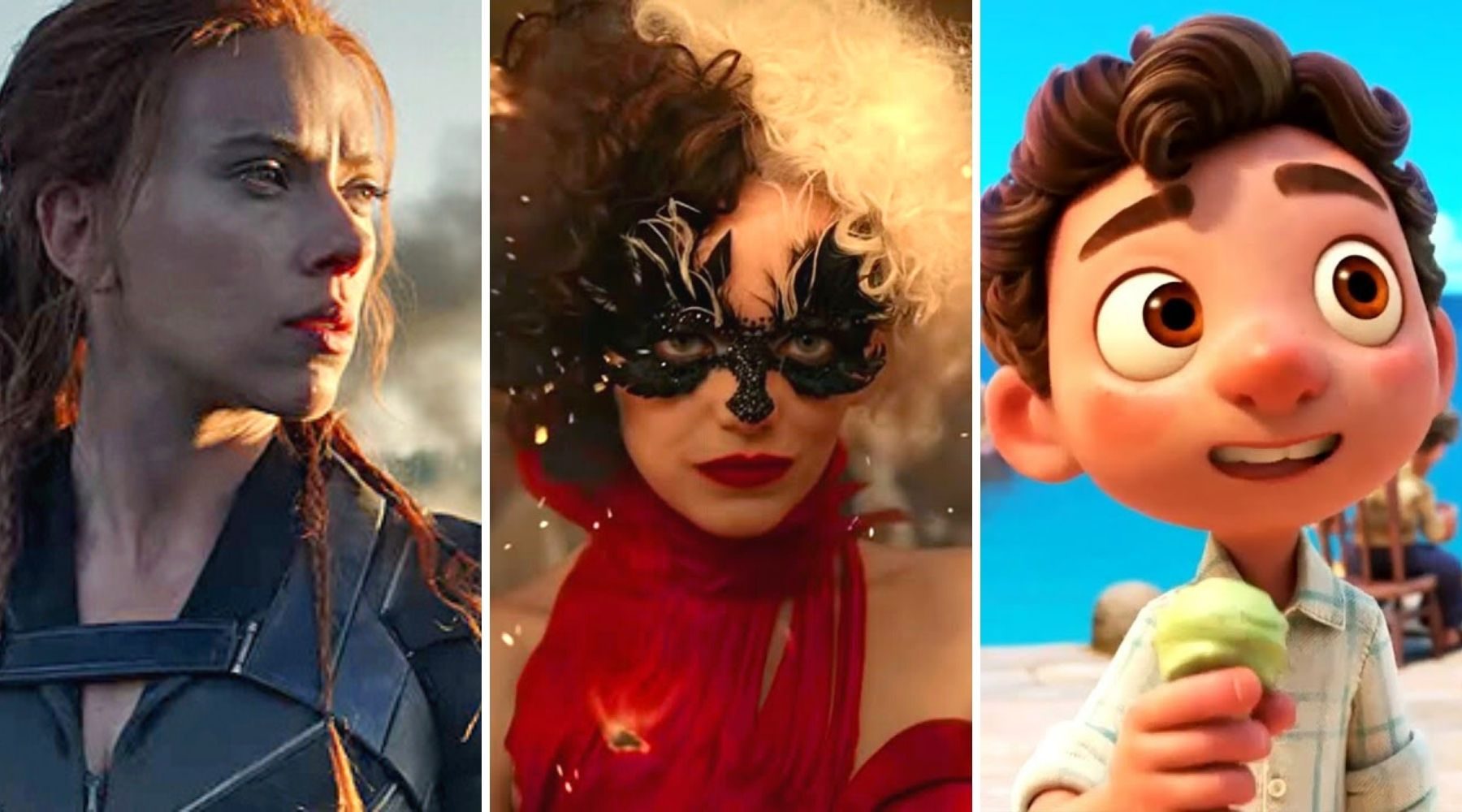 The two blockbusters will become available on Disney+ for an extra fee on the same day they open in cinemas.

It turns out, box office normalcy won't be achieved anytime soon. The past year has been a tough one for cinemas due to the COVID-19 pandemic. They're currently open across Australia, but there's not really a lot to watch. Even Zack Snyder's Justice League arrived exclusively on streaming.

Plus, WarnerBros. shocked the industry with plans to release its upcoming slate of highly-anticipated titles on HBO Max in the US on same day as they start showing in the cinemas. Think huge movies like Godzilla vs. Kong, Matrix 4 and Dune.

Disney, meanwhile, has been more patient with announcing what it plans to do with its delayed titles. Soul made its way to Disney+ in time for the holidays, and now Raya and the Last Dragon is available with Premier Access on the platform as well. It looks like the strategy is working, so more movies will head to the popular streaming service soon. The list includes Cruella and Marvel's Black Widow.

Cruella and Black Widow are two of the year's biggest "event" films, so the news that they'll get a simultaneous theatrical / Disney+ Premier Access release comes as a bit of a surprise.

Cruella is set to arrive on 28 May, while Black Widow will drop on 9 July. Moreover, Pixar's newest movie Luca will go directly to Disney+ starting 18 June, skipping cinemas all together (where Disney+ is available).

Black Widow was initially supposed to hit cinemas in May 2020 and was postponed multiple times due to the pandemic, so the fact that it will be on Disney+ the same day as its theatrical premiere is… weird.

But hey, we're just happy we'll finally get to see it. Plus, there's a very good chance it will beat streaming records while also doing well at the box office, which may be what Disney is aiming for.

Should you watch at home or hit the cinema?

In terms of price, Premier Access costs $35, on top of a Disney+ subscription, which is currently $11.99 per month. That brings your total for streaming Black Widow or Cruella at home at $46.99.

Meanwhile, the average cost of a cinema ticket in Australia is just $14.23. At first glance, you might think that it would be cheaper to watch the movies on the big screen.

Then there's the food side of things. What's a trip to the movies without popcorn or a choc top. Cinema snack bar prices are exorbitant. HOYTS is currently advertising an online offer for a regular size drink, choc top and regular popcorn for $16.

You can head to your local supermarket and get four packs of microwave popcorn for $5.55, a 2L bottle of Coca-Cola for $2.85, splurge on expensive ice creams like a four-pack of Magnums for $10.50 for a grand total of $18.90. Which would at least feed one to two people.

Factoring in the cost of the snacks, drinks and extra tickets it's easily more affordable to organise your own watch party, with everyone chipping in. With that said NSW and ACT residents can use the Government's Dine and Discover vouchers to reduce the cost of a cinema trip.

On the other hand, there's the experience to consider. Watching at home is chill. You can wear comfortable clothes, pause to go to the bathroom and indulge in snacks without needing to sneak them into a theatre.

However, there's a special feeling associated with watching a movie in the company of like-minded fans who have been wildly anticipating it for months. People cheer, people gasp, people cry. When you do it together, it's more special.

At the end of the day, it depends on what kind of a consumer you are. We're pretty sure that a lot of movie buffs will choose both options – seeing it in cinemas first, then buying it on Disney+ if they enjoy it.

After all, you can't pause at your favourite scene in the cinema and Premier Access allows you to stream the movie as many times as you want, as long as you keep your Disney+ subscription which currently gives you access to over 1,800 titles.

If you plan on just waiting it out for Black Widow or Cruella to end up on Disney+ expect a three-month wait. That's how long it took Mulan to move off Premier Access and onto the regular Disney+ library.

Why are these movies such a big deal?

To put it simply, because Disney movies generally do well at the box office. But let's take them one at a time.

Black Widow is the first film in Phase Four of the Marvel Cinematic Universe. Marvel fans haven't gotten a film since Spider-Man: Far from Home, which came out in 2019.

Add in the fact that the title character is a popular Avenger, the movie has been in the works for years and Natasha was dealt a tough hand in Avengers: Endgame, and Black Widow is sure to make a splash. The movie is set after Captain America: Civil War, as Natasha Romanoff (Scarlett Johansson) unravels a conspiracy that has something to do with her past as a spy.

Next, Cruella has divided people online due to its premise: It follows the exploits of Cruella de Vil, the villain from the Disney film 101 Dalmatians. You know, the woman who wants to kill adorable puppies for fashion purposes.

It's a prequel, so it's supposed to show us what drove her to become so vile. Some people are sceptical, arguing that an origin story won't do much to give her any redeeming qualities. Other people are thrilled because the trailer looks great and the talented Emma Stone plays the titular character. One thing's for sure: Both types of people will tune in to see if they were right.

Finally, Luca is a Pixar production, which tend to be huge hits among kids and adults alike. The movie is set in a seaside town on the Italian Riviera and follows two young boys who are having fun in the sun. Sea monsters are also involved. Oh, and this movie will be available to Disney+ subscribers at no extra fee.

Heard the news about the latest Disney+ channel? Learn more about the adult-focused Star here. Looking for cheap cinema tickets? See our round-up of discounts.