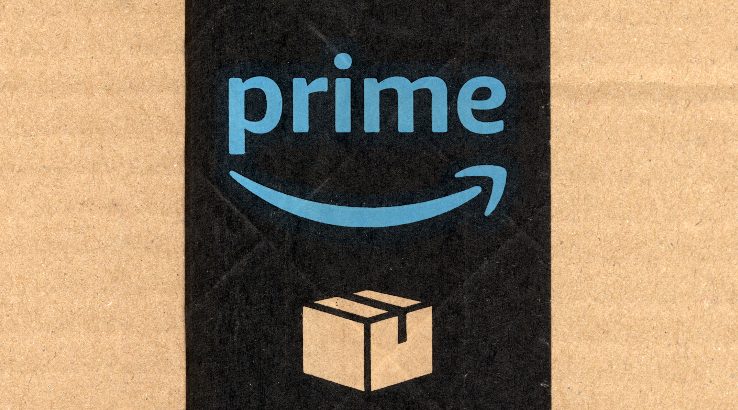 With so many Aussie retailers participating in Black Friday, how did Amazon fare?

As the biggest name in the USA's (and arguably the world's) online retail market, Amazon has had a lot to prove since arriving on Aussie shores late last year. While it didn't exactly set the country on fire at launch, the online megastore has grown steadily over the last 12 months, expanding its product catalogue as well as rolling out its Amazon Prime premium subscription service.

Still, the public attitude has remained rather cool towards Amazon Australia. Earlier this year, Amazon Prime Day saw 10 times fewer deals here than overseas and the regular day-to-day Amazon deals have yet to inspire the same level of excitement they do in the US.

Based on all this, it's not surprising that expectations were tempered around Amazon's Black Friday sale this year. To compete with established retailers like JB Hi-Fi, Target and The Good Guys, it would have to deliver significantly more deals at a higher quality than it had so far. Did it pull that off? We've crunched the numbers to find out.

While Amazon Australia still lacks the massive and diverse product catalogue of its American counterpart, its spread of Black Friday deals was quite impressive. Approximately 1,200 deals were live over Black Friday, though due to the limited stock of certain products and the staggered rollout of new deals, they weren't all available at the same time. Nevertheless, this stands as a marked improvement over Prime Day earlier this year when Amazon served up just a few hundred deals throughout the event.

That number holds up well against the offerings from local retailers, too. Harvey Norman, for instance, had 499 products on sale for Black Friday, while Target and Big W both ran with fewer than 100 deals each. In the online-only space, popular retailers Catch and Kogan headlined the Australian sales with 1,700 and 2,400 products discounted respectively.

Of course, quantity doesn't mean much if the products themselves aren't up to snuff. Branding is what drives a successful sale and Amazon Australia kept pace with the local competition here. By offering deals from its US counterpart, it served up products from brands like Calvin Klein, Tommy Hilfiger, Razer, Canon, Kenwood, Sony, Fitbit, Tefal, GoPro, Coleman and many more. While it still offered a number of deals from lesser-known brands, the split between the two was roughly on par with the likes of Catch and Kogan, Amazon's closest rivals in terms of curated online marketplaces.

As important as a diverse range of products is, the quality of a sale is ultimately determined by price. Here, Amazon Australia turned up the heat on local retailers by aggressively price-matching many competing deals, in many cases dropping its own prices before the competition even kicked off their sales. This was most apparent among tech products, where early in the week of 23 November Amazon matched deals on video games like God of War, Call of Duty: Black Ops 4 and Far Cry 5 based on pricing from Big W and Target despite both retailers holding their discounts until Friday.

Amazon continued to match the competition across PS4, Xbox One and Nintendo Switch console bundles, as well as other tech like the GoPro HERO7 Black and Sonos One smart speaker. More impressively, it went even further by undercutting many of those deals by a considerable margin, selling products like Bose Quiet Comfort 35 noise-cancelling headphones and the Razer DeathAdder Elite gaming mouse for almost half the already discounted rates offered elsewhere.

To highlight the impact of Amazon's aggressive price-matching, we compared 17 of its most-popular tech deals against local pricing from retailers like JB Hi-Fi, Harvey Norman, The Good Guys and Catch. You can see the results in the tables below:

Note: Pricing was sourced on 23 November 2018 and represents the point of time in which the data was captured. Price-matching that occurred after the data was collected will not be reflected.

Jump to the analysis

As you can see, Amazon only failed to offer the best price on one of the compared products, delivering the cheapest (or at least equal cheapest) deal in all other instances. Added up, this amounted to a total savings of $1,209 across the 17 items when accounting for Amazon's time- and stock-limited Lightning deals. That comes out as an average savings of $71 per deal. Excluding the Lightning deals, the total savings still comes to a respectable $1,099, with the average savings dropping to $65 per deal.

Of course, dollar savings can be skewed by the high cost of modern technology, so we've calculated the savings in percentage terms, too. Here, Amazon averages a 12.26% saving per deal when allowing for Lightning deals and a 10.81% saving when excluding Lightning deals.

Was Black Friday a win for Amazon Australia?

As we mentioned earlier, Amazon Australia needed to come out swinging on Black Friday to win the hearts (and wallets) of the Australian public. Looking at the data, it has done just that, offering up a broad range of deals on big-name brands and leveraging the strength of its US counterpart to undercut the local competition. Aggressive, proactive price-matching gave it a considerable edge in the lead-up to 23 November and a wave of deep, market-leading price cuts on popular products like the Nintendo Switch and the Xbox One X maintained that momentum throughout Black Friday itself.

Amazon Australia might have some way to go before it can rival the prominence of its American forebear, but if Black Friday is any indication, it's heading in the right direction.