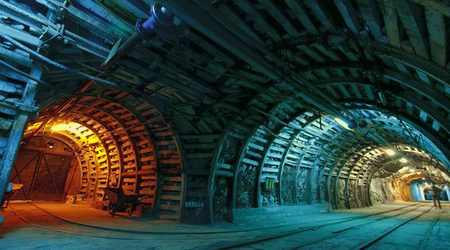 You either trust it or you don't, and Bitmain's mildly fishy disclosures can't change that.

Bitmain, the world's largest cryptocurrency miner and manufacturer, has introduced a new policy of catch-22 hashrate shipping disclosures going forward, along with a public stance against secret mining, hoarding and empty block mining.

The updates include a few new commitments:

Here's Bitmain's hashrate disclosure at the time of writing.

Those numbers are hard to interpret as anything other than potentially misleading at best, to completely fabricated in an insultingly obvious way at worst. This is because they're extremely small.

That particular algorithm is used for several coins, the most prominent of which are bitcoin and Bitcoin Cash. Bitmain is closely involved in Bitcoin Cash, but let's set that aside and optimistically assume that all of its SHA-256 mining is focused on bitcoin alone. 1,692.05 PH/s would mean it controls about 3-4% of bitcoin's hashpower.

That would mean it's only using about 125,000 mining machines for itself across all its SHA-256 mining, generously assuming that it's only using Antminer S9s operating at usual consumer levels of 13.5TH/s each.

For some perspective, Bitmain is thought to manufacture about 200,000 to 300,000 mining machines per month, of which at least half are probably for SHA-256. At the same time, just one of its many mining farms was holding about 25,000 machines back in August 2017 and its scale has only ramped up globally since then.

Just last April it was angling to buy up 40 acres (about 162,000 square metres) in Washington state, which by itself would be way more than enough to accommodate its entire alleged SHA-256 hashrate across about 125,000 machines.

The discrepancy between Bitmain's manufacturing and self-mining rates could be explained by them simply selling off almost all of their machines, which has undoubtedly been monumentally profitable. But just by eyeballing the physical space being occupied by Bitmain mining warehouses next to their disclosures across all algorithms it doesn't look like the numbers add up.

The numbers don't include Bitmain mining pools either, which are another matter entirely. Between the Bitmain-owned BTC.com and Antpool pools, Bitmain controls at least 35% of bitcoin's hashrate and a similar amount for other coins. Bitmain sets the templates used by these mining pools, so it functionally controls these as well.

Bitmain's fishy transparency report is vaguely reminiscent of Tether's fake audit. Just like when Tether's lawyers went through some cargo cult accounting motions, Bitmain might just be talking itself up while knowing full well that it doesn't really have to honest, transparent or accurate.

Or it might actually be completely honest and genuine. The numbers certainly don't seem to add up, but it's quite possible that they do. No one really knows the current scope of Bitmain's mining operations and like most things in cryptocurrency it's all just speculation at the end of the day.

The most likely option though is that regardless of whether or not all the disclosures are true, it's good business sense to have them there. Bitmain will continue to be subject to the same allegations either way so having these reports just gives it something to point at rather than continually denying accusations.

It might also signify a change in Bitmain's strategy and the state of the mining market. The crypto mining manufacturer market is a lot more competitive than it used to be, while Bitmain is quickly diversifying beyond mineable proof of work coins and further into the worlds of finance and technology as a whole. Bitmain might have grown big and strong through secretive and shady practices, and now that it's scaled up it might make sense to use its stature to try to enforce higher standards on the market as a whole. Essentially this move could be Bitmain trying to pull up the ladder after itself to hinder the competition.

Either way, if you don't trust Bitmain you probably won't trust its disclosures and if you do then you didn't need them. It's a catch-22 on the blockchain.