Bitmain given greenlight to set up shop in the USA, as Ant Creek 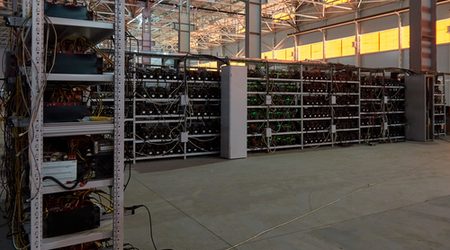 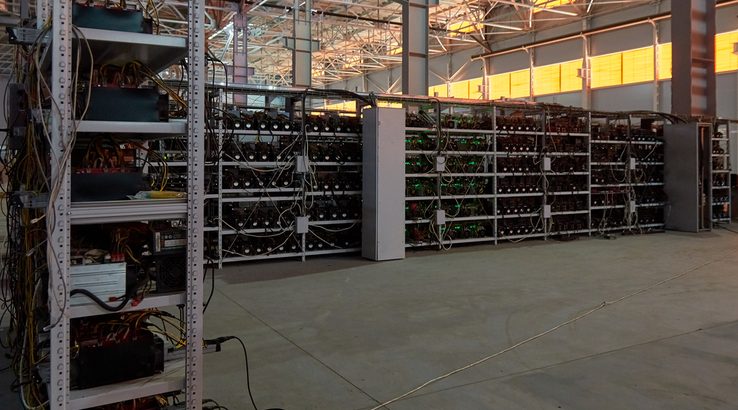 Washington state has been a popular destination for bitcoin mining outfits, with ample hydroelectric power for cheap energy, and a brisk climate to cut the bills further. The result has been an influx of mining outfits to once-sleepy riverside regions around the state.

Walla Walla might be the next semi-willing recipient of a bitcoin mining outfit, with one key difference. Rather than patchwork groups of individual prospectors and a few larger venture capital-backed mining outfits, the town is being courted by Bitmain, China's notoriously secretive multi billion-dollar bitcoin mining giant, and the world's largest manufacturer and operator of bitcoin miners by a fairly large margin. It has arrived under the name Ant Creek, headed up by Jeff Stearns.

Ant Creek aimed for 40 acres of land but was counter-offered 10 acres initially, with the option of 30 more with enough public buy-in and good results. Under the agreement, the site would provide 25 to 35 full-time jobs, while the county would pay about $440,000 to expand facilities to the site, and Ant Creek would be paying $2.5 million to build a road to the location. While Ant Creek has been given approval, it remains to be seen whether it will accept the counter-offer.

It's a locally contentious project, the local Union Bulletin reports, with the two sides of the argument broadly mirroring the divides that exist in perceptions of cryptocurrency around the world.

There are those who think the entire thing is a scam, those who are more optimistic about the technology than bitcoin itself, and of course the vast majority who aren't that into it one way or another and didn't show up to the county community meeting.

In the community meeting, during which the modified Ant Creek deal was unanimously approved by three county commissioners, Stearns described Ant Creek as a blockchain and artificial intelligence company, but after pressing eventually said the facility would ultimately be used for cryptocurrency mining, without specifying bitcoin. This didn't go down well with everyone there, and the meeting was reportedly punctuated by a fair bit of heckling, and at least one person being escorted out.

When one Walla Walla resident, Peder Fretheim, took to the floor he described bitcoin as a "very secure, very expensive way to transfer money from one person to another".

"It's not used in legitimate business," he said. "It's used for two things: transactions you want to hide from the law and speculation... If you look around and you can’t see the sucker, you are the sucker."

Others, like Norm Osterman, resented Ant Creek's efforts to soften the blow with talk of blockchain and AI, rather than just saying they were going to mine bitcoin.

"I suspect that 100 percent of the greatest part will be used for bitcoin," he said. "I think it’s misdirection, frankly."

Of the 25 people who spoke the overwhelming concern was the amount of energy, enough to power 24,000 homes, being used on relatively secretive and unknown enterprise.

"It extracts electricity and creates wealth for the owner with no trickle down," said Walla Walla resident Robb Lincoln. "Other developments also create wealth for a small handful of owners," he added, "but they also employ more people."

"Some focus was spent on describing the potential applications for blockchain technology in general... Commissioner Mike Fredrickson listed numerous possibilities where blockchain applications can have reach and meaning, including in food security," the Union Bulletin reports.

"Ultimately though Stearns said this facility will be used for the application in which blockchain has become widely associated: cryptocurrency mining. Stearns did not specify bitcoin, which residents pointed out is different from other kinds of cryptocurrency. Therein was another part of the struggle many residents expressed: The nondisclosure agreements and lack of information provided by Ant Creek... make it nearly impossible for residents to become informed and ask questions."

Australia is unlikely to experience these kinds of discussions, with energy prices simply being too high to make bitcoin mining that profitable. But that hasn't stopped the Hunter Valley council from thinking about firing up their old coal power plant to power a blockchain centre.

The sheer scale of Bitmain's plans in the USA might serve to highlight the intense competition that exists in the space, and why it's almost impossible for individuals to effectively compete. It might also hint at Bitmain's diversification strategies for the future. Not only is it diversifying internationally – to avoid putting all its eggs into one regulatory basket – but it might also be pushing more towards using its own ASIC mining rigs, rather than selling them.

With hobby miners getting edged out by high-powered competition like Bitmain itself, driving down the demand for Bitmain's mining gear, the company might also be looking at alternative revenue streams.