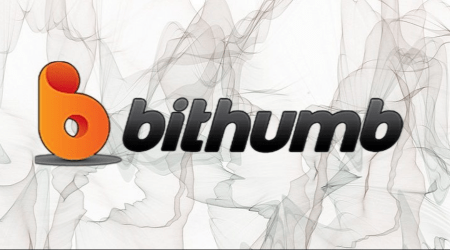 It might be partly to offer a more secure option after the recent hack, and partly to go more global.

Bithumb will be rolling out a decentralised exchange, Business Korea reports. Bithumb is one of the world's largest cryptocurrency exchanges by volume, and a heavy presence in the thriving South Korean crypto markets.

Centralised exchanges are probably the ones most people are familiar with. These include Coinbase, Bitfinex, Kraken and many more. Here, users deposit funds into the exchange which takes custody of them on behalf of the user.

By contrast, decentralised exchanges are more like matchmakers, or bulletin boards, where buyers and sellers can post their orders and prices. The exchange itself doesn't hold any funds, it just serves as a venue for buyers and sellers to encounter each other in a safe environment that can support features like automated escrow and advanced trading features.

In the relatively near future, experts are expecting decentralised exchanges and privacy-focused cryptocurrencies to be a potent combination, for better or worse. Whether the Bithumb project will be truly decentralised might depend on where one wants to draw the line. It will still be operated by a Bithumb-affiliated company, which in itself might serve as a central point of failure. For example, by providing a physical address whose doors can be kicked in, and identifiable staff who might be coerced or bribed to tinker with trades on the platform.

"Bithumb DEX will be operated by its overseas subsidiary," Bithumb said. "The company is working together with RNT only in the decentralized exchange sector."

Centralised elements aside, it might still be an eminently sensible option for Bithumb. Firstly because a recent hack may have impacted confidence in the exchange's security, and highlighted the challenges associated with comprehensive cybersecurity. And secondly because Bithumb has yet to achieve significant traction beyond South Korea. A decentralised exchange might be a more competitive and versatile addition to the global market.

"Bithumb is one of the leading global exchanges in terms of transactions but it is true that most of its users are Korean," an unnamed crypto industry source said to Business Korea. "The latest decision seems to be the company’s strategy to compete with other leading exchanges in the global market by opening a decentralized exchange that receives attention in the global market."

That Bithumb does so much volume in Korea alone might be indicative of the incredible demand for cryptocurrency in the country, and how far the hype may have extended along the Korean peninsula last year.