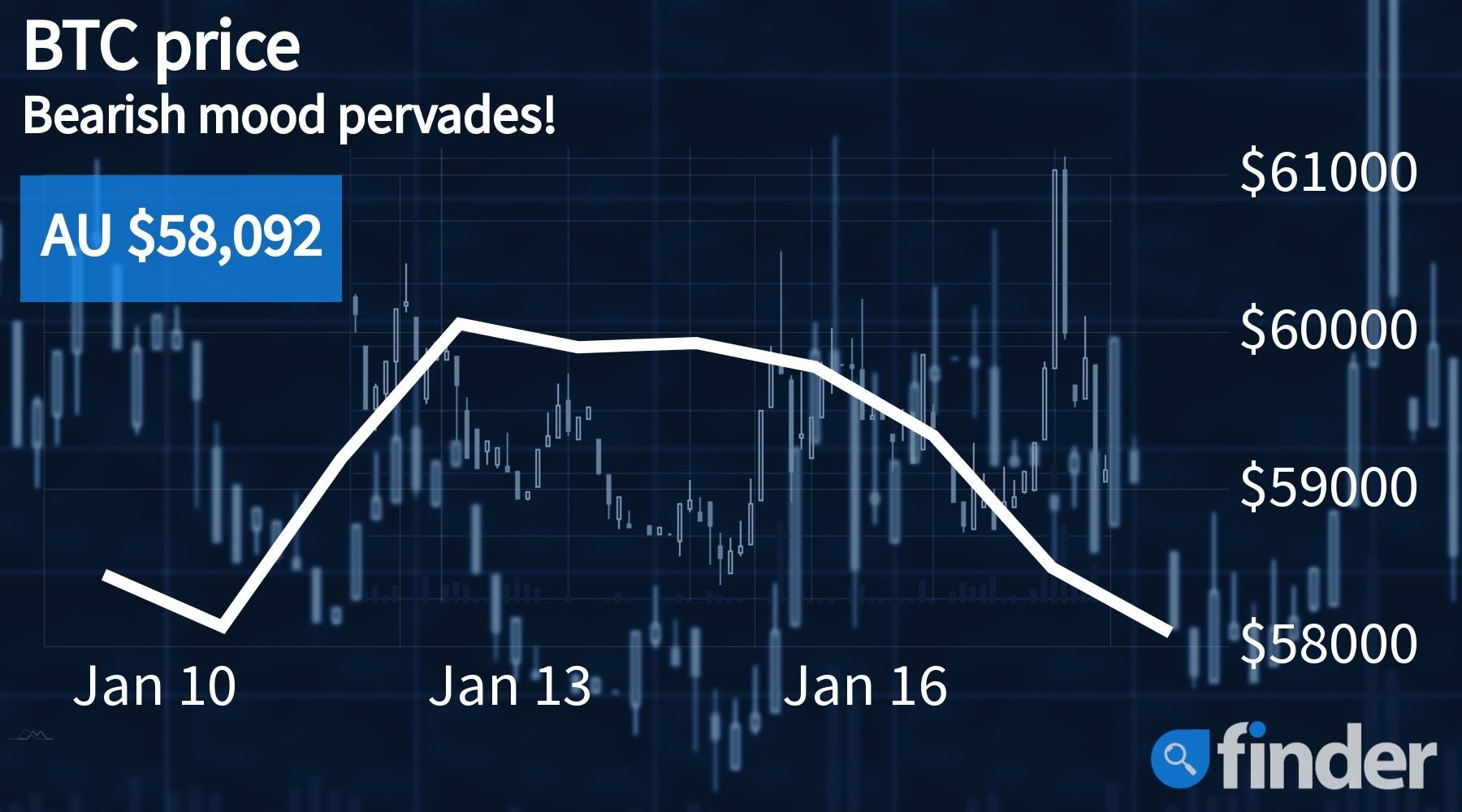 The last couple of months have seen BTCs perpetual and futures markets continue to exhibit extremely low levels of liquidity.

Bitcoin, the world's largest cryptocurrency by total market capitalisation, has continued to hover around a price point of around AUD$58,500 for over a week running, sparking fears that the coming few days may see the flagship crypto dip as low as AUD$52,500 before bouncing back. At press time, BTC is trading at AUD$59,100.

Even though the cryptocurrency Fear and Greed Index has risen from 18 to 24 over the past fortnight, the general sentiment of the market lies in the "extreme fear" zone, leading many analysts to believe that more dips may be on the horizon for Bitcoin. As per a report released by cryptocurrency research firm Delphi Digital, January has also historically tended to be extremely slow for the digital asset, a trend that the firm believes will continue into 2022.

Delphi's research wing noted that Bitcoin's ongoing weak performance could potentially be attributed to its low liquidity (in relation to its perpetual and futures markets) as well as poor open interest rates over the last 60 days, adding:

"For the most part, the price contraction stemmed from liquidity issues in the perp/futures market, which triggered a series of liquidations that exacerbated BTC's initial price weakness."

Several reports say that Intel, one of the world's largest manufacturers of computer hardware solutions, has finished working on a new BTC mining application-specific integrated circuit (ASIC unit), referred to as "Bonanza Mine". The machine is alleged to be extremely power-efficient compared to anything else available in the market at the moment. It will reportedly make its public debut at the IEEE International Solid-State Circuits Conference, which is slated to take place sometime during February 2022.

A patent for an energy-conservative mining system was submitted by Intel as far back as 2018. Experts believe that Bonanza Mine is capable of computing complex mining calculations while minimising a host of redundancies — something that will help reduce its annual power requirements by up to 15%. On the development, a spokesperson for the firm revealed:

As per a statement issued by Microsoft Corp. on 18 January, the firm revealed that it had bought out gaming giant Activision Blizzard Inc. for a sum of US$69 billion — a decision that is largely being viewed as Microsoft's efforts to make inroads into the burgeoning metaverse ecosystem.

Over the years, Activision Blizzard has helped establish itself as one of the world's most iconic game publishers, having produced legendary titles such as World of Warcraft, Call of Duty, Candy Crush, among many others.