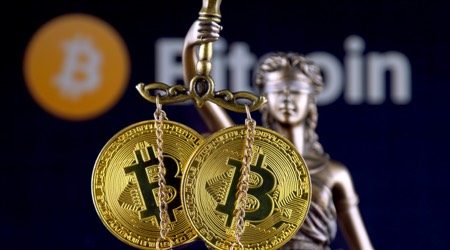 This article was originally published on 21 August 2018

Update 25 September 2020: Earlier this week BuzzFeed News in collaboration with the International Consortium of Investigative Journalists published the FinCEN files.

The culmination of years of investigative journalism, the report describes over $2 trillion of suspicious transactions that occurred from 1997 to 2017, showing that the world's largest banks are knowingly laundering billions of dollars of tainted money with the full knowledge of the US government, which has taken few practical steps to do anything about it.

The US Treasury Department protested the release of the FinCEN Files prior to the publication.

The article below regards regards Jacob Burrell Campos, who was arrested and held without bail from August 2018 until his sentencing in April 2019, where he was sentenced to 2 years in prison and ordered to forfeit over $800,000.

Following the sentencing, US Attorney Robert Brewer said: "The federal government will continue to investigate and prosecute all white collar criminals who refuse to comply with the anti-money laundering laws of the United States, and who assist others in avoiding scrutiny of their ill-gotten gains."

"Today’s sentencing of Burrell is a reminder to those illegal and unlicensed money transmitters that the laws and rules apply to cryptocurrency dealings just as they do to other types of financial transactions," added HSI special agent David Shaw.

The trader allegedly used bitcoin to launder money, without a licence to write it off as an accident.

"Security Theatre: The practice of investing in countermeasures intended to provide the feeling of improved security while doing little or nothing to achieve it."

21-year-old Jacob Burrell Campos was arrested crossing the border from Mexico to the United States and is facing trial on 31 charges, including operating an illegal money transmitting business, failing to maintain an anti-money laundering program, international money laundering and conspiracy to structure monetary transactions, according to his recently-unsealed indictment (PDF).

It's alleged that Campos moved almost US$1 million over 971 individual transactions on behalf of 900 customers between 2015 and 2017, charging about 5% in fees each time for profits of somewhere under $50,000 over the course of two years.

Campos's activities "blew a giant hole" through the legal framework of US anti-money laundering laws, said Assistant US Attorney Robert Ciaffa at the bond hearing, by soliciting and introducing into the US banking system close to $1 million in unregulated cash.

Speaking of blowing giant holes, regulated US banks are thought to handle between $500 billion and $1.5 trillion of dirty money per year, but almost no charges are ever levied even when banks explicitly fail to act on explicit warnings. Australia's Big Four banks meanwhile are estimated to move about $5 million of drug money per day. Meanwhile, Commonwealth Bank's recent charges, including a failure to punctually report 53,506 suspicious transactions and a failure to take action even after becoming aware of suspected money laundering by account-holders, only got it a very gentle slap on the wrist.

Based on the charges levied against individuals for allegedly moving small amounts of dirty money, and not levied against corporations even as they allegedly knowingly oversee constant and massive floods of dirty money through their accounts, the actual crime that gets charged is a failure to perform appropriate security theatre. It doesn't matter how much you actually hinder or help the flow of dirty money, so much as whether you're licensed to act out the motions of security theatre.

That's not to criticise banks or any other suitably theatrical financial institution – anyone's legal obligations extend only as far as following the letter of the law. But at the same time, a law is only effective if it actually has an effect on the behaviour it's intended to impact. Without actually looking at this cause and effect, the laws which are intended to make society into a better place are just a series of punitive examples.

In this case, actually combating the problem of money laundering means being fully aware that the laws are currently not working as intended. Campos's alleged crime wasn't actually laundering money, so much as laundering money without having the licences and the clout to successfully plead ignorance.

Counter-intuitively, the more experienced, licenced and better-funded an entity is, the more likely they are to successfully argue that it was all an accident and they had no way of knowing.

This is a sentiment clearly shown in Ciaffa's point that Campos only moved money across the border in amounts under $10,000 at a time in order to skirt currency reporting laws. To put it another way, Campos went out of his way to obey the law, and it's now being held against him.

Good thing no one told Campos that prepaid cards are exempt from those currency reporting laws, and that carrying more than $10,000 in cash-equivalent cards across the US-Mexico border without reporting it is perfectly legal (or at least was as of 2011 – none of this should be taken as anything remotely resembling legal advice).

This might seem like an egregious oversight, but it's not. The US Treasury Department is fully aware that cartels are using this loophole to shift large amounts of cash across the border. They just can't do anything about it because efforts to close that loophole have been blocked by Visa and other card providers.

Campos is currently being held without bail as he awaits trial. Meanwhile, the flow of dirty money around the world has not been discernibly impacted in any way whatsoever and no one is safer in any way.